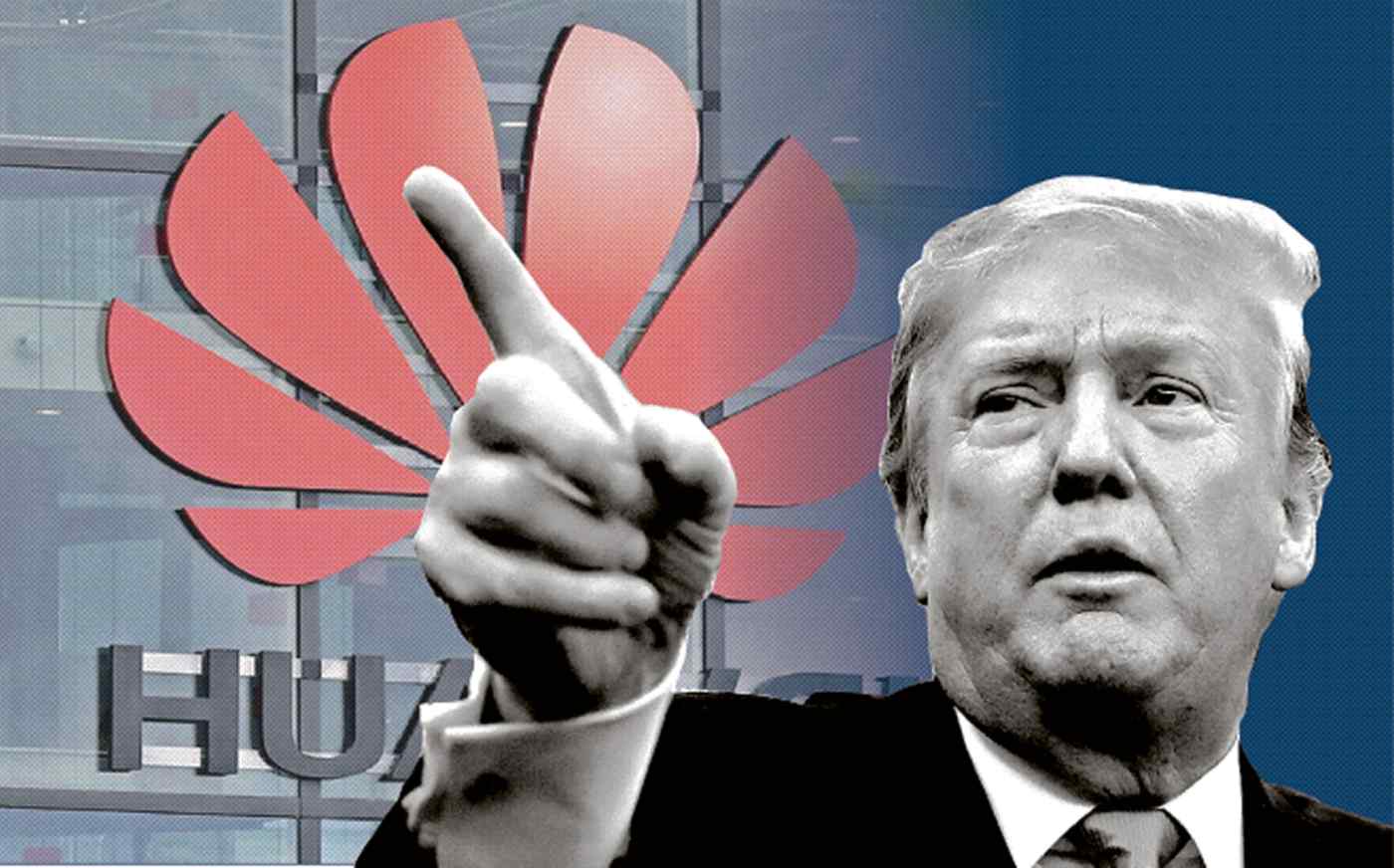 Under a listing by the U.S. Commerce Department, Huawei will be banned from accessing American technology. (Nikkei montage/Reuters)
TAKESHI KAWANAMI and ALEX FANG, Nikkei staff writersMay 16, 2019 07:02 JSTUpdated on May 16, 2019 11:21 JST | China
CopyCopied

The move significantly ratchets up American pressure on China on at least two fronts -- security and trade. Beijing earlier this month reneged on concessions it had made during five months of trade negotiations with the U.S.