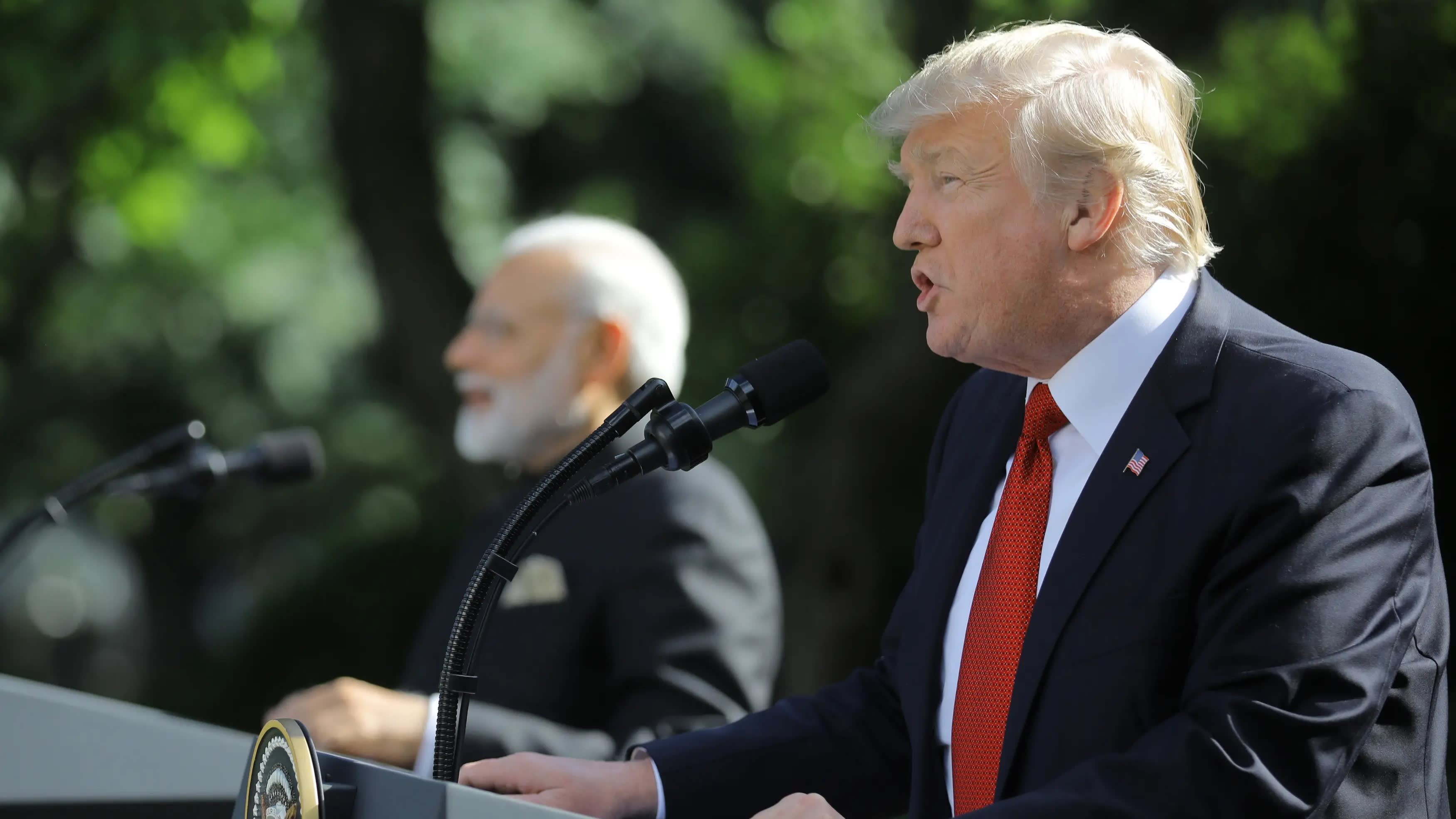 WASHINGTON/NEW DELHI (Reuters) -- U.S. President Donald Trump looked set to open a new front in his trade wars on Monday with a plan to end preferential trade treatment for India that allows duty-free entry for upto $5.6 billion worth of its exports to the United States.

India played down the impact of the move, saying it was keeping retaliatory tariffs out of its talks with the U.S., but the opposition could seize on the issue to embarrass Prime Minister Narendra Modi ahead of general elections this year.

Trump, who has vowed to cut U.S. trade deficits, has repeatedly called out India for its high tariffs, and U.S. trade officials said scrapping the concessions would take at least 60 days after notifications to Congress and the Indian government.

"I am taking this step because, after intensive engagement between the United States and the government of India, I have determined that India has not assured the United States that it will provide equitable and reasonable access to the markets of India," Trump said in a letter to congressional leaders.

India is the world's largest beneficiary of the GSP program which dates from the 1970s and ending its participation would be the strongest punitive action for the South Asian nation since Trump took office in 2017.

Reuters last month reported the planned U.S. action, which comes as the United States and China appear close to a deal that would roll back U.S. tariffs on at least $200 billion worth of Chinese goods.

The U.S. Trade Representative's Office said removing India from the Generalized System of Preferences (GSP) program would not take effect for at least 60 days after the notifications, and would be done through a presidential proclamation.

Farm, marine and handicraft products are among India's exports most likely to be hit by the U.S. step, Ajay Sahai, the director general of the Federation of Indian Export Organizations, told Reuters.

Of the 3,700 products it covers, India made use of the concession for just 1,784, Wadhawan told a news conference in the Indian capital. Countries not covered by the GSP face U.S. tariffs of 2 percent and upward.

"The benefit to industry is low, U.S. tariffs are already low," said another government official, who spoke on condition of anonymity. "GSP is more symbolic of the strategic relationship, not in value terms."

Last week, India delayed until April 1 higher tariffs on some U.S. imports announced earlier, in response to the Trump administration's refusal to exempt it from new steel and aluminum tariffs.

While impact from the GSP withdrawal will be limited, it could hurt Modi's Hindu nationalist ruling party ahead of the election expected in the next couple of months.

Modi has pointed to India's growing diplomatic heft and strategic ties with big powers such as the United States to underline his foreign policy successes.

But his own relationship with Trump has been limited, with their meetings less frequent than those of Trump and Chinese President Xi Jinping, for example. Trump was cool to an Indian invitation to attend its annual Republic Day parade this year.

India's opposition, fighting a bitter election battle with Modi, could seize on the U.S. setback to embarrass the prime minister, the official who declined to be named said.

"It can become a political issue in an election year."

That followed a drive by New Delhi to force global card payments companies such as MasterCard Inc and Visa Inc to move their data to India and higher tariffs on electronic products and smartphones.

In 2017, the U.S. protested against India's decision to cap prices of medical devices, which upset American companies.

"India has implemented a wide array of trade barriers that create serious negative effects on United States commerce," said the USTR, which estimates the United States ran a goods and services trade deficit of $27.3 billion with India in 2017.

"Despite intensive engagement, India has failed to take the necessary steps to meet the GSP criterion," it added.

Few of the items are produced in the United States as they are low in the manufacturing value chain, it added.

India's trade ministry said in a statement that the trade deficit with the United States was falling and in 2018 it is estimated to have narrowed by over $4 billion. It would fall further because of India's rising demand for energy and civilian aircraft, it said.