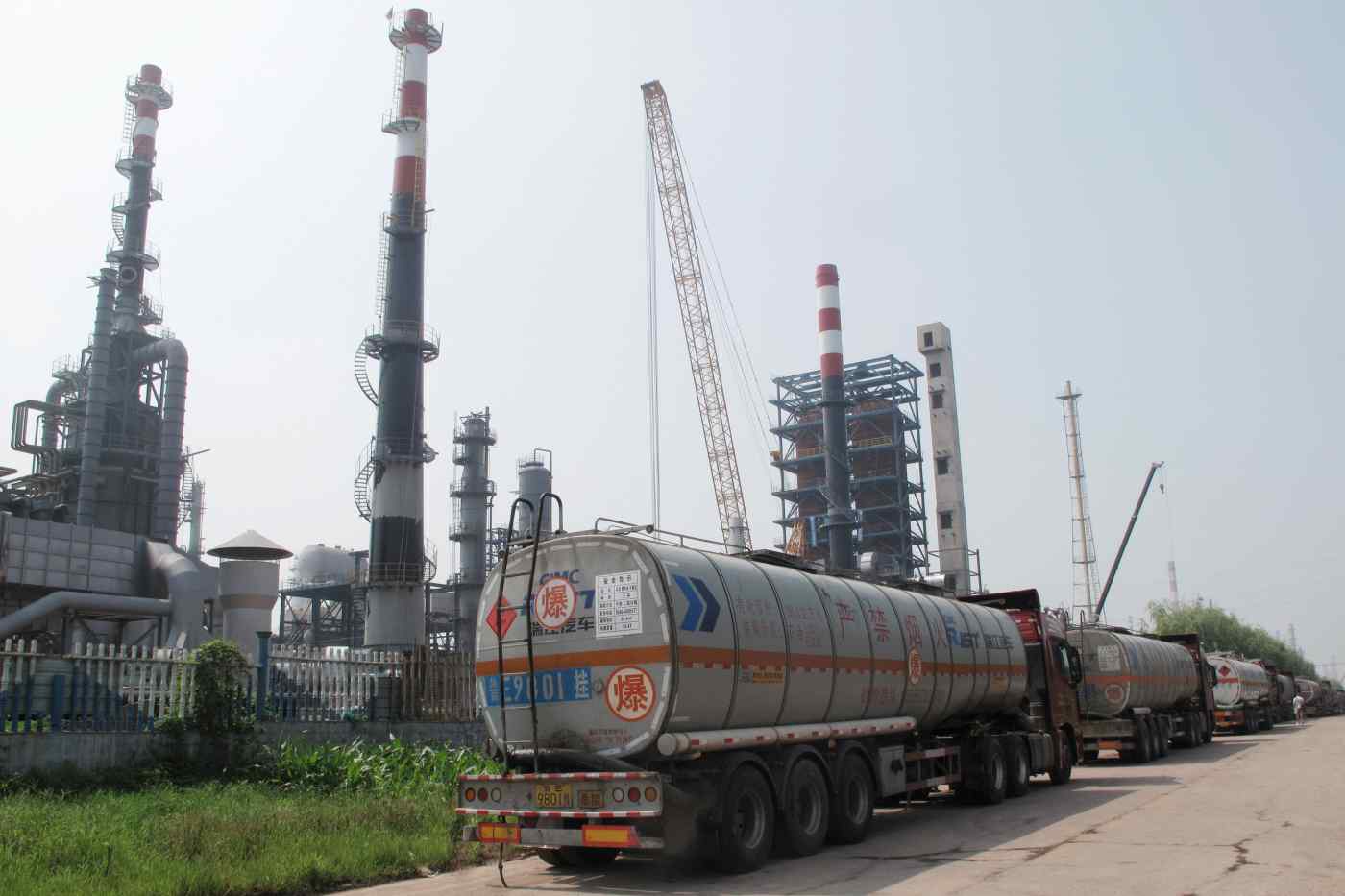 The April Nikkei PMI survey indicated the region's manufacturers were overcoming the headwinds arising from U.S.-China trade tensions, with some analysts saying the worst was over, although some economies still faced falling external demand.

When the survey was conducted in April -- before Trump announced on Sunday that the U.S. will raise tariffs on $200 billion worth of Chinese goods to 25% from 10% starting Friday -- there had been hopes that tensions between the world's two largest economies were easing.

The monthly Nikkei PMI survey asks companies in major Asian countries and regions other than China about changes in output, orders and other business conditions compared with the previous month. A PMI reading below 50 indicates contraction, while one over 50 points to expansion.

Asian manufacturers have faced difficulties since late last year due to falling overseas demand stemming from the U.S.-China trade tensions. A slowdown in the Chinese economy and a global semiconductor slump have also darkened their prospects.

In April, nine of the 15 sets of PMIs monitored by Nikkei rose versus March, while six were down. As for the PMI for ASEAN, which covers seven Southeast Asian nations, the headline index rose from 50.3 to 50.4 in April. And the new export orders index rose from 49.1 to 50.1, the first move into expansion in nine months.

The rise in the export orders "supported the quickest increase in total new orders for seven months, lending some optimism to manufacturers that have been noticeably affected by the ongoing trade war," according to David Owen, an economist at IHS Markit, which compiles the PMI survey. "With discussions continuing between the U.S. and China, firms will be hopeful that these will lead to reduced pressure from tariffs."

The April PMIs suggested "the worst might be over for the region's economies," said Alex Holmes, Asia economist at Capital Economics.

"But that does not mean a strong recovery is likely. Most of the readings still point to tough conditions for industry. Weak global growth is likely to mean that the region's export-heavy industrial sector will remain in the doldrums for the rest of the year," he said. In South Korea, the new export orders index remained in the below-50 contraction zone for the ninth month in a row, which was in line with official export data. According to the Ministry of Trade, Industry and Energy, South Korean exports in April slipped 2% on the year, an improvement from the 8.2% year-on-year decline in March.

"The decrease in exports was in part due to falling prices for semiconductors and petrochemicals, as well as a slowing Chinese economy. Other external factors, such as the ongoing U.S.-China trade dispute and stagnant world trade, also contributed to the contraction," the ministry said in a statement.

The PMI for Taiwan -- one of the worst-performing economies in the region in terms of the manufacturing PMI -- fell from 49.0 in March to 48.2 in April, dropping for the seventh straight month.

As for China itself, which greatly affects manufacturers elsewhere in Asia, the official manufacturing PMI fell to 50.1 in April from 50.5 in March, clouding the picture for the coming months.

"If the Trump administration is going to raise tariffs on $200 billion Chinese goods from the current 10% to 25% this Friday, and impose 25% tariffs on the remaining $325 billion goods as Trump said, the economic impact on China's manufacturers will be enormous, and investors' confidence will be badly hurt," said Margaret Yang, a Singapore-based analyst at CMC Markets.

That will hurt the rest of the region, which is closely tied to the Chinese value chain. Barring a last-minute change, the road looks bumpy for Asia's manufacturers in the months ahead.