A partial agreement not likely to impress market, denying US president crucial win 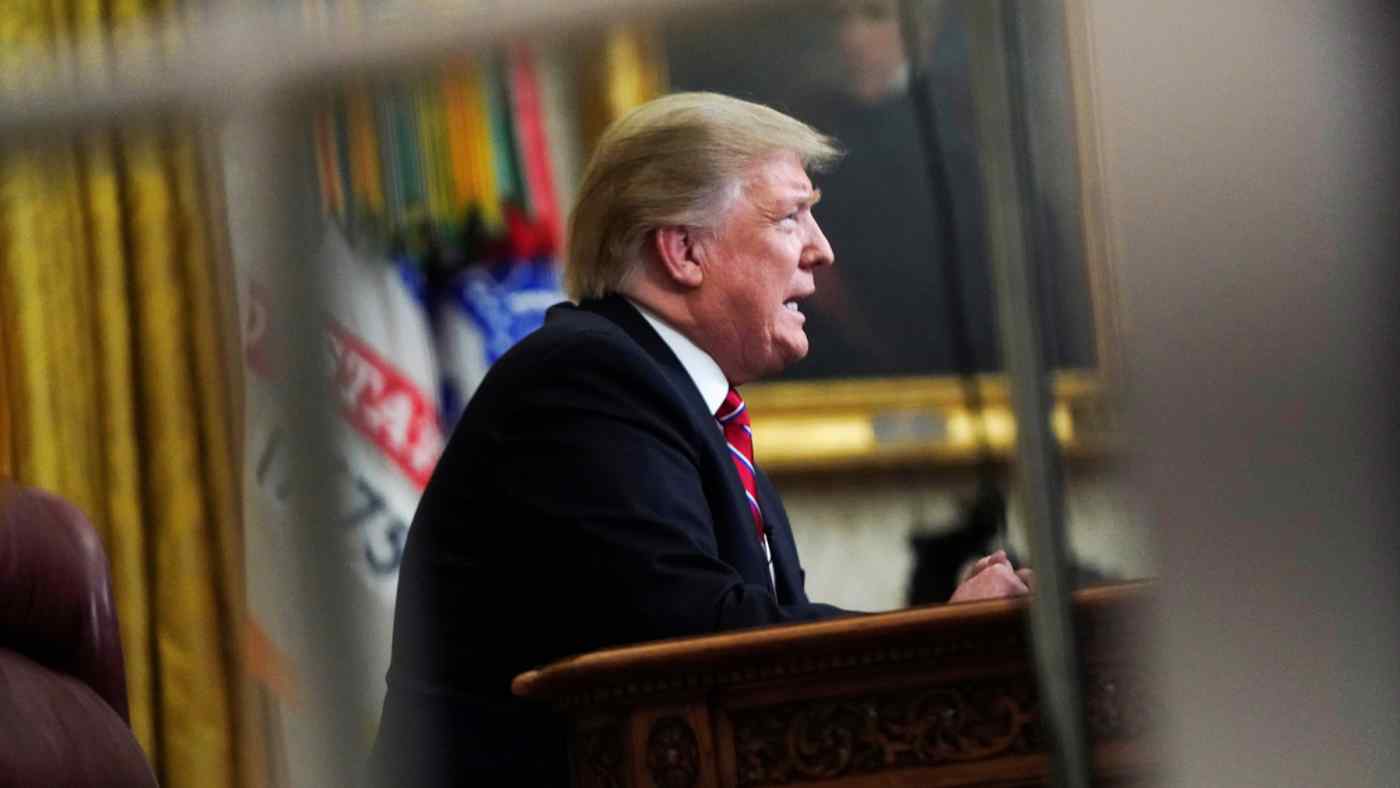 NEW YORK -- Wall Street heavyweights have doubts about the terms of a looming U.S.-China trade deal, setting up U.S. President Donald Trump for a possible disappointment in his hope for a stock market boost on the heels of an agreement.

Speaking to reporters on Friday, Trump said a trade deal with China would drive a sharp increase in the market.

"I think as soon as these trade deals are done, if they get done -- and we're working with China; we'll see what happens -- but I think you're going to see a very big spike."

However, major Wall Street players, such as Goldman Sachs, Morgan Stanley, and JPMorgan Chase, expect a deal soon -- but are not betting on a strong one, which is what it will take for another stock market rally, according to analysts.

"No," Morgan Stanley Chairman and CEO James Gorman said that day, when asked if a China trade deal will be a game changer for the stock market. "The market has been observing the trade talks for a while," Gorman said at the Council on Foreign Relations in New York. "There will be some deal involving some set of victories and some sheets of paper, and warm hugs and hand shakes will take place, but the fundamental challenges on global trade will not be resolved in the next days, weeks or a couple of months. It's a multi-decade issue."

While saying that the deal would help clear the uncertainty of a trade spat unraveling into a true trade war, Gorman said that the market is "savvy enough to see" that any rally would not be a meaningful one.

Morgan Stanley's chief U.S. equities strategist, Mike Wilson, said that "a removal of the existing 10% tariffs would be better than our expectation," adding that even so, "much of it has been priced in."

A recent Goldman Sachs report released this month says that although there is a "75% probability" that a formal agreement will be announced at a summit between Trump and Chinese President Xi Jinping expected in the coming weeks at Trump's Mar-a-Lago estate in Florida, the deal will likely "lack specifics in many areas" and that more work will be needed to iron out the technical details after the meeting.

JPMorgan also foresees a partial agreement between the U.S. and China but no rollback of existing tariffs.

When Trump announced in late February an open-ended delay of the 25% tariffs to be imposed on $200 billion of Chinese goods, U.S. stocks rose sharply but have since subsided. Arthur Kroeber, head of research at Hong Kong-based financial services company Gavekal, said Trump is "very sensitive" to market movements.

The U.S. president has suffered a series of recent setbacks, from investigations by House Democrats into his connections to Russia and possible abuse of power to last month's failed summit with North Korea.

Trump "has a lot of political problems at home. He needs a win," Kroeber said at a recent briefing at the Asia Society Policy Institute. "So over the past couple of months we've seen a real solidification of his position, which is: 'We need a deal, we need it now, and I'm not gonna wait for us to solve all of the structural issues that we have with China.'" But investors, who have digested positive headlines about trade talks in recent weeks, will probably want to see a more substantial deal.

"Now the markets have adjusted for that, people are starting to say, 'You know what, we'll see how good this deal really is,'" said Nathan Thooft, head of global asset allocation at Manulife Asset Management.

"The specifics do matter as it pertains to which tariffs go. Is it going to address some of the structural issues around IT and intellectual capital? Things like that," he said. The formal announcement of a trade deal will also be a "sell the news" moment, according to Morgan Stanley's Wilson.

"We predict a five to 10 percent correction in major equity markets after the inevitable exhaustion that comes with these kinds of short-term euphoria," he said.

Beyond the near-term tariff threat, Wall Street is also braced for additional risks from U.S.-China trade tensions in the long run.

JPMorgan, in a March 1 report, warned of a shake-up of the global supply chain, which is already seeing factories moving out of China. Non-tariff actions can be equally damaging to the economy and financial markets and challenge China's efforts to upgrade its economic structure.

"We think the trade frictions between the U.S. and China are just the start of a changing bilateral relationship that will reshape the global economic and geopolitical landscape in coming decades," the report said.

The U.S. and China have been in a trade dispute since early 2018 after Trump slapped tariffs on Chinese goods, including steel, aluminum and solar panels. Beijing responded with its own tax on U.S. goods, from cars to soybeans.