Tariffs take toll on Coke, home prices and cars ahead of midterms 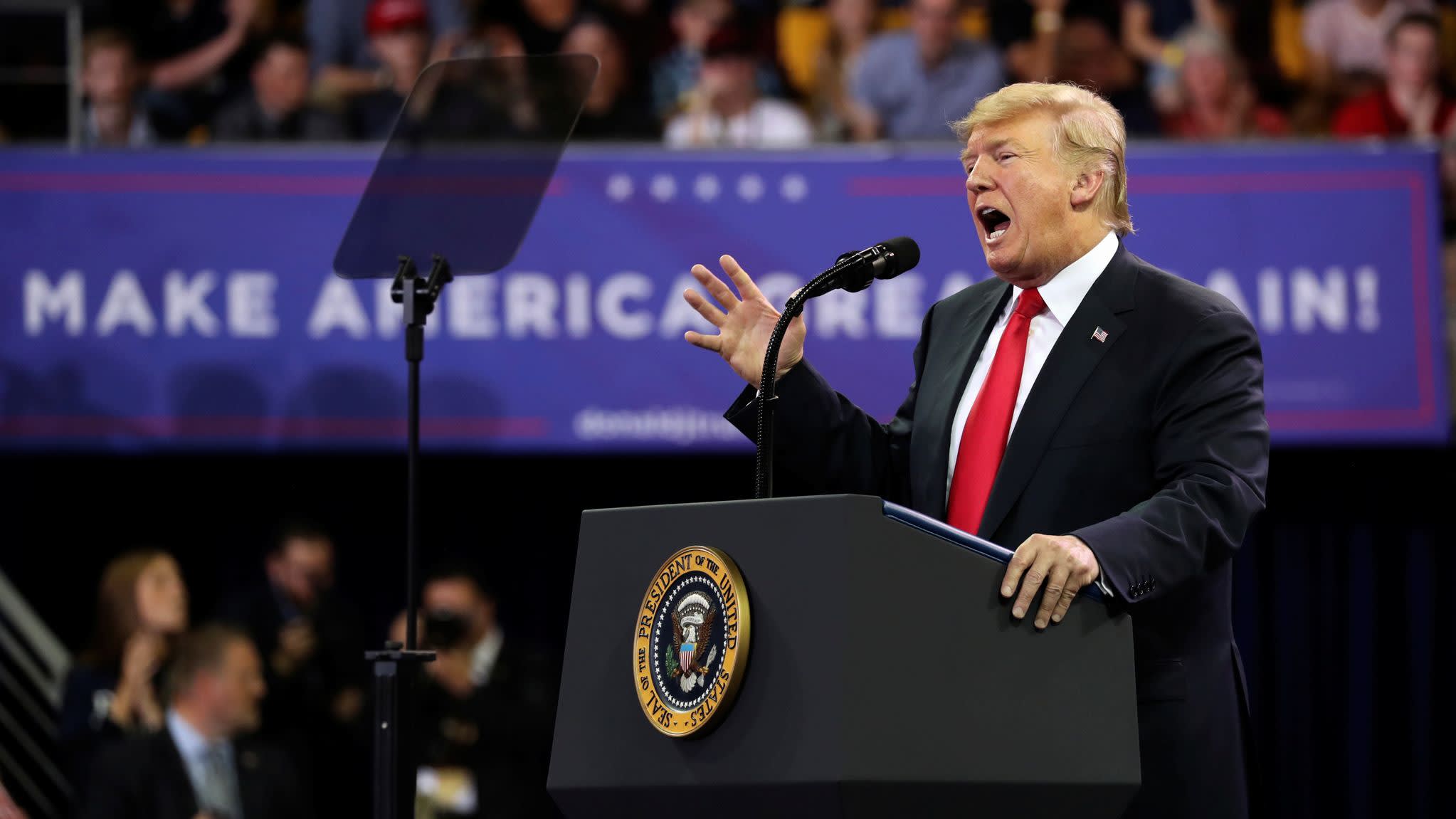 Trump is taking a hard line on China to excite his base, which heavily supports the tariffs, as the U.S. economy emerges unfazed from the trade war's opening salvos.   © Reuters
TAKESHI KAWANAMI and TETSUSHI TAKAHASHI, Nikkei staff writersAugust 3, 2018 07:49 JSTUpdated on August 3, 2018 09:06 JST | North America
CopyCopied

WASHINGTON/BEIJING -- U.S. President Donald Trump is stepping up tariff threats against China, betting that a tough policy toward Beijing will translate into congressional election victories in November, as strong economic growth at home and a tariff deal with Europe give him tailwinds. But the very policies he sees as beneficial could end up hurting his own base.

"The economy is booming, steel is coming roaring back and we are so incredibly proud of each and every one of you," Trump told elated workers in late July at a U.S. Steel mill in Illinois. The Granite City mill suspended operations in 2015 but went back online in June. The administration's move in March to impose tariffs on steel and aluminum imports spurred demand for domestic products.

Steel prices have soared more than 40% in the last six months thanks to Trump's tariffs, with U.S. Steel's January-March sales jumping 15% on the year. But the industry accounts for less than 1% of the nation's workforce. Much of the country has seen the impact of the protective tariffs in the form of higher prices.

The steel tariffs have increased costs for automakers by $100 to $300 per vehicle. General Motors lowered its 2018 guidance for earnings per share last month on headwinds including rising materials costs.

Housing starts plunged 12% in June. In addition to higher interest rates, higher tariffs on Canadian lumber and steel have pushed up housing prices.

Aluminum prices have shot up around 30% since the tariffs took effect. Hit by higher costs for aluminum cans, Coca-Cola lifted wholesale prices on soft drinks in the U.S. -- a move expected to eventually be reflected in prices paid by consumers.

If threatened tariffs on autos or more Chinese imports are implemented, the U.S. and global economies could take much harder blows than they have thus far.

Meanwhile, China has shown no signs of backing down, with the trade conflict increasingly looking like a war of attrition.

"China is fully prepared for the U.S.'s threats to escalate the two countries' trade war and will have to fight back to defend its dignity and the interests of its people," China's Ministry of Commerce said in a statement Thursday.

Trump on Wednesday asked Trade Representative Robert Lighthizer to consider raising proposed tariffs on $200 billion worth of Chinese goods -- equal to 40% of imports from China -- to 25% from 10%. The duties are likely to take effect in September or later. Half of Chinese exports to the U.S. now face the prospect of 25% tariffs when combined with duties already implemented or announced on $50 billion of goods.

At $250 billion, the value of Washington's tariffs would exceed the $130 billion in imports China takes in from the U.S. It will thus be difficult for Beijing to simply counter the next salvo with duties of equal value. As a result, China has yet to reveal concrete countermeasures since the White House made its announcement.

Even so the U.S. decided to play its next card now because of the yuan's continued weakness, said a diplomatic source.

Chinese President Xi Jinping decided at a Politburo meeting Tuesday that the government would underpin the economy in the second half of this year with aggressive stimulus spending and a shift to an accommodative monetary policy. Given that China is allowing a soft yuan to make Chinese exports cheaper, the U.S. government concluded that 10% tariffs would be ineffective because it believes China is tolerating a soft yuan to make the real price of its exports cheaper.

Trump is taking an ultra-hard-line stance to excite his base. His approval rating has bottomed out at around 40% and is rising slightly. Among Republicans, that figure is nearly 90%, with some polls showing 75% support for his tariffs on China.

The White House is also becoming less fearful that the trade war will slow down the domestic economy. Real growth hit the 4% mark in the April-June quarter and growth is expected to continue at that pace in the current one. Commerce Secretary Wilbur Ross has called it a good time to fight.

A cease-fire with the EU has also had a significant impact. The U.S. and Europe reached a deal to shelve auto tariffs on July 25 and agreed to work together against China on issues like intellectual property and excess steel supplies.

Although Washington appears in the stronger position now, a game of chicken poses serious risks for both sides. Not only can Beijing hit back with tariffs, but it could also retaliate by restricting U.S. investment in China and boycotting American goods, for instance. Xi, meanwhile, runs the risk of being blamed for any economic downturn that results from sluggish exports to the U.S.

The U.S. economy is humming on the back of recent tax cuts, but high duties on Chinese goods could invite inflation and do damage to corporate and household finances. Side effects from aluminum and steel levies have already begun to appear, such as higher prices in the U.S. and greater costs for companies.

Monetary policy could also be affected if additional tariffs, rather than the real economy, drive inflation. The U.S. Federal Reserve has raised interest rates to curb inflation, putting the brakes on capital and housing investment. Concern is growing that more duties could put a damper on the U.S. economic recovery, which just entered its 10th year.

Although U.S. Treasury Secretary Steven Mnuchin and Chinese Vice Premier Liu He have held talks several times to resolve the situation, they have not officially met since the end of June. The USTR also revealed that behind-the-scenes negotiations have yielded little fruit.