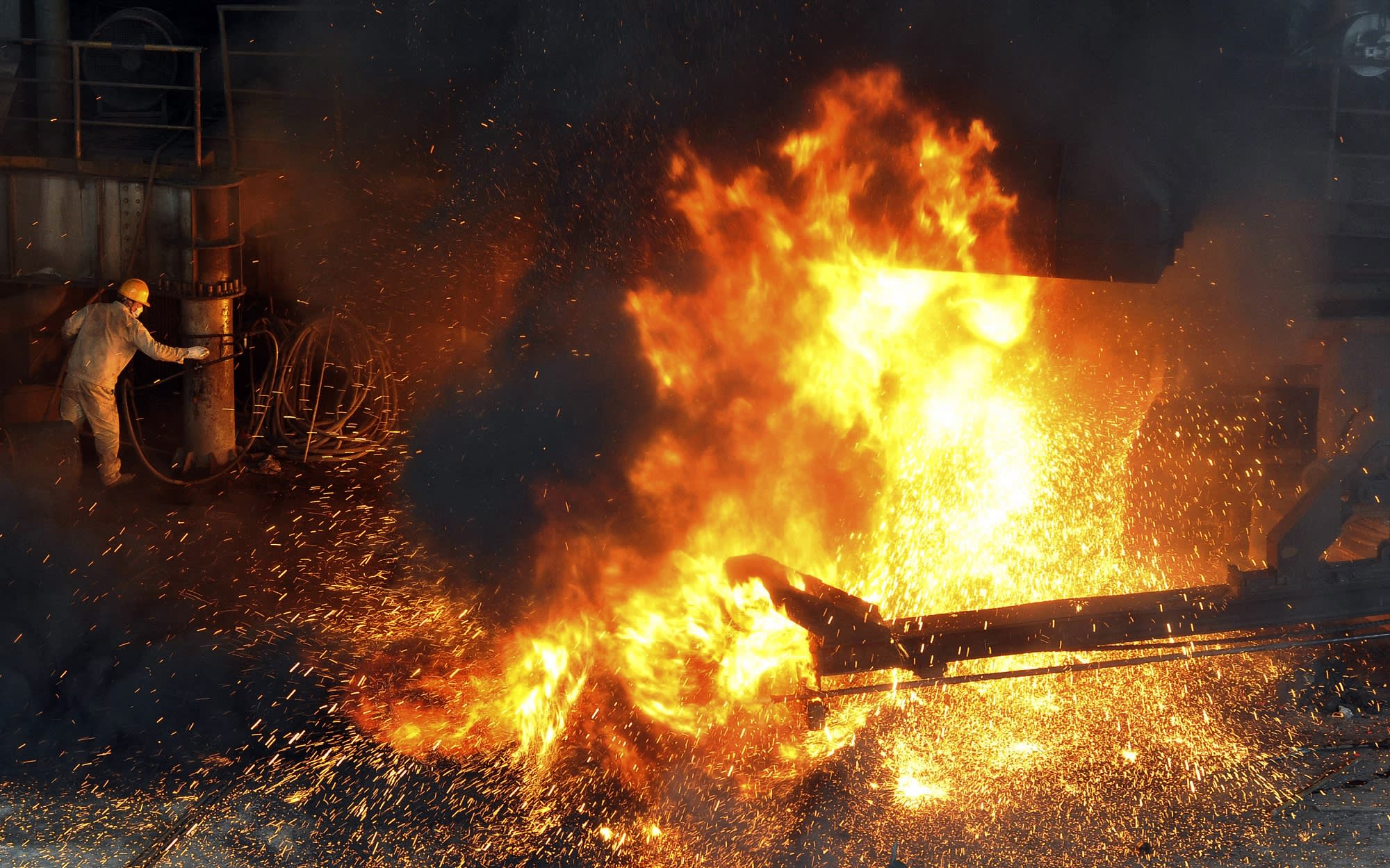 Others believe the tariffs, 25% on steel imports and 10% on aluminum, are a ploy to encourage more trade partners to come to the deal-making table.

Among countries hit by the tariffs are China and ally Japan.

The White House says it is imposing the levies based on Section 232 of the Trade Expansion Act of 1962, which permits the country to impose import tariffs for national security reasons. Trump is arguing that the dumping of steel and aluminum weakens the U.S.'s capacity to self-supply these materials, thereby undermining the nation's ability to produce military arms.

The defense industry accounts for less than 3% of steel usage in the U.S., according to estimates. This is why most see the tariffs as a move to rectify trade deficits.

Japan lobbied for an exemption but ended up being lumped in with China and other countries. Tokyo expressed displeasure at the unfriendly U.S. action.

"It is deplorable that the U.S. has introduced a tariff measure that includes Japan as a target country," trade minister Hiroshige Seko said. Canadian trade minister Francois-Philippe Champagne said his country will work with Japan and other economies to press Washington to end the tariffs, arguing that the U.S. action runs counter to free trade.

Experts say the tariffs will have a limited direct impact on Japanese exports as only 2% of Japan's steel exports go to the U.S. Japan typically exports high-quality, corrosion-resistant types of steel used to lay railways and in exploring for oil and gas.

Nippon Steel & Sumitomo Metal, Japan's largest steelmaker, believes the tariff costs can be passed on to customers in the form of higher prices, noting its products are not easily replaceable.

When Trump signed the proclamation raising the steel and aluminum tariffs on March 8, he talked about how the U.S. loses $800 billion annually on trade. "We're going to see who's treating us fairly, who's not treating us fairly," Trump said.

The U.S. remains open to removing the tariffs for individual nations, as long as they are willing to play ball on concessions. Lighthizer on Thursday told the Senate that some countries, certain allies and Nafta partners, will not be subject to the tariffs in light of ongoing trade discussions.

Cecilia Malmstrom, the E.U. trade commissioner, on Wednesday visited Washington to argue against the tariffs. Malmstrom and U.S. Secretary of Commerce Wilbur Ross issued a joint statement saying both sides have agreed to launch trade talks with the goal of "identifying mutually acceptable outcomes as rapidly as possible."

South Korea is already in free trade talks with the U.S., which is likely leveraging tariff exemptions in those negotiations. The U.S. already enjoys trade surpluses with Australia, Argentina and Brazil, so retaliatory tariffs would seem to be unnecessary in their cases.

Lighthizer on Wednesday told a House committee that the administration will decide which countries will avoid the tariff by the end of April. Japan sent Foreign Minister Taro Kono to the U.S. on March 15 to convince Lighthizer to place Japan on the no-tariff list. "We've communicated everything that needed to be said," a senior official of Japan's Ministry of Foreign Affairs said.

During his testimony on Wednesday, Lighthizer said Washington is interested in concluding a free trade agreement with Tokyo at an appropriate time.

The Trump administration is excluding certain products from the tariffs. The Department of Commerce on Monday began a screening process that would identify goods that would be difficult to procure if slapped with the duty. A typical exclusion request will go through a review not exceeding 90 days.

The Commerce Department estimates the tariffs will reduce the volume of steel imports by 36%. This will lift the average capacity utilization rate among U.S. steel producers to 80% from 73% today, according to the department.

Whether the employment situation will improve remains an open question. Due to the frequent invocations of anti-dumping duties, steel prices in the U.S. are 20% to 30% higher than the international average. Contractors and automakers would be hit with higher costs if the steel and aluminum tariffs are imposed against many countries. This, in turn, could put layoffs on the table. Some estimates say the tariffs will cost over 140,000 jobs on a net basis, even accounting for additional steel jobs.

The tariffs took effect on Friday, just after midnight in Washington and after 1 p.m. in Tokyo.