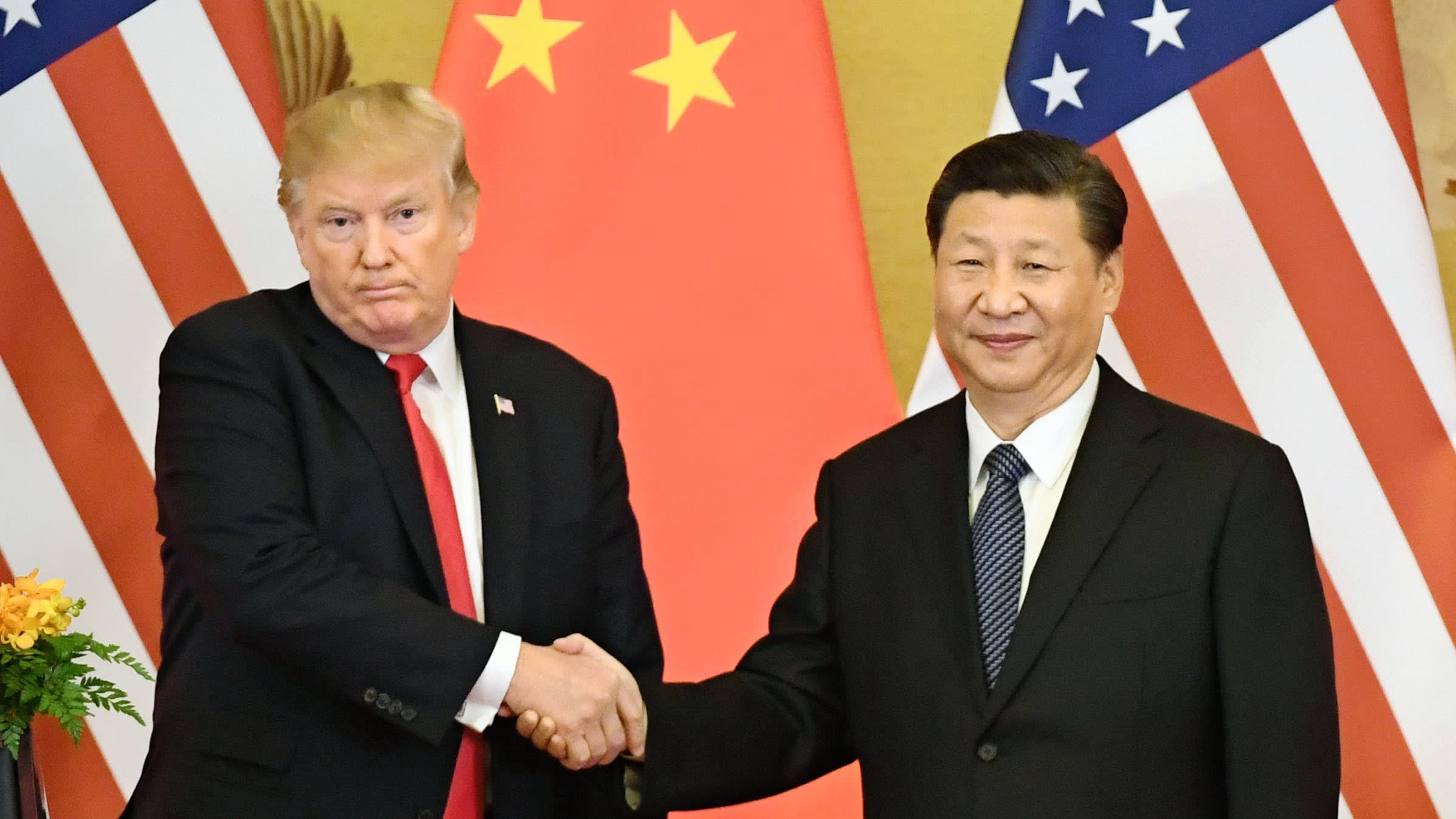 WASHINGTON/BEIJING -- Even as it brandishes tariffs on Chinese goods in response to alleged "economic aggression," the U.S. has discreetly reached out to Beijing to try to work out a deal that would satisfy President Donald Trump's goal of narrowing the bilateral trade deficit.

China, for its part, has taken a measured response to U.S. pressure, seeking dialogue to avoid a damaging trade war.

The world's two leading economies should "stick to negotiations to resolve differences and friction," Chinese Premier Li Keqiang said Monday in Beijing at the China Development Forum, which was attended by global businesses leaders including Apple CEO Tim Cook.

Otherwise, Li said, they and the rest of the world will suffer.

Trump last Thursday called for 25% tariffs on up to $60 billion in Chinese goods as part of a response to alleged abuses of U.S. intellectual property rights. But he suggested his administration could reconsider its actions depending on the outcome of talks with Beijing. U.S. President Donald Trump holds up a signed presidential memorandum aimed at what he calls Chinese economic aggression at the White House on March 22.   © Getty Images

"We've spoken to China and we're in the midst of a very large negotiation," Trump said.

A list of proposed tariff targets will be published as early as this month, and the public will have 30 days to comment on the choices before the administration finalizes them. In all, the new tariffs are expected to take about two months to enter into force. Whether the U.S. and China can reach a compromise before then remains unclear.

The U.S. wants to see concrete steps toward reducing its trade deficit with China by $100 billion over the next year. The deficit came to $375.2 billion in 2017, according to U.S. figures.

Mnuchin said Sunday on Fox News he had spoken with Chinese Vice Premier Liu He, a top economic adviser to Chinese President Xi Jinping, the day before. Washington seeks an agreement with Beijing "to open up their markets, reduce their tariffs, stop forced technology transfer," Mnuchin said.

"We are not putting [the tariffs] on hold unless we have an acceptable agreement," Mnuchin added, saying the duties on Chinese goods would not have a big impact on the American economy.

The U.S. convinced South Korea this week to allow more imports of U.S.-made cars in exchange for exempting the country from an additional 25% import tariff on steel, which the Trump administration says is justified by national security concerns.

"I think the strategy has worked," Mnuchin said Sunday, referring to the Trump administration's pressure for what it considers greater fairness in U.S. trade relations.

In response to the U.S. tariffs on steel and aluminum imposed Friday, China that day proposed its own tariffs of up to 25% on 128 goods like pork and wine. But the list did not include major American imports, such as soy beans, semiconductors and aircraft, leading to criticism at home over a "weak" response.

But this can also be read as a sign of Beijing's desire to resolve the trade dispute through dialogue. Xi, who has concentrated power around himself, wields greater authority over trade policy than other world leaders bound by stricter separations of power. Chinese officials appear confident Beijing can reach a compromise with Washington.

Overseas demand lifted China's economic growth rate in the October-December quarter by 2 percentage points. A trade war could sap this momentum, which Beijing is counting on to keep the economy rolling while it cleans up bad debt and shifts to a more consumer-driven growth model.