Japanese and South Korean manufacturers rattled by threat of 25% levy 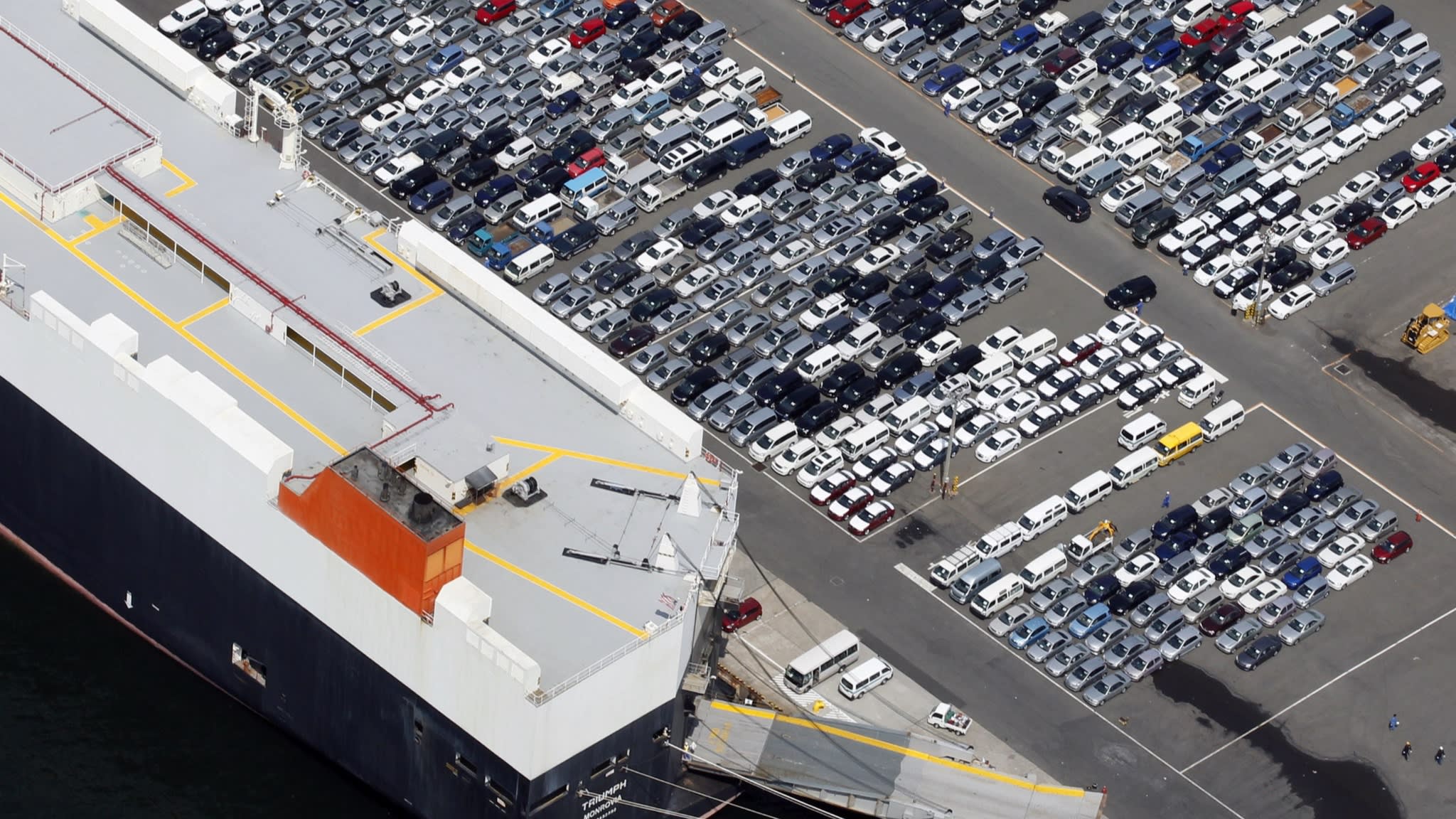 TOKYO/WASHINGTON -- Japanese and South Korean automakers are being forced to review their business strategies for the U.S. as the Trump administration considers raising the tariff on imported cars to 25% from the current 2.5% in a bid for blue-collar workers' votes ahead of the midterm elections in November.

Autos account for just over 15% of overall U.S. imports, making them the largest category of products brought to American shores. Steel, which had been the previous target of tariff hikes, accounts for just over 1% of imports. Consequently, the tariff threat on autos brings President Trump's protectionist stance to the heart of the global trading system.

If Trump were to go ahead with the auto tariff, the impact on global trade would be enormous. Japan alone ships 1.7 million four-wheeled vehicles a year to the U.S. Germany, meanwhile, ships just over $30 billion in auto-related exports to the U.S.

The impact on the U.S. economy would be large as well. Auto sales make up 11% of consumer spending, and price hikes would slow the economy. Auto dealers employ around 2 million people, twice as many as work in manufacturing cars.

While many doubt that Trump will actually go ahead with such a controversial measure, this could push more countries to enter into bilateral trade talks with Washington in hopes of getting exemptions.

Japanese automakers have been boosting output and employment in the U.S., drawing on lessons from past bilateral trade disputes. But they are keeping production of luxury cars and some other types of vehicles in Japan to maintain factory utilization and technical know-how in their home market.

The U.S. is one of the most important markets for Japanese automakers. Together, they exported more than 1.74 million four-wheeled vehicles, or 18% of Japan-produced units, there in 2017. Toyota Motor alone ships more than 700,000 a year, including under its Lexus luxury brand.

Twenty-six percent of Toyota's parent-only unit sales come from the U.S., as do 28% of Nissan Motor's and 32% of Honda Motor's. Automakers would need to bolster U.S. production in order to keep up sales there in the event of a tenfold tariff hike.

"We will be keeping a close eye on the situation," Mazda Motor President and CEO Masamichi Kogai told reporters Thursday. The company currently does not produce any of the vehicles it sells to Americans in the U.S. It plans to bring a U.S. factory online in 2021, but it fears Trump's trade policies will hit its Mexican-made cars.

Automaker stocks fell across the board in Tokyo Thursday, with Toyota falling 3%, Nissan by 2% and Honda by 3%. Mazda was hit even harder, ending the session down more than 5%.

South Korean automakers are also closely watching the situation. Of the roughly 2.53 million vehicles they exported last year, 845,000, or more than 30%, went to the U.S. The South Korean government and the Korea Automobile Manufacturers Association held an emergency meeting Thursday to discuss a response.

European players would be affected as well. Higher-end cars like Mercedes Benz and BMW are popular in the U.S., which is the biggest export market for German automakers.

Still, many doubt the Trump administration will actually go through with the 25% tariff. "I think it wants revive domestic production, but there's little chance this will actually happen," said Koichi Sugimoto of Mitsubishi UFJ Morgan Stanley Securities. "The automakers would fight hard against it, and it won't be something that can easily be accepted."