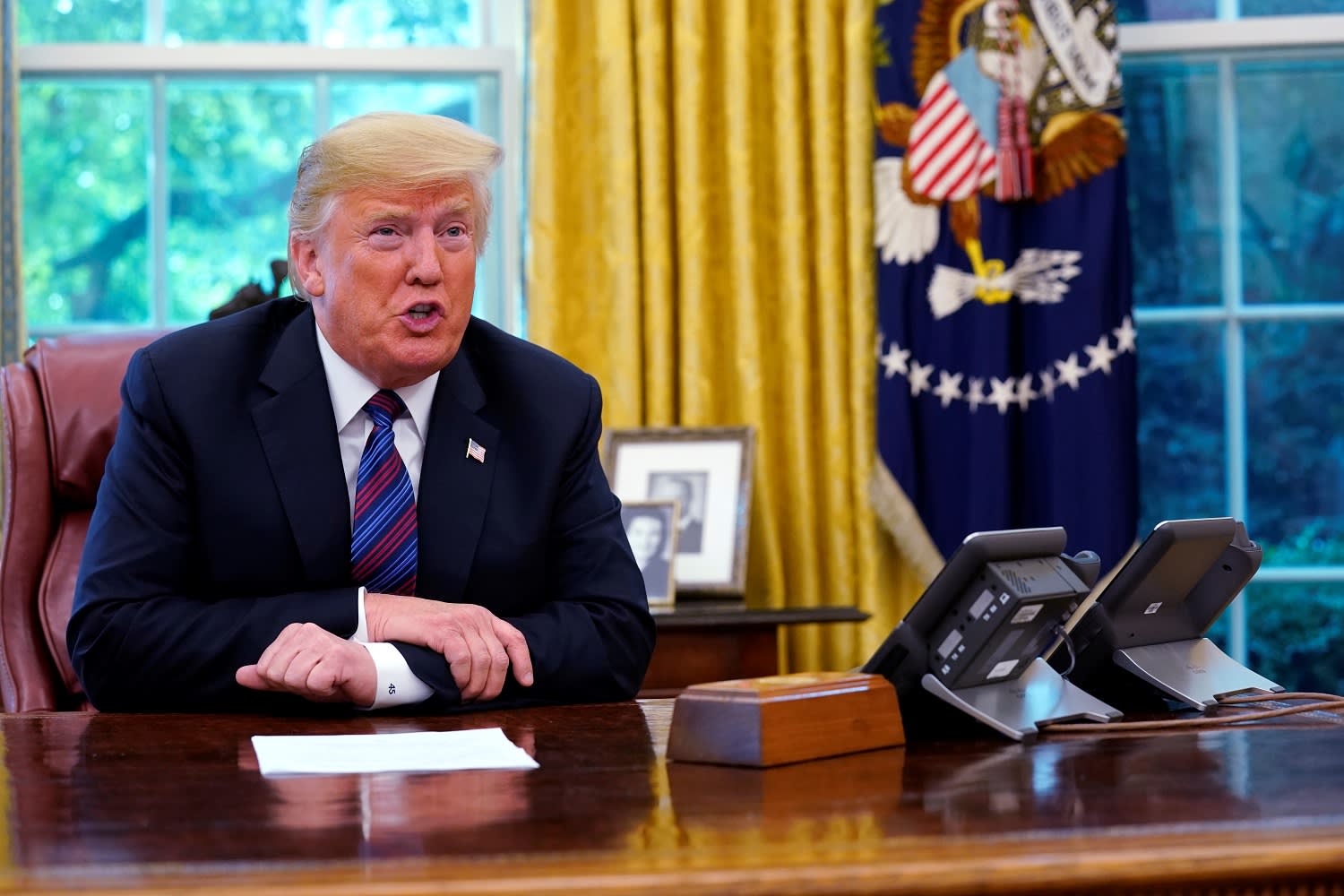 U.S. President Donald Trump speaks to Mexico's President Enrique Pena Nieto on the phone in the Oval Office as he makes an announcement on the status of NAFTA on Aug 27.   © Reuters
TAKESHI KAWANAMI, Nikkei staff writerSeptember 17, 2018 22:15 JST | North America
CopyCopied

WASHINGTON -- U.S. President Donald Trump's administration has pressured one trading partner after another to accept limits on selling steel and cars in the American market, and Japanese automakers fear Tokyo will be hit with a similar ultimatum soon.

The kind of quantitative restrictions that the Trump administration has agreed on with Mexico and South Korea worry industry voices, who say such policies undermine yearslong efforts to improve international competitiveness by building cross-border supply chains.

The U.S. deal on cars with Mexico came as part of renegotiating the North American Free Trade Agreement. Japan could face a similar demand once full-fledged bilateral negotiations on what the Trump administration calls "free, fair and reciprocal" trade begin sometime after this month.

The U.S. and Japan will begin cabinet-level trade talks later in September, with negotiations to start in earnest after a planned summit this month.

When American negotiators led by Trade Representative Robert Lighthizer announced in August that talks with Mexico had reached an agreement, officials held off on revealing the new barrier to imports of cars assembled there.

The import restrictions, backed by tariffs of up to 25%, came to light only later, prompting auto industry lobbyists in Washington to warn they would deal a "major blow" to carmakers.

To qualify for zero tariffs on autos under NAFTA, automakers must ensure that 62.5% of vehicle components are made in the region. U.S. and Mexican negotiators agreed to raise this threshold to 75%, but the Mexican side also accepted an American demand effectively capping passenger car exports to the U.S. Anything over 2.4 million vehicles a year would face high tariffs, regardless of parts content, on "national security" grounds.

Auto production in Mexico -- much of it for export -- has grown at an average rate of 10% a year, propelled by global names including Volkswagen, Toyota Motor, General Motors, Nissan Motor and Ford. At that rate, output will reach 2.4 million vehicles in 2021.

How the 2.4 million tariff-free quota is allocated remains to be seen. But if Japanese automakers receive less favorable treatment than U.S. rivals Chrysler, Ford and GM, they would see their costs rise sharply. Toyota has warned that proposed 25% tariffs on autos would hurt American consumers, raising the cost of making the Camry sedan in the U.S. by $1,800 per car.

The Trump administration is also weighing a similar tariff barrier against Mexican sales of auto parts to the U.S., with a threshold at $108 billion. These moves would shift NAFTA further away from free trade toward "managed" trade, critics say, adding that they are a clear violation of World Trade Organization rules.

American pressure for numerical limits on exports goes beyond the auto industry. Commerce Secretary Wilbur Ross has described accepting such limits as a condition for receiving exemptions from additional U.S. tariffs imposed in March on imported steel and aluminum.

That month, South Korea agreed to limit U.S.-bound steel exports to 70% of the annual average over the past three years. Brazil later agreed to a similar restriction, while Argentina, whose steel exports to the U.S. had stalled in recent years, agreed to cap growth at 30%. All three countries were spared the additional tariffs, which were also justified by the Trump administration on national security grounds.

Such restrictions create a barrier to international expansion that manufacturers cannot overcome by cost-cutting or other efforts to make their products more competitive. Capping exports from a particular country protects U.S. industry even when a stronger dollar makes imported goods cheaper for American consumers, as it does now.

Lighthizer is no stranger to trade negotiations with Japan. In the 1980s, when trade frictions were running high, he helped pressure Tokyo to agree to voluntary curbs on exports of steel to the U.S. The U.S. now imposes a 2.5% tariff on imported Japanese cars.

Costs are already going up for automakers. Steel prices in the U.S. have risen roughly 40% this year and are 60% higher than in Asia.

A trade policy watcher said that whether the European Union, a staunch defender of the rules-based international order, can hold out against the Trump's pressure for export limits will prove a watershed for free trade.