US president hints at talks drawn out until after 2020 election 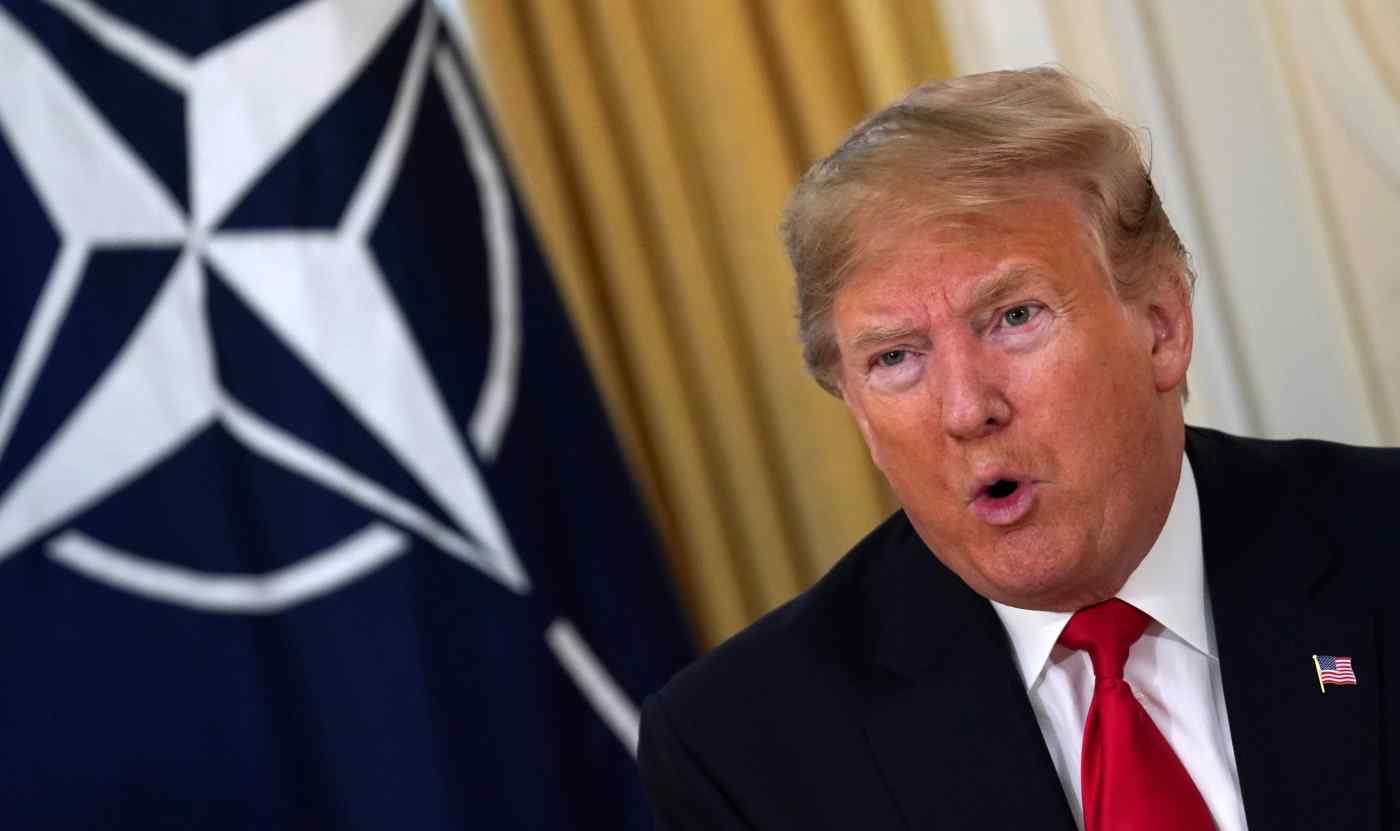 LONDON -- U.S. President Donald Trump said Tuesday a trade deal with China may not be reached until after the 2020 presidential election, suggesting the trade war could drag on and continue to hurt China's economy.

"I like the idea of waiting until after the election for the China deal, but they want to make a deal now and we will see whether or not the deal is going to be right," Trump told reporters in London during a meeting with NATO Secretary-General Jens Stoltenberg.

Trump said he has "no deadline" for the trade talks, indicating that he does not mind if the negotiations become protracted. Since the trade war began in July 2018, China's economy has slowed down significantly. The country's 6% GDP growth for the third quarter of this year was the slowest pace since 1992.

Stock prices fell in the U.S. after Trump's remarks were reported, with the U.S. potentially moving forward with hiking tariffs on Dec. 15. The Dow Jones Industrial Average was down more than 400 points, or 1.5%, from the previous day's close in early trading Tuesday, while stocks also headed lower in Europe.

Separately, Trump said that he asked Tokyo to pay more for the costs of stationing American troops in Japan, adding that he told Prime Minister Shinzo Abe during their meeting that Japan, a wealthy nation, should help the U.S.

Trump also said that it would only be fair for South Korea to shoulder a heavier burden for the U.S. military presence there.