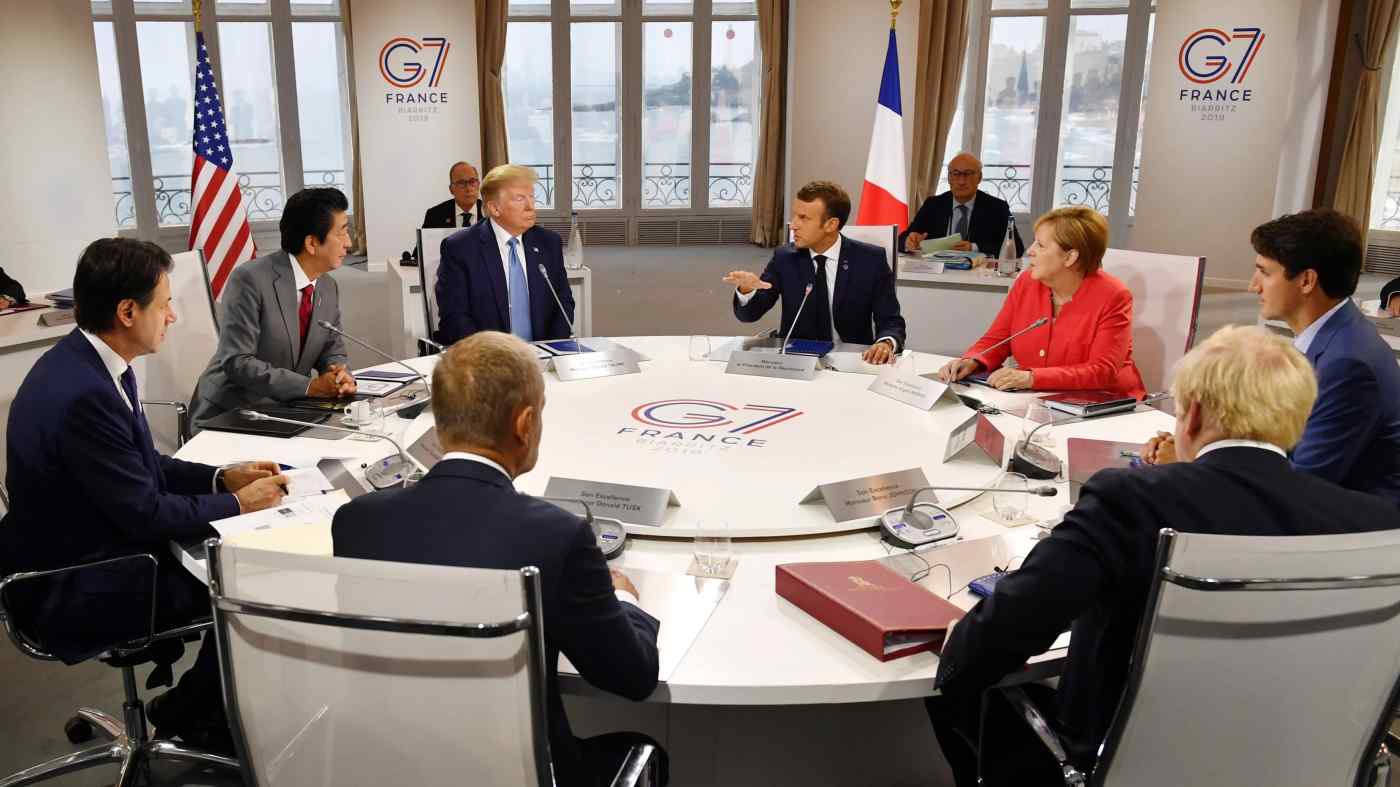 BIARRITZ, France -- U.S. President Donald Trump sent heads spinning in his trade war with China on Sunday by suggesting regrets about the pressure campaign, only for a spokeswoman to step in and reinforce his hard line.

Meanwhile, other Group of Seven leaders expressed concern about the escalating tensions in a meeting on the global economy, where trade friction was high on the agenda, but the talks produced no course of action.