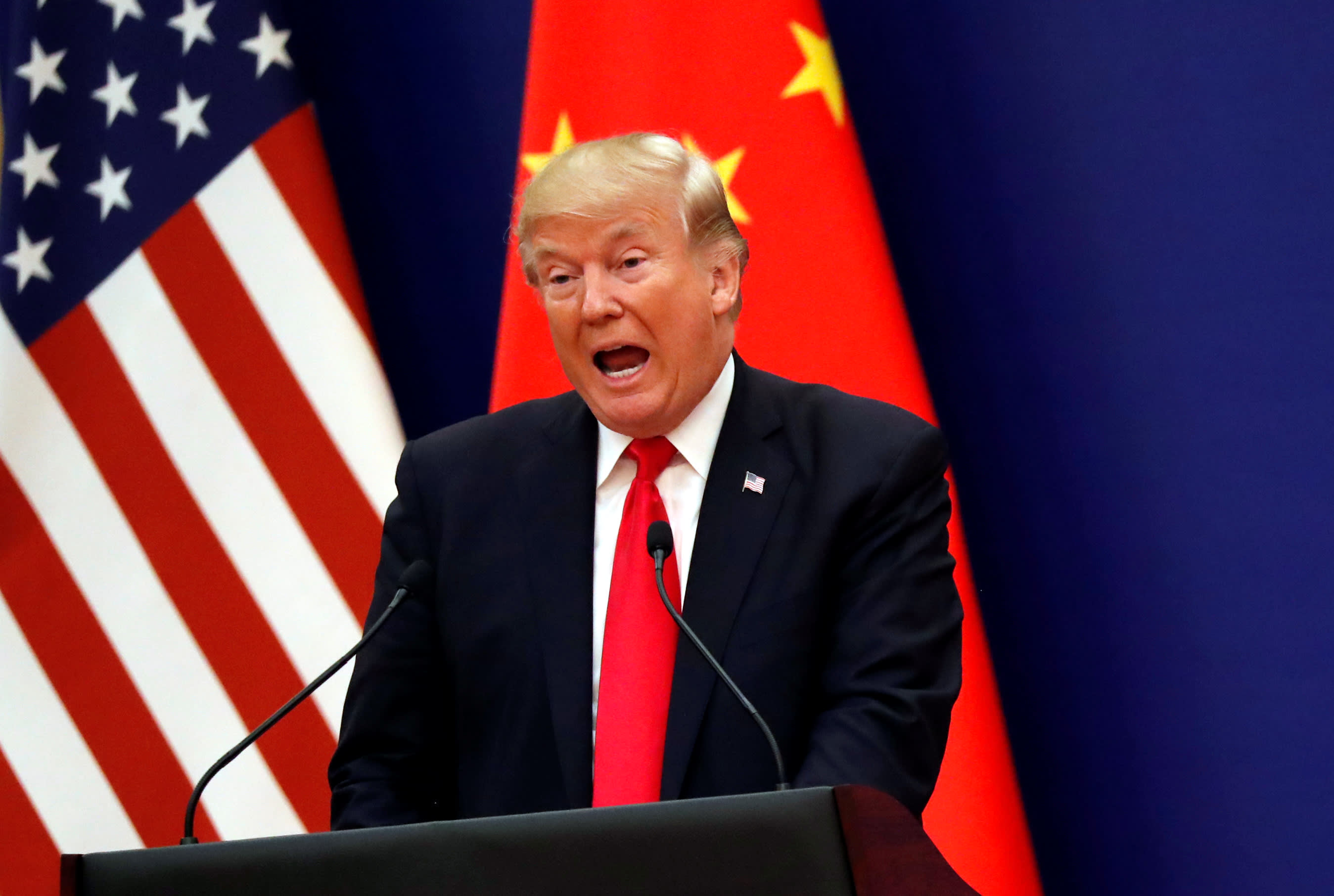 WASHINGTON -- U.S. President Donald Trump announced on Thursday that he had instructed the United States Trade Representative to consider additional tariffs on $100 billion worth of Chinese goods to counter practices that "unfairly obtain" U.S. intellectual property.

The announcement follows a move on Tuesday to impose a 25% tariff on roughly 1,300 items imported from China worth an estimated $50 billion. China immediately responded by introducing new import taxes on $50 billion worth of U.S. goods.

"Rather than remedy its misconduct, China has chosen to harm our farmers and manufacturers," Trump said in a statement. He reiterated his criticism that China has repeatedly sought to obtain American intellectual property through improper means, which he said has "destroyed thousands of American factories and millions of American jobs."

The U.S. was "still prepared to have discussions in further support of our commitment to achieving free, fair, and reciprocal trade and to protect the technology and intellectual property of American companies and American people," he added.

China on Thursday initiated a procedure with the World Trade Organization to counter steel and aluminum tariffs the Trump administration introduced last month. The move signals China's intention to take the high ground by seeking to address disputes under global trade rules, rather than resorting to Trump's unilateralist approach. China seeks to divide US and allies with WTO dispute

Trump's new request injects further uncertainty into the trade dispute between the world's two largest economies. Financial markets had rallied on Thursday in the hope that the two countries would try to settle the dispute through negotiations, rather than escalating the tit-for-tat tariffs.

The Trump administration has pledged to reduce the country's trade deficit with China, which stood at a record $375 billion last year, by $100 billion. It is also seeking to stop alleged attempts to unfairly obtain cutting-edge technologies that would give Chinese companies a competitive advantage over their U.S. counterparts.

Trump's announcement came as the U.S. Commerce Department said earlier in the day that the trade deficit had risen to a near nine-and-a-half-year high of $57.6 billion in February, illustrating the extent of imbalances in global trade between the U.S. and the rest of the world.

It is unclear how long it will take the USTR to determine whether the additional tariffs are necessary and, if so, which items should be targeted.

The already announced U.S. tariffs on $50 billion of Chinese imports will not take effect for at least a couple of months. During this period, American businesses will be allowed to request that some items be exempted from the 25% levies, and a public hearing will be held.

"It's going to be a couple months before tariffs on either side would go into effect and be implemented, and we're hopeful that China will do the right thing," White House spokeswoman Sarah Huckabee Sanders said on Wednesday.

The 25% tariffs target robotics, semiconductors, aviation and new energy vehicles -- industries that China considers crucial to its economic strategy and intends to develop under its "Made in China 2025" industrial policy. The affected goods would amount to about 10% of Chinese exports to the U.S., which totaled $506 billion last year.

Economists believe negotiations are already underway behind the scenes. U.S. Treasury Secretary Steven Mnuchin is reportedly considering a trip to Beijing to discuss ways to resolve the intensifying dispute.

Investors are also looking to the Boao Forum for Asia, scheduled to be held on China's southern island of Hainan on April 8-11. President Xi Jinping is expected to deliver a speech, and there is hope that he will address some U.S. concerns, such as market access and trade imbalances.

"The two countries have to find common ground before the tariffs take effect," said Junichi Sugawara, economist at Mizuho Research Institute. "Xi is expected to make a statement urging the countries to speed up efforts toward a resolution."