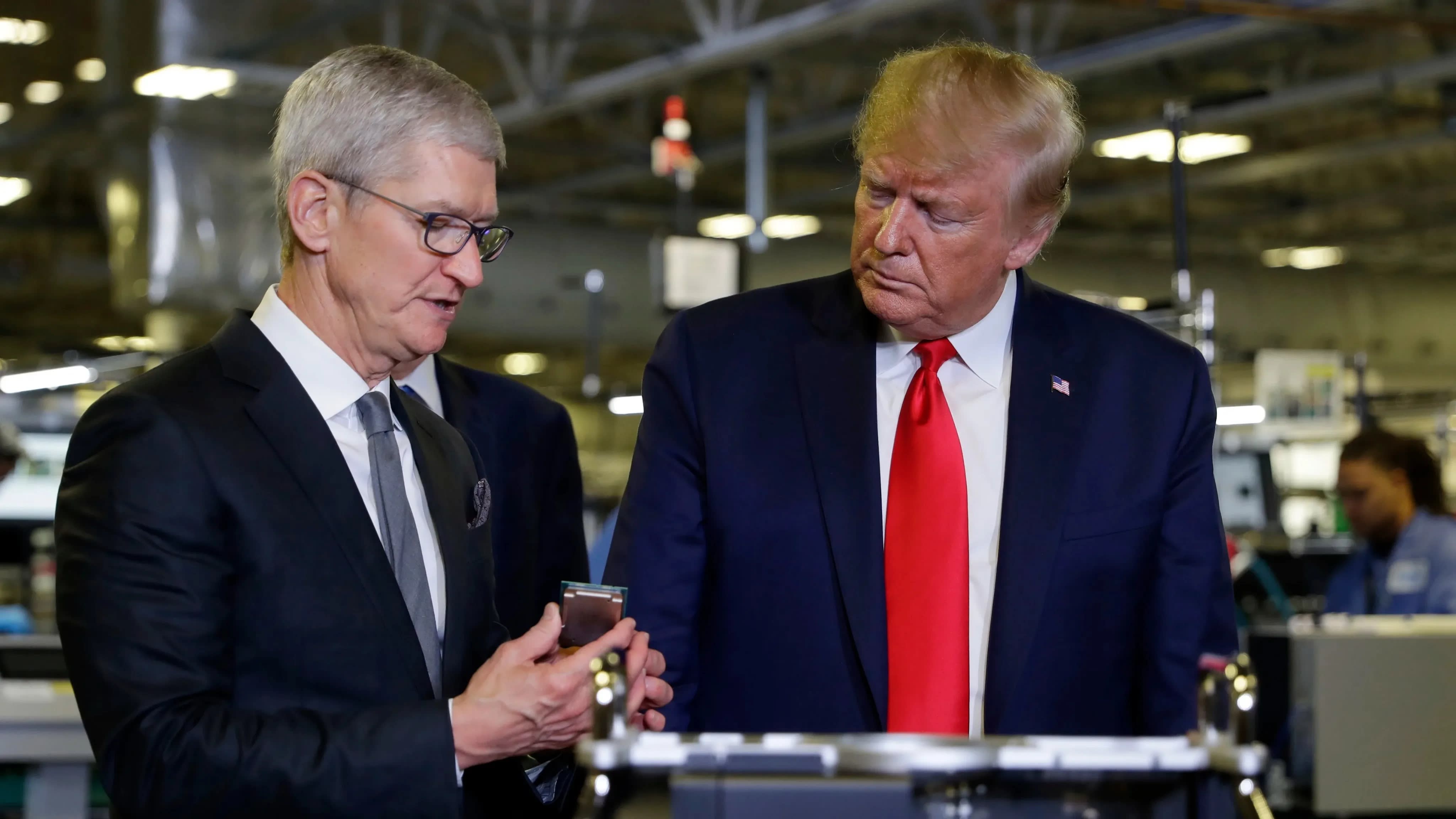 AUSTIN, Texas (Reuters) -- President Donald Trump said on Wednesday after touring a plant that assembles Apple computers that he was considering whether to exempt the U.S. company from tariffs on imports from China.

"We're looking at that," Trump said in answer to a reporter's question about the tariffs, after touring a plant in Austin, Texas, with Apple Chief Executive Tim Cook that assembles the company's Mac Pro desktop computers.

Cook, who has a strong relationship with Trump, has sought relief for Apple from the U.S. tariffs, which are part of a months-long tit-for-tat trade war between the world's largest economies.

"The problem we have is you have Samsung. It's a great company but it's a competitor of Apple, and it's not fair if, because we have a trade deal with Korea -- we made a great trade deal with South Korea -- but we have to treat Apple on a somewhat similar basis as we treat Samsung," Trump said.

Apple announced in September it would make its new Mac Pro computers in Austin. The announcement came days after U.S. trade regulators approved 10 out of 15 requests for tariff exemptions filed by Apple amid a broader reprieve on levies on computer parts.

Trump has made boosting the U.S. manufacturing sector one of the goals of his presidency, taking to Twitter to pressure U.S. companies into keeping jobs at home.

Earlier on Wednesday, Apple said it had started construction of a new campus in Austin that will employ 5,000 workers, with the capacity to grow to 15,000. It is expected to open in 2022.