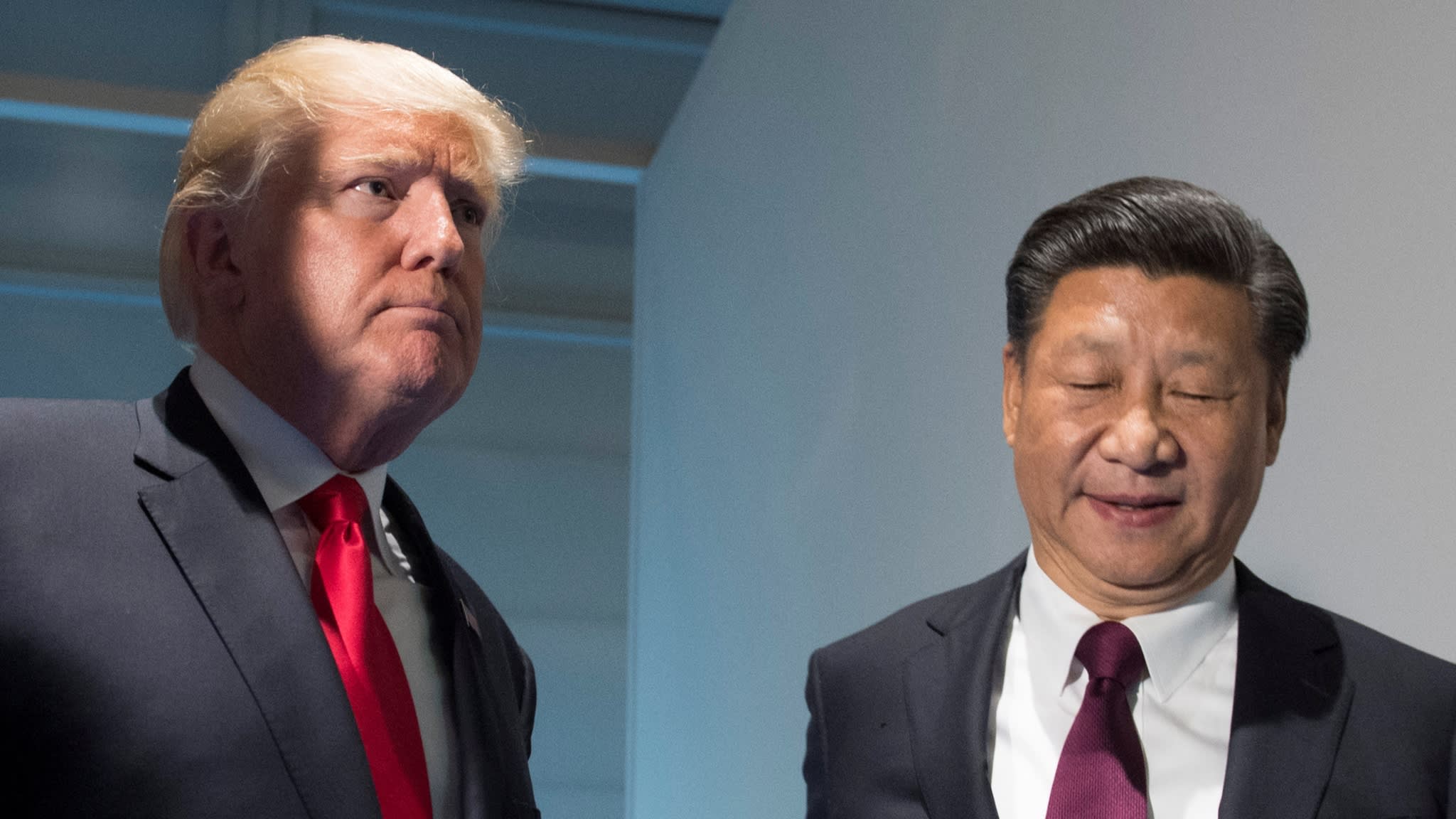 The U.S. and China are about to enter an age of grave confrontation, which some are calling a "new cold war."   © Reuters
HIROYUKI AKITA, Nikkei commentatorNovember 25, 2018 15:23 JST | Japan
CopyCopied

TOKYO -- As the U.S.-China confrontation heats up ahead of a crucial showdown between their leaders next week in Argentina, other countries like Japan are finding themselves caught in the middle.

At one time, the biggest risk for Japan's diplomacy was a rapprochement between the U.S. and China that bypassed Tokyo.

In 1971, U.S. President Richard Nixon suddenly announced Washington's reconciliation with Beijing. With virtually no advance notice, Japan was caught off guard, leading to the collapse of then Prime Minister Eisaku Sato's government.

During the early days of the Barack Obama administration in the U.S., some diplomatic and other experts speculated that America and China would dominate the world as a Group of Two.

Japan now faces the opposite problem. The U.S. and China are about to enter an age of grave confrontation, which some are calling a "new cold war." As an ally of the U.S., Japan needs to work out new measures to address the situation.

Well before Sino-American antagonism plunged the recent Asia-Pacific Economic Cooperation summit into unprecedented chaos, U.S. Vice President Mike Pence riled Beijing with an address on Oct. 4. He said the era of spoiling China was "over," and declared the U.S. administration's readiness to stand firm.

At APEC, the tensions escalated as Chinese President Xi Jinping and Pence traded barbs in speeches.

"Global growth is shadowed by protectionism and unilateralism," Xi said, clearly referring to the U.S. without naming names. Pence was even more direct. "The United States will not change its course until China changes its ways."

The two governments remain at odds over a number of issues, not only trade but also the South China Sea, Taiwan and human rights.

U.S. President Donald Trump will meet Xi in Buenos Aires at the end of this month. Although the summit may result in a trade deal, "the U.S.-China confrontation is unlikely to be settled easily," a Japanese government official said. Many other officials share that view.

"The U.S. antagonism with China is structural and has received bipartisan support in Washington," said Tetsuo Kotani, an associate professor at Meikai University and an expert on U.S. diplomacy.

Although Trump may win some concessions from Xi in the field of trade in Buenos Aires, the basic tone of confrontation "as strategic competition will not falter in the short run," Kotani said.

Tsuneo Watanabe, senior research fellow at the Sasakawa Peace Foundation, said that Trump is confident in his deal-making skills but may "fall for" Xi's compromises if they contain certain benefits for the U.S.

But, Watanabe added, many leaders in the Trump administration are tough on China and are "moving toward imposing strong pressure on China in the fields of economy and security."

Under the circumstances, Japan has surreptitiously begun studies on how to cooperate with the U.S. in dealing with China. Issues on the agenda include a policy regarding fifth-generation mobile communications.

With Tokyo hosting the 2020 Summer Olympics, the Japanese government is set to encourage major Japanese telecommunications companies to launch ultrahigh-speed 5G services in all prefectures within two years. The 5G system will increase the speed of data transmission by 100 times.

At stake for the government plan is how to build base stations and other infrastructure. The Trump administration banned companies dealing with the U.S. government and its agencies from concluding contracts with leading Chinese telecom equipment makers Huawei Technologies and ZTE in August under the National Defense Authorization Act to prevent leaks of key information and technology to China.

Falling into step with the U.S., Australia decided the same month to ban Huawei and ZTE from entering the market for 5G equipment.

While Japan has yet to ban contracts with Huawei and ZTE, the government has been considering putting some restrictions on the two Chinese companies' entry into the market for 5G equipment since this summer, according to officials in charge.

"Japan and the U.S. share confidential information and military technology," a security strategist in the Japanese government said. "Leakage of them to other countries from Japan, if any, would develop into a grave diplomatic problem. Japan thus has little choice but to introduce some measures based on the U.S. decision."

But Japan's adoption of restrictions similar to the U.S. and Australia is expected to not only raise the cost of telecom infrastructure but also provoke strong protests from China.

Furthermore, if the U.S.-China confrontation grows more serious, the tug-of-war between the two big powers over influence in the East China and South China seas will increase. Analysts forecast that the U.S. will call for Japan's greater cooperation in the area.

The Japanese Self-Defense Forces are reinforcing their involvement in the issue in anticipation of such a development. The Maritime SDF conducted the first long-term dispatch of vessels, including the helicopter carrier Kaga, to the Indian Ocean from late August until the end of October. The fleet sailed through waters including the South China Sea and conducted joint drills with the U.S. aircraft carrier Ronald Reagan on Aug. 31 and with the Philippine Navy on Sept. 7, in addition to calling at ports such as Singapore.

"Activities of this kind will increase in the Indo-Pacific region," a senior MSDF officer said.

But the MSDF wonders how extensively it can cooperate with the U.S. in the South China Sea because of its limited capacity. "Japan's top priority is the East China Sea which is closer to Japan," another senior MSDF officer said. "As naval activities by China in the sea are also increasing, we have limits even if we expand our presence to the South China Sea." 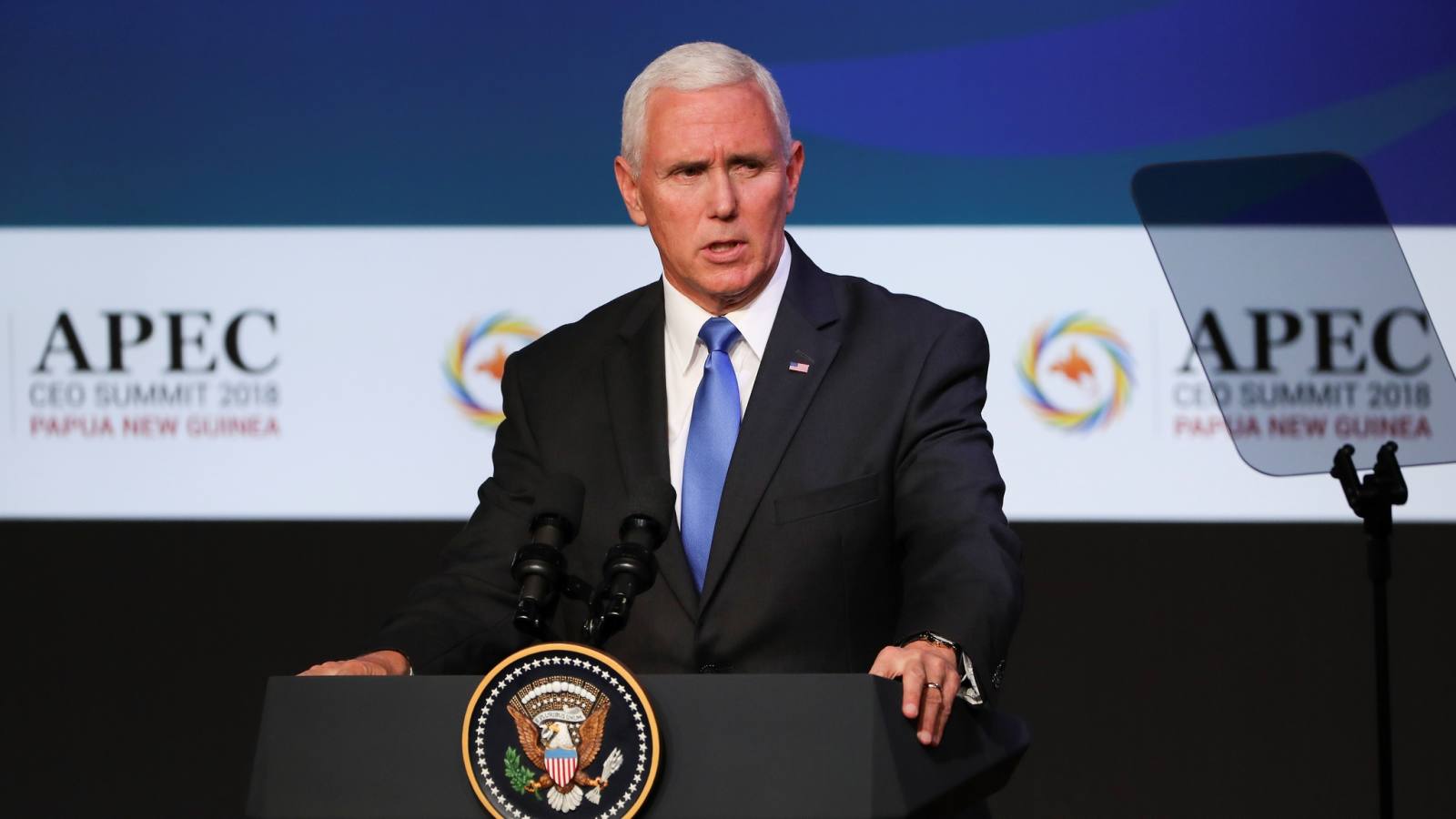 Tensions mount between US and China as summit nears

The party turns sour for Xi

Japan is seeking to fall into step with U.S. policy toward China on two fronts -- restrictions on Chinese companies' entry into 5G telecom infrastructure, and security in Asian waters. But Japan finds it difficult to join hands with the U.S. on the question of free trade with China.

The U.S. has imposed effective restrictions on Mexico and Canada's conclusion of free trade agreements with China through the U.S.-Mexico-Canada Agreement, a new accord to replace the North American Free Trade Agreement.

The U.S. wants to add such a clause to its trade deals with Japan and the European Union, Commerce Secretary Wilbur Ross told Reuters on Oct. 5.

An "anti-China" clause is hardly acceptable for Japan, which is preparing to wrap up negotiations for the Regional Comprehensive Economic Partnership, an East Asian FTA between 16 countries including China, by the end of this year.

"We have negotiated for the RCEP for many years and are about to sign it," a Japanese government official said. "We can hardly accept it if we are told now to reject an FTA with China."

In contrast with U.S.-China relations, Japan and China are on their way toward improving bilateral ties that were cooled for many years. Japanese Prime Minister Shinzo Abe went to China on Oct. 25-27 -- the first visit by a Japanese leader in seven years -- and declared that the relationship between the two countries will shift "from competition to cooperation."

Nevertheless, relations between Japan and China are at a much lower level than U.S.-China ties, which involve regular meetings between their leaders.

Japan as a U.S. ally may need to cooperate with the U.S. while urging China to act more responsibly, rather than keep an eye on both the U.S. and China. Issues over which Trump lashes out at China, such as infringement of intellectual property rights and cyberespionage, are concerns shared by many countries.

Japan should take action under a long-term strategy of "inducing China into an actor that respects international rules" for the stability of the Indo-Pacific region, said Watanabe of the Sasakawa foundation.

Noting that Japan can share the U.S. perception of China, Kotani of Meikai University said, "While the U.S. considers its strategic engagement as a total failure, Japan has yet to draw such a conclusion and so should face China through the 'good cop, bad cop' division of roles."

Relations between the U.S. and China will serve as a complicating factor for Japan's diplomacy and security strategy. The prospect is by no means someone else's problem to Southeast Asian countries and India, too, exposed as they are to the expansion of China's military and economic power.