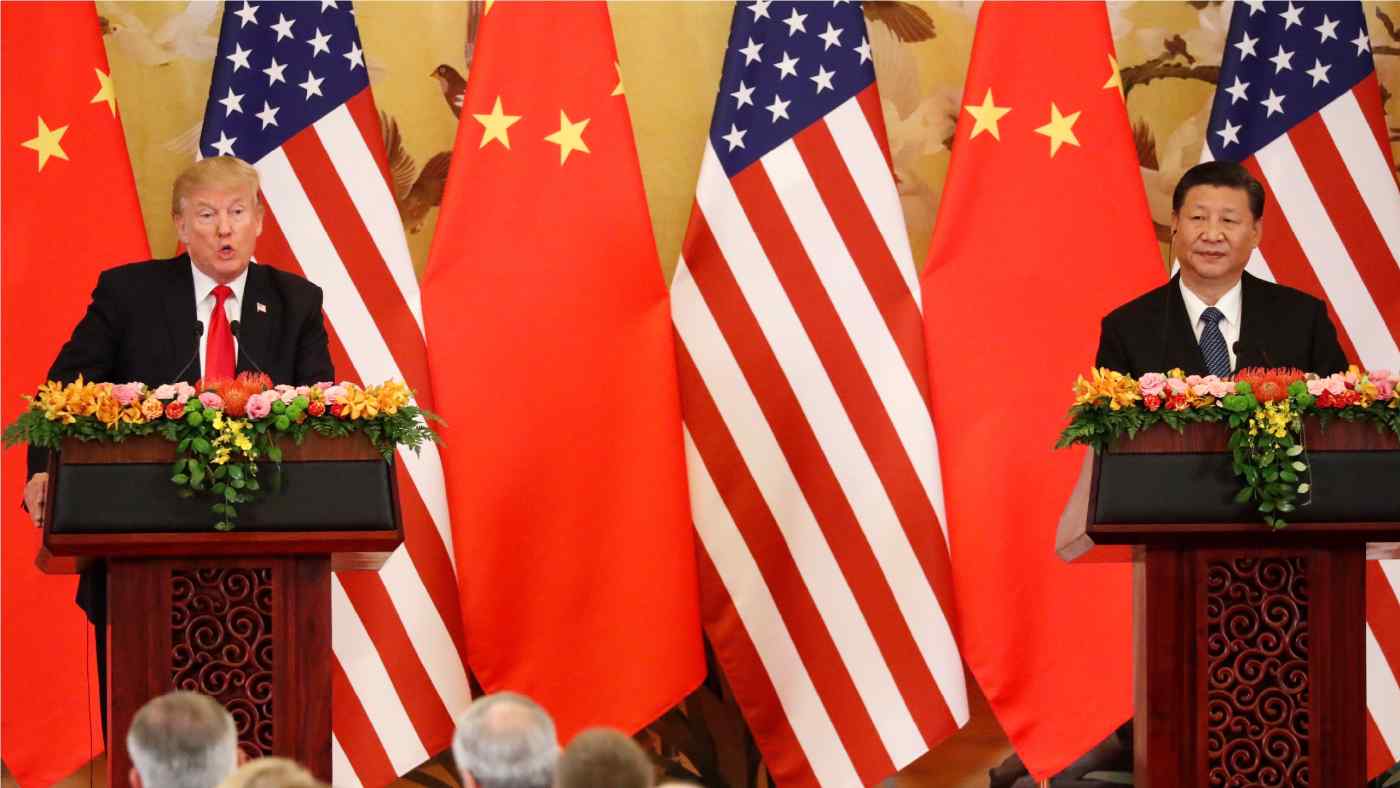 TOKYO -- The start of a full-on trade war between the tightly linked economies of the U.S. and China has sent shudders down supply chains worldwide and sown uncertainty in fields ranging from farming and finance to electronics.

President Donald Trump's administration on Friday imposed 25% import tariffs on $34 billion worth of Chinese goods in response to alleged intellectual property violations. Trump also said that if Beijing retaliates, the U.S. could impose more tariffs, ultimately amounting to more than $500 billion worth of Chinese goods, almost equal to last year's total imports from the country.

Beijing struck back immediately, imposing its own tariffs of the same magnitude as the U.S. measures announced Friday.

But this feud between the increasingly interdependent economic powers has produced unintended consequences stretching beyond both sides.

Mobile phones and especially smartphones are conspicuously absent from American tariff lists, even though such devices account for a greater value of China's exports to the U.S. than any other product at $70.4 billion. American officials know that U.S. companies generally reap the profits from products like Apple's iPhone.

Apple plans and designs the popular devices in the U.S., sources parts from Japanese and South Korean companies, and outsources assembly to China. But most of the added value comes from the U.S., in upstream fields such as design and downstream ones including sales andaftermarket services.

China derives only about $8.50 for each sale of a roughly $650 iPhone, the Commerce Ministry reports.

Yet Trump's calls to wipe out the American trade deficit with China still sent tremors down the supply chain. Taiwan's Pegatron, a key iPhone assembler, announced plans in May to build its first production plant in India this year, with Chairman Tung Tzu-hsien citing the growing instability in global trade as a reason. Chinese workers unload soybeans imported from Russia. China is working to wean off its reliance on U.S. goods.   © Reuters

China's central government looks to boost domestic soybean farming, having targeted the legumes among its retaliatory tariffs against the U.S. Soybeans are an important ingredient in oil used widely in Chinese cuisine, and pig feed also includes the beans, so sourcing them at low cost from the U.S. has helped keep the price of goods stable.

But Beijing took the risk of targeting the key import in order to hit Trump where it hurts -- in American farm country, one of his prime voter bases -- ahead of November midterm elections. In northeastern China's Jilin Province, part of the country's breadbasket, soybean seedlings sprouted in a single field amid wide swaths of cornfields. The plot of soybeans reportedly belonged to the town of Jinchuan's Communist Party secretary.

China looked to provide domestic support amid the tariff battle, saying in April it would offer bigger subsidies to soybean farmers. But word failed to reach some farmers in time.

"I had already planted corn and was spreading fertilizer" when news of the subsidies arrived, a local farmer said. "There was no way I could switch."

Though lifting domestic soybean production overnight appears difficult, China seems to be buckling in for a long fight.

And U.S. restrictions meant to curb China's technological advances have only spurred them on in some ways. For Chinese President Xi Jinping, American tech-focused sanctions drove home the value of technological self-reliance.

"Only once we have taken core technologies in our hands will we be able to maintain security" in the economy and national defense, the Chinese president has said.

The country is making particular strides in semiconductors. Last month, trucks kicked up dust clouds as they entered and left a construction site for a NAND flash memory factory planned for a tech development zone in the Hubei Province city of Wuhan. The area, dubbed "Optics Valley" after the U.S. technology hub Silicon Valley, has recently been focused on its role in producing China's chips.

As escalating frictions erode restraint on both sides, China even hinted that it could trim purchases of U.S. Treasuries -- an extreme move that would cause U.S. long-term interest rates to rise and disturb financial markets the world over. Beijing previously would have hesitated even to mention such a tactic.

China is "looking at all options," said Cui Tiankai, the country's ambassador to the U.S., in a March interview when asked whether Beijing might cut back on buying the debt in response to tariffs.

China serves as the biggest creditor to the U.S. with about $1.18 trillion in Treasuries -- around one-fifth of the total overseas holdings of the securities. Financial markets already are pricing in risk that the situation will worsen.