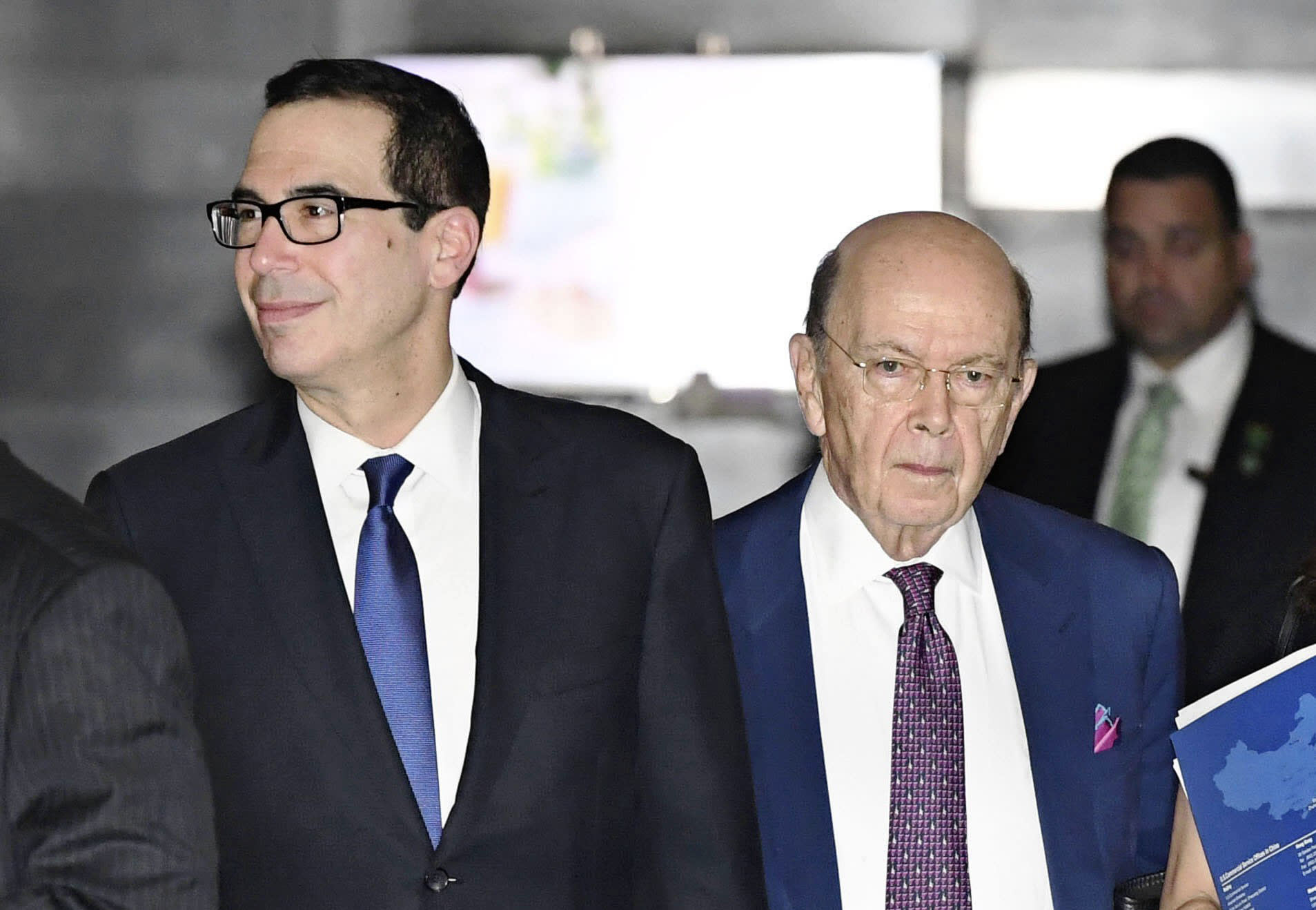 BEIJING/WASHINGTON -- The U.S. is seeking a $200 billion cut to its trade deficit with China by 2020, twice earlier plans, with recent negotiating positions showing an ocean-sized gap between the two countries.

President Donald Trump sent a delegation including Treasury Secretary Steven Mnuchin and U.S. Trade Representative Robert Lighthizer to Beijing for two days of talks that wrapped up Friday. Negotiations for China were handled by Vice Premier Liu He, a close economic adviser to President Xi Jinping.

The two sides agreed to create a framework for cooperation. The first meeting likely aimed to confirm the continuation of talks, with a focus on avoiding the implementation of tariffs by both nations.

But documents seen by Nikkei highlight significant differences between Beijing and Washington, with both taking hard lines.

The Trump team wants to cut America's roughly $380 billion goods trade deficit last year by $200 billion from 2018 levels by 2020 after a $100 billion reduction by June 2019. It requested that China reduce tariffs in noncritical sectors to U.S. levels or lower for corresponding products and called on Beijing to refrain from such retaliatory actions as stricter quarantine standards and higher tariffs. U.S. President Donald Trump and Chinese President Xi Jinping's negotiators will continue talks but have a lot of space to cover before finding a middle ground.   © Reuters

Beijing pushed back by asking Washington to ease restrictions on China-bound exports of high-tech products like semiconductors. China estimates that this alone could slash the trade deficit more than 30%. Beijing also requested that the U.S. open up its aviation equipment market to the Chinese by ending discriminatory treatment in the safety inspection process.

China offered to lower a 25% tariff on automobiles if export restrictions are lifted. It demanded that the U.S. recognize China's status as a market economy in the World Trade Organization, which would make it more difficult to maintain anti-dumping duties on Chinese goods.

On American investment in China, Washington stressed that Beijing should not distort trade through investment restrictions and that any restrictions should be narrow and transparent. In this regard, the U.S. wants China to issue a slimmed-down "negative list" laying out the minimum areas where it cannot accept foreign investment.

The list would come out by July and be evaluated by the American side within 90 days. Washington would identify restrictions that it sees as denying U.S. investors fair access and ask the Chinese to remove them from the negative list.

On the intellectual property front, the U.S. pressed China to stop stealing corporate secrets through cyberattacks and eliminate provisions for foreign technology transfers that favor Chinese companies by the end of 2018. China requested the U.S. not to initiate any Section 301 investigations against it in the future.

China's official Xinhua News Agency reported Friday that the talks were "candid, efficient and constructive" but that "considerable differences still exist on some issues."

Another issue of contention was Beijing's "Made in China 2025" plan to upgrade the nation's manufacturing infrastructure. U.S. information technology companies are among those worried that government subsidies to Chinese technology companies will give them unfair advantages and build them into future competitors.

Beijing has fostered Chinese tech companies with generous financial aid and quickly snapped up those technologies through public investment funds. It says it wants to be self-sufficient in such key components as semiconductors, but it is a scheme under which U.S. companies could be shut out.

Trump's team asked Beijing to immediately do away with subsidies for companies in industries targeted by Made in China 2025, which would virtually stunt the scheme. An official from China's Ministry of Commerce deemed the request completely unacceptable.

China demanded that the U.S. lift restrictions on ZTE, which Washington dealt a major blow in April with a seven-year ban on American technology exports to the smartphone and telecommunications equipment maker.

"The Trump White House is worried that the Made in China 2025 plan would give Chinese companies an advantage in future technology and leave the U.S. nothing but a producer of airplanes and agricultural products and cut out of the cutting-edge areas," said Ryan Hass, a fellow at the Brookings Institution and former director for China, Taiwan and Mongolia at the National Security Council.

"But China sees this criticism from a different paradigm," said Hass, who explained that "Beijing thinks that an anxious declining power is blocking the rise of an aspiring new power, and therefore this may not lead to corrective action on issues such as ZTE."