Beijing slams Washington for lack of sincerity after Trump tweet 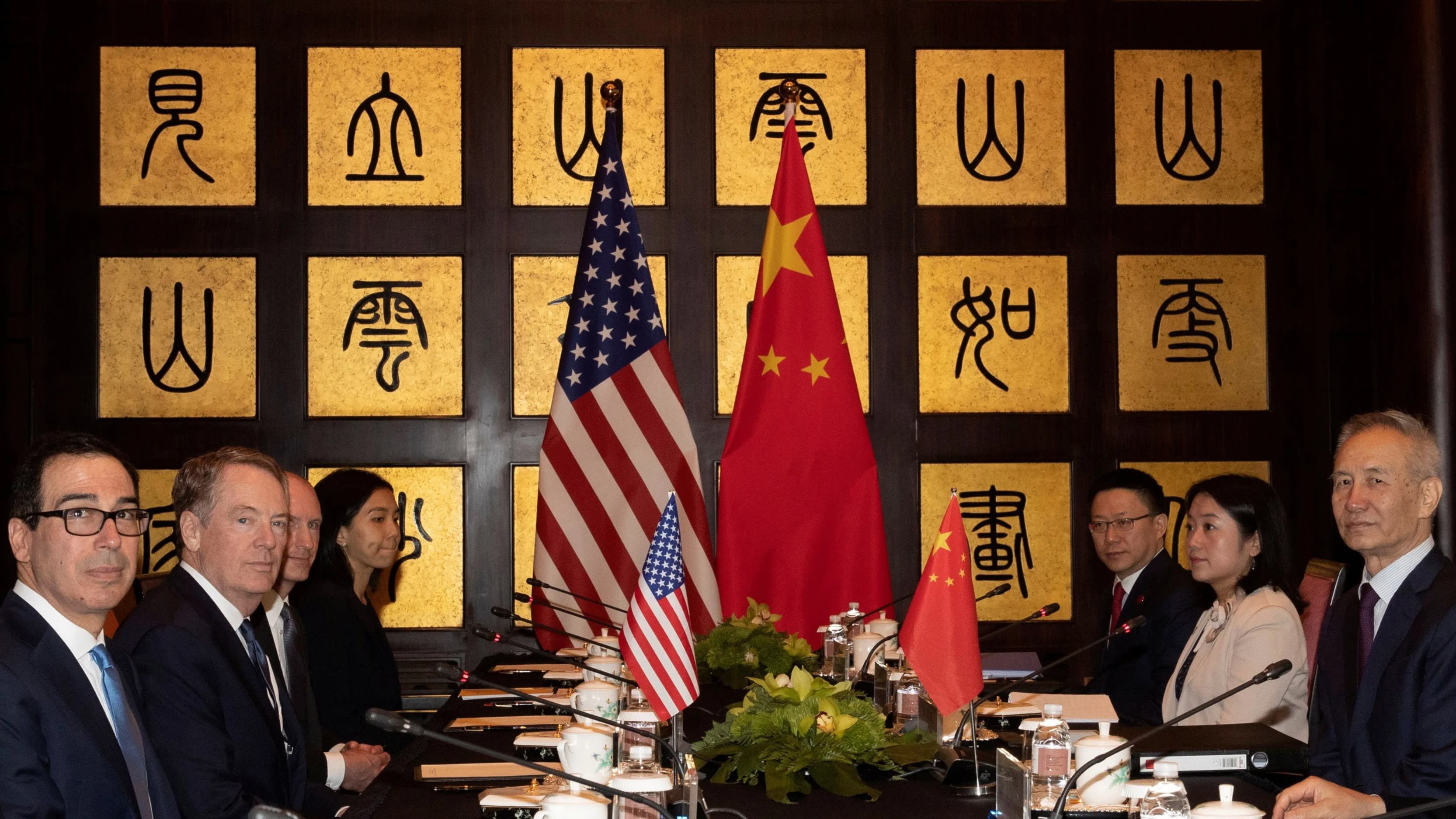 SHANGHAI -- The U.S. and China had little to show for a brief round of high-level trade talks that ended here Wednesday, exchanging barbs but announcing no details on purchases of American farm goods or sanctions relief for Chinese group Huawei Technologies.

The countries are expected to hold another round of negotiations in the U.S. in September. But fundamental rifts on trade remain, including Chinese state subsidies to domestic companies.

They discussed a possible increase in purchases of American agricultural goods by China, and "favorable conditions" to be offered by Washington to make that happen, according to Xinhua.

The report made no mention of progress, however, as reports after past talks had.

"We expect negotiations on an enforceable trade deal to continue in Washington, D.C., in early September," she said.

The question for this week's meeting involved whether Washington and Beijing could pick up from a breakdown in May or needed to start from scratch, a source familiar with the matter said.

"We were about 90% of the way there" before trade talks came to a standstill, U.S. Treasury Secretary Steven Mnuchin said in June.

Then, shortly after the officials sat down for a banquet, U.S. President Donald Trump attacked China on Twitter, saying the country had not bought American agricultural products as promised. "They always change the deal in the end to their benefit," he said.

A Communist Party-run People's Daily editorial slammed Trump's tweets on Wednesday, calling them completely unjustified. Chinese Foreign Ministry spokesperson Hua Chunying also urged the U.S. to show more sincerity in the talks. It is rare for Beijing to criticize Washington so soon after a meeting.

This marked the first time the trade talks were held in Shanghai. China likely hoped to minimize tensions by choosing to resume talks in the city where the countries signed a communique in 1972 to work toward normalizing ties.

The U.S. and China remain deeply divided on structural issues, such as Beijing's industrial subsidies. China slashed about 50 pages from a 160-page draft of the trade deal at the beginning of May, largely on those topics, a Chinese government source said.

Chinese manufacturers are hurting as the trade war drags on. The official Purchasing Managers' Index came to 49.7 points in July, China's statistics bureau said Wednesday, rising 0.3 point from June but falling short the boom-or-bust line of 50 for the third month in row.

New orders also fell below 50 for the third month, at 49.8. New export orders, at 46.9, did particularly poorly amid additional U.S. tariffs.

Production rose 0.8 point to 52.1, thanks to a boost among big state-run companies and a greater number of business days than in June. Employment edged up 0.2 point to 47.1.

"An increase in the PMI shows that the economy is worsening less quickly," said Zhang Liqun, a research fellow at the State Council's Development Research Center. "But it is still below the 50-point mark, and we cannot underestimate the downward pressures on the economy."