Sides also agree on currency, but gaps remain on tech transfer and enforcement 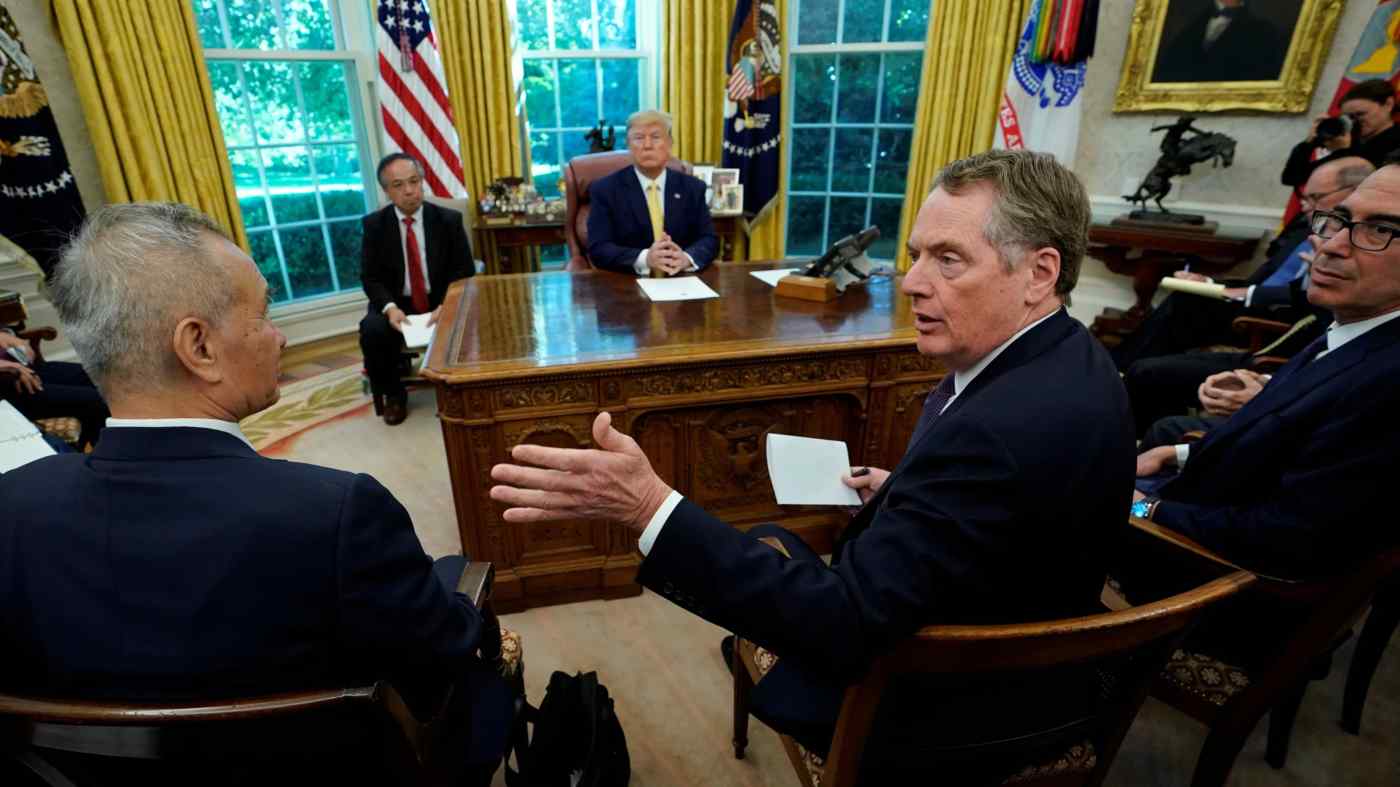 WASHINGTON -- The U.S. and China have essentially concluded negotiations on several aspects of the trade deal, a White House adviser said Friday, including on agriculture, financial services and currency.

The adviser spoke as ministerial-level representatives negotiated over the phone, aiming to reach a partial deal for the leaders to sign sometime in November.

"The agriculture chapter is about closed down," Kudlow told reporters. "Not only the increase in purchases [of] $40 to $50 billion, but the opening up of [agricultural] markets, the lowering of regulations and standards and non-tariff barriers. Very positive."

Talks on financial services were also "virtually done," he said. China is "going to give 100% ownership to American companies in China, securities firms, insurance, investment, and so forth."

Kudlow said the two sides had agreed on the need for currency stability over manipulation.

The phone negotiations were attended by U.S. Trade Representative Robert Lighthizer and Treasury Secretary Steven Mnuchin on the American side and Vice Premier Liu He, Commerce Minister Zhong Shan and central bank governor Yi Gang on the Chinese side.

The USTR issued a statement saying that they "had a constructive call" on phase one of the U.S.-China trade agreement. "They made progress in a variety of areas and are in the process of resolving outstanding issues. Discussions will continue at the deputy level," the USTR said.

In the meantime, progress has been slower over intellectual property rights, an area of grave concern for U.S. companies. Washington wants Beijing to review its policy of forced technology transfers, but China has resisted a comprehensive overhaul of its industry policy. The U.S. is set to impose its fourth round of punitive tariffs on China in mid-December, and failure to reach an agreement in the area could again intensify the trade war.

The U.S. and China were hoping U.S. President Donald Trump and his counterpart, Xi Jinping, would reach a broad agreement on agriculture and intellectual property on the sidelines of the Asia-Pacific Economic Cooperation forum initially scheduled for mid-November in Chile. But with Chile having given up on hosting the meeting amid violent unrest, the Trump-Xi meeting itself is now up in the air.

Trump still sounded an optimistic note on Thursday. "China and the USA are working on selecting a new site for signing of Phase One of Trade Agreement," Trump said on Twitter. "The new location will be announced soon. President Xi and President Trump will do signing!"