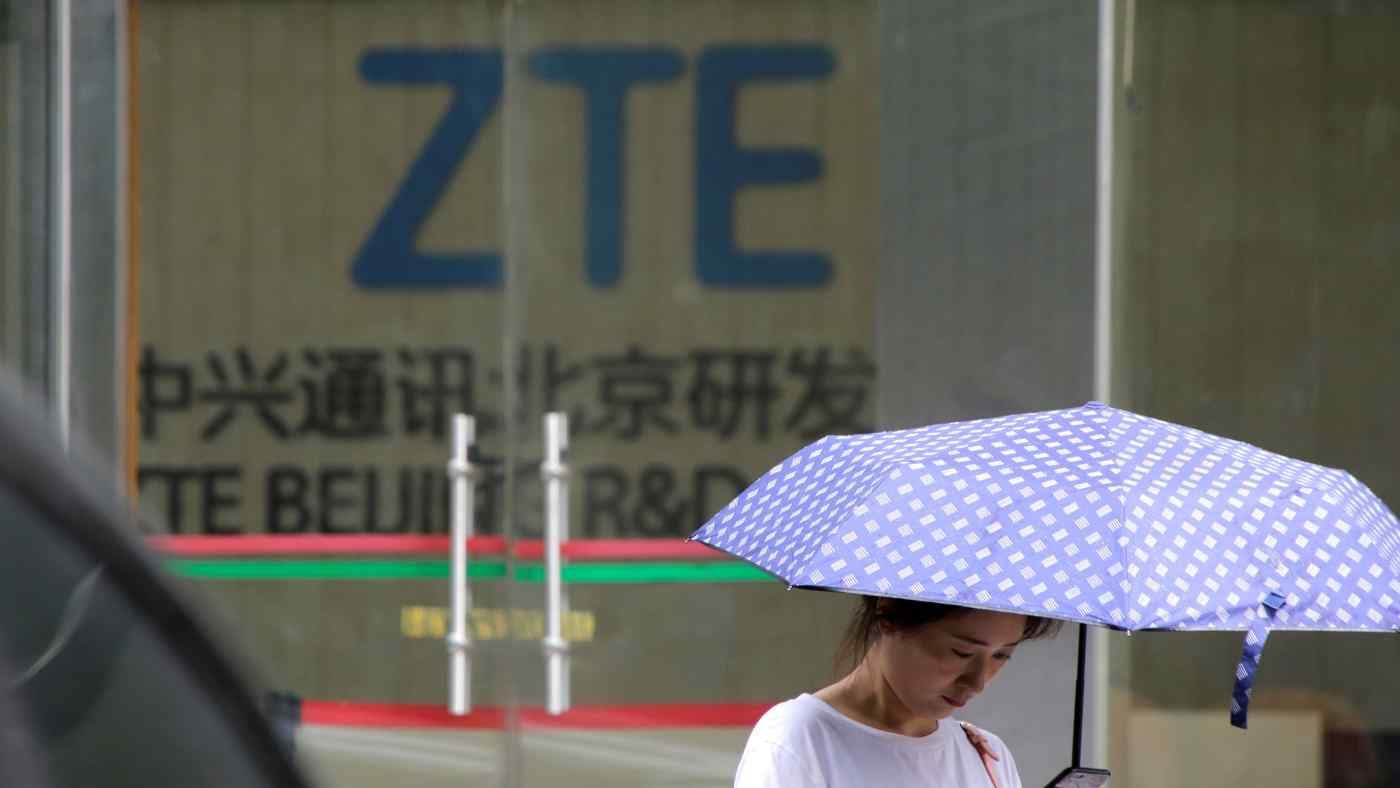 NEW YORK -- The U.S. Congress moved a step closer to reviving sanctions against ZTE on Monday, with the Senate greenlighting a must-pass defense spending bill that voids the Commerce Department's $1.4 billion deal with the Chinese cellphone maker.

The National Defense Authorization Act, known as the NDAA, approves a $716 billion budget for mainly the Defense Department and passed 85-10.

A bipartisan amendment tacked on this month in the Senate bars American technology exports to ZTE. It also prevents the government from leasing equipment from the company and compatriot rival Huawei Technologies, along with prohibiting federal grants and loans to the duo.

Lawmakers sponsoring the move cited national security concerns from ZTE and other Chinese-government-backed telecommunications companies in rejecting the Commerce Department's deal, which would have taken ZTE off the exports ban list in exchange for a $1 billion fine with an additional $400 million in escrow.

"We're heartened that both parties made it clear that protecting American jobs and national security must come first when making deals with countries like China, which has a history of having little regard for either," Sens. Chuck Schumer, Tom Cotton, Chris Van Hollen and Marco Rubio said in a joint statement after the vote. "It is vital that our colleagues in the House keep this bipartisan provision in the bill as it heads towards a conference."

The rejection of the deal comes amid flaring Sino-American trade tensions. Just this past Friday, U.S. President Donald Trump's administration announced 25% tariffs on $50 billion of Chinese imports. Beijing fired back with its own matching tariffs on U.S. goods and declared null all agreements made in trade negotiations with Washington.

Trump tweeted in May that he had instructed the Commerce Department to work on saving ZTE, citing his personal relationship with Chinese President Xi Jinping and noting the company's purchases of parts from American companies.

ZTE sources a sizable chunk of its cellphone components from U.S. suppliers and was facing collapse after the seven-year parts ban, which was announced this April for violating American trade sanctions on Iran and North Korea and then deceiving the government about disciplinary action against employees.

"These companies have proven themselves to be untrustworthy," said Cotton, a Republican, of ZTE and Huawei in the Senate on Wednesday. "And at this point, I think the only fitting punishment would be to give them the death penalty -- that is, to put them out of business in the United States."

An earlier version of the bill passed in the House included similar language on ZTE. But because of slight differences, a merged version of the text will need to be agreed on in conference before ultimately heading to Trump's desk for signing. According to Bloomberg, legislators aim to complete these negotiations by the end of July.

The White House said last week that it would "work with Congress to ensure the final NDAA conference report respects the separation of powers." Trump is expected to meet with lawmakers on Wednesday to discuss ways to save ZTE, Bloomberg reported.

But according to The Hill, some senators do not see the bill facing a real risk of a presidential veto even if the provision does make it through the conference.

"I don't think the president cares about ZTE," the news outlet quoted Republican Sen. Bob Corker as saying. "Someone told me that he gave them a wink and a nod and told them he didn't care."

"I think [Trump] did what he did for the Chinese leader but doesn't really care what Congress does," he said.