US and China agree to roll back tariffs, if deal is reached

London floated as summit venue instead of Iowa 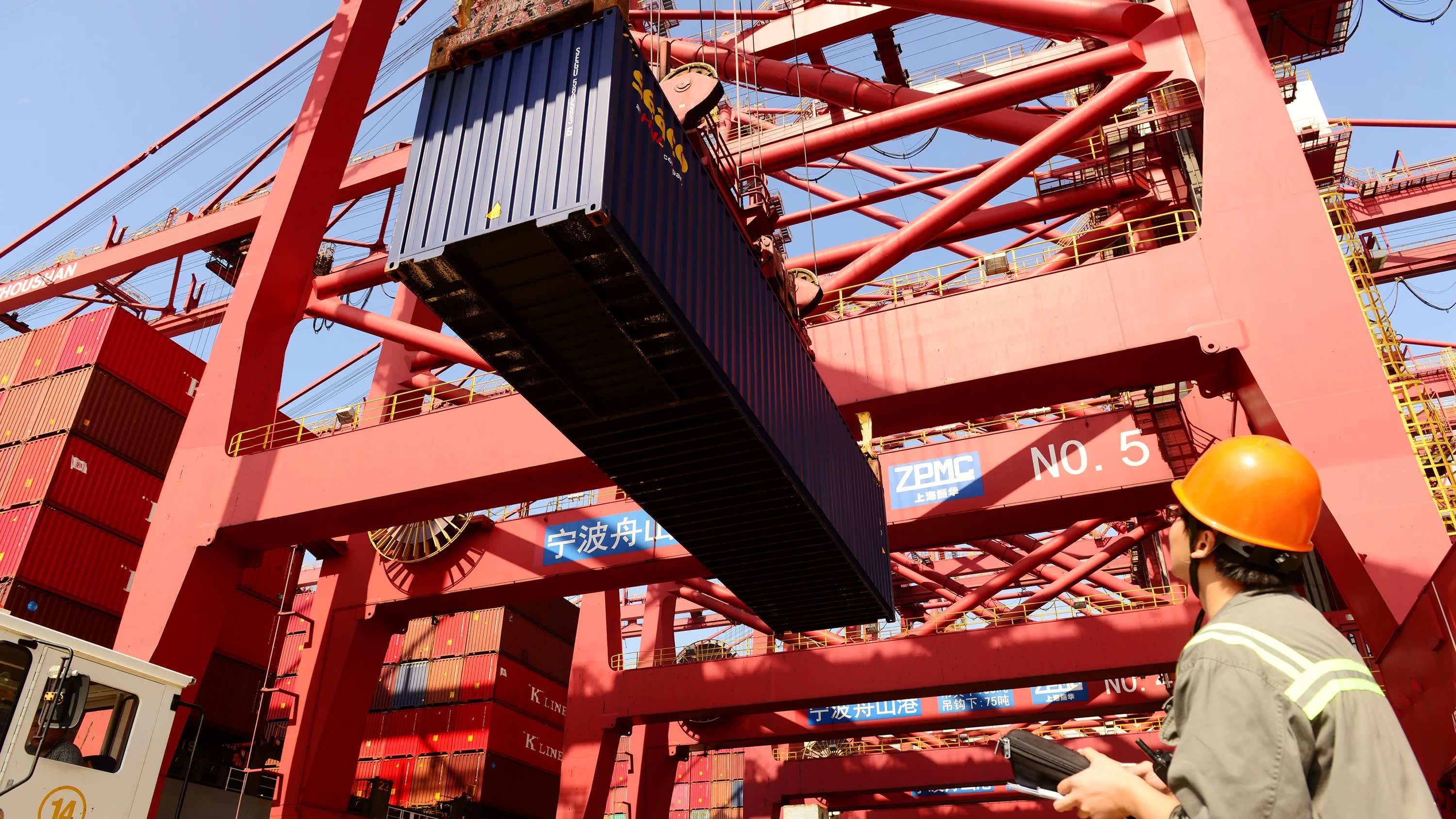 A worker looks at a container box being lifted at a port in Ningbo, Zhejiang province, China.   © Reuters

BEIJING/WASHINGTON -- The U.S. and China both confirmed Thursday that tariffs will be rolled back as part of the first phase of a trade deal.

"In the past two weeks, the leaders of the two sides have conducted serious and constructive discussions on properly addressing their core concerns and agreed to cancel the tariff increase in stages with the progress of the agreement," Chinese Commerce Ministry spokesman Gao Feng said at a press conference.

"If the two parties reach the first phase agreement, they should cancel the tariffs according to the content of the agreement and the ratio. This is an important condition for reaching an agreement," he said.

The scope of the cancellations can be agreed to according to the content of the first phase agreement, Gao added.

Later in the day, a U.S. official confirmed that the two sides have agreed on a tariff rollback.

China had previously called for the cancellation of the entire tariffs on $360 billion worth of Chinese goods. While still maintaining that the additional tariffs should eventually be terminated, Thursday's announcement signaled its readiness to agree to a partial cancellation of tariffs in phase one of the trade deal.

In New York, the Dow Industrial Average climbed more than 250 points on the news at one point in Thursday trading.

But the venue of the summit between U.S. President Donald Trump and Chinese President Xi Jinping to sign the agreement still remained unannounced, after the mid-November Asia-Pacific Economic Cooperation conference in Chile was scrapped in the face of violent protests.

Trump said in late October that he would shortly reveal the new summit site, but an official announcement has yet to be made.

London, where Trump will attend a NATO summit in early December, has been pitched as a venue for the signing ceremony, Reuters reported Wednesday, citing a senior Trump administration official. Switzerland and Sweden also emerged as candidates.

This marks a departure from the White House's prior plans to hold the summit on U.S. soil. Trump mentioned Friday that the event could take place in Iowa, an electoral battleground state. U.S. Commerce Secretary Wilbur Ross floated Hawaii and Alaska, two states closer to China.

The president went as far as inviting Xi to travel to the other side of the Pacific, according to National Security Adviser Robert O'Brien. But China is hesitant considering a no-deal summit in Trump's backyard would inflict significant damage on Xi's standing.

The Chinese leadership may be mindful of Trump meeting with North Korean leader Kim Jong Un in Vietnam this February, only to part ways without signing an anticipated nuclear agreement.

An international gathering would cushion the blow of a fruitless bilateral summit since both Xi and Trump could plausibly claim that they merely talked on the sidelines. Ever since the U.S. fired the first shot in the trade war in July last year, the two leaders have met face-to-face only at Group of 20 gatherings.

In terms of the content of the deal, differences still remain on the scale of American farm products China will purchase.

Trump is calling for $50 billion in annual imports within two years. Beijing, which has described such a scale as "unrealistic," has apparently proposed yearly imports of around $20 billion, a level seen prior to the trade war.

Although negotiations on foreign exchange and financial services are nearly complete, according to a senior White House official, there is still no resolution on intellectual property rights. Structural issues such as industrial subsidies and forced technology transfers are expected to be set aside until the phase-two discussions or later.

The U.S. is due to slap a 15% tariff on about $160 billion worth of Chinese consumer goods on Dec. 15. The date serves as a provisional cutoff for whether a Trump-Xi summit will materialize, or whether negotiations will stall once again.