US and China inch toward compromise as domestic pressures mount 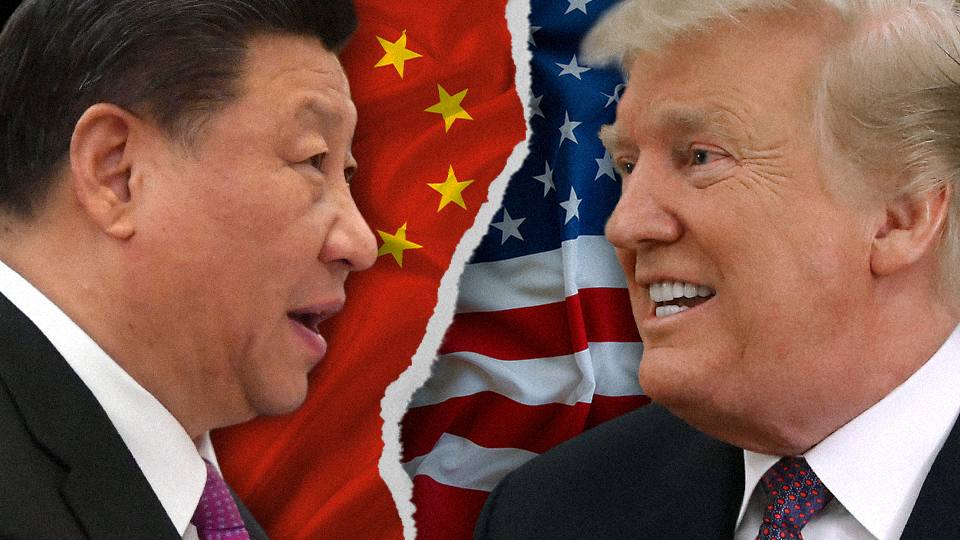 The willingness of U.S. President Donald Trump and Chinese counterpart Xi Jinping to compromise will be tested in upcoming high-level trade talks. (Montage by Ken Kobayashi)

WASHINGTON/BEIJING -- Domestic political and economic pressures have pushed leaders in the U.S. and China to take baby steps toward bridging their deep divide over trade.

Beijing extended an olive branch Friday by saying it will exempt soybeans, pork and other U.S. farm products from retaliatory tariffs.

The move, which comes ahead of cabinet-level talks set for next month, follows signs of flexibility on the American side.

President Donald Trump expressed willingness Thursday to reach an interim trade deal with China, telling White House reporters: "It's something we would consider, I guess."

Although Trump added that he would "rather get the whole deal done," his remark continued the de-escalation shown by his decision the previous day to delay raising tariffs on $250 billion worth of Chinese goods to Oct. 15 from Oct. 1, the 70th anniversary of the founding of the People's Republic of China.

The bilateral trade discussions tackle a host of thorny topics, such as Beijing's subsidizing of state-owned enterprises and the U.S. sanctions on Chinese telecom manufacturer Huawei Technologies.

"China will likely narrow the targets of tariffs during future trade negotiations," said a source close to the Chinese government. The person mentioned the possibility of decoupling the Huawei issue from the trade talks due to the national security concerns raised by members of the U.S. Congress.

One approach could involve working toward a deal in which China expands imports of U.S. agricultural products in a bid to reduce the trade imbalance while Washington delays implementing tariffs in return.

It was revealed Thursday that Chinese state-owned enterprises and other importers have ordered over 1 million tons of U.S. soybeans.

Political concerns emanating from both sides of the Pacific are driving the two parties toward the negotiating table.

In the U.S., grain prices have fallen because of the trade war, and farmers are having trouble repaying loans for equipment. Many of those farmers have supported Trump.

But their patience is wearing thin, said Jim Sutter, CEO of the U.S. Soybean Export Council. With the next presidential election a little over a year away, Trump is growing sensitive to the needs of his voting base.

In China, last month's annual closed-door gathering of past and present Communist Party leaders at the seaside resort of Beidaihe may have been a turning point for the Beijing side. There, President Xi Jinping and others in the Politburo met face to face with retired elders.

Xi's leadership "apparently came under fire over the Hong Kong protests along with the U.S.-China trade conflict," said a public sector economist.

It was Vice Premier Liu He, the lead Chinese trade negotiator, who contacted his American counterparts to request a postponement of the added tariffs. U.S. Treasury Secretary Steven Mnuchin, a China moderate, responded with a desire to advance discussions over the following weeks. The two sides are scheduled to hold working-level talks in Washington next week.