US and China reach currency truce after finding happy medium 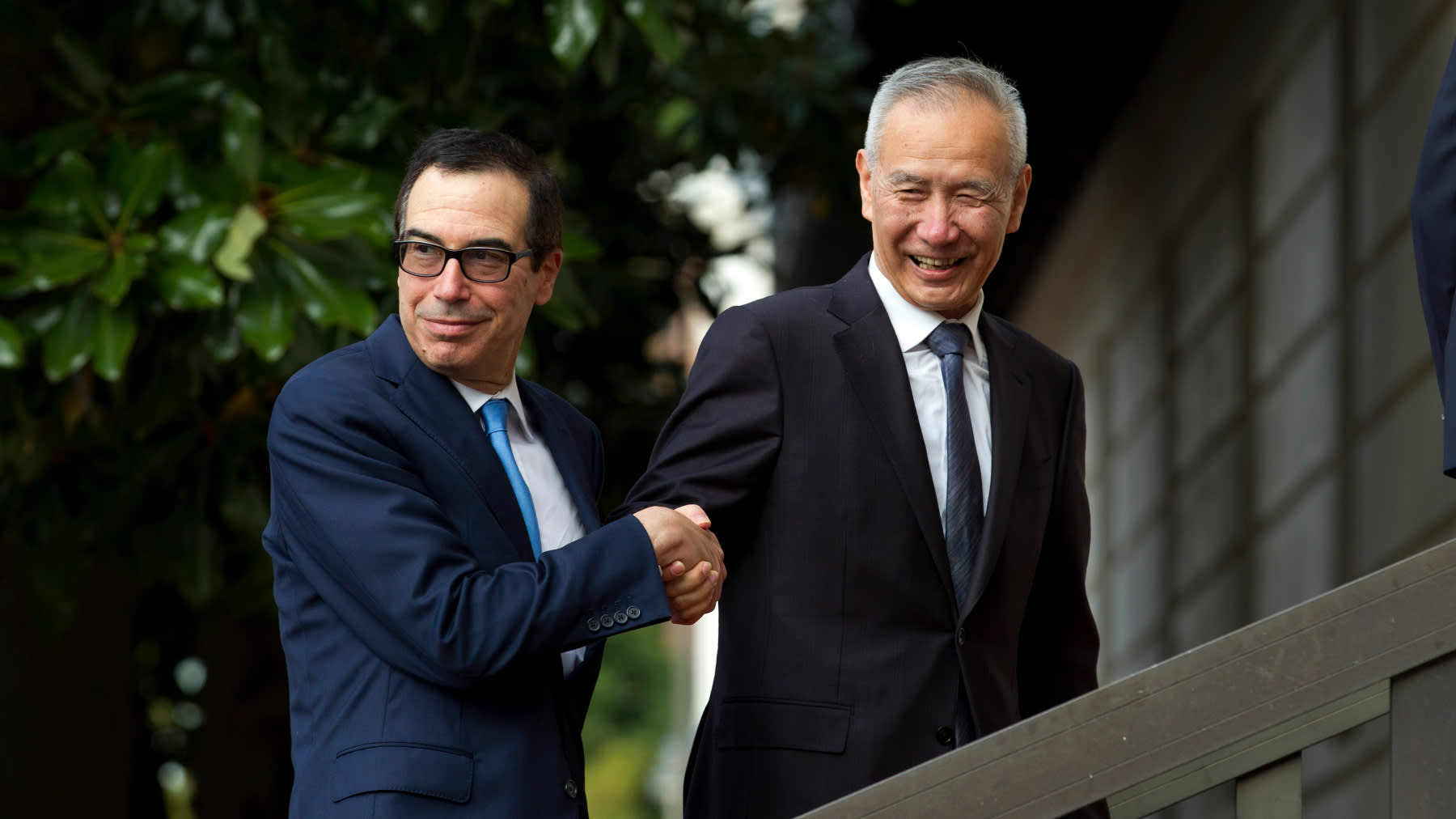 WASHINGTON/SHANGHAI -- The U.S. and China have eased currency tensions as they prepare to sign a "phase one" trade deal in Washington on Wednesday, with both sides eager to keep the yuan from weakening further.

Washington lifted its designation of China as a currency manipulator on Monday, having imposed it in August for the first time in 25 years as a move that opened the door for further sanctions.

The yuan has since strengthened to the 6.8 range against the dollar -- a level that appears to be a middle ground for the two sides, allaying American concerns over the export competitiveness while helping China manage the impact of tariffs.

"China has made enforceable commitments to refrain from competitive devaluation, while promoting transparency and accountability," U.S. Treasury Secretary Steven Mnuchin said in a statement Monday.

But the U.S. remains on guard for any future intervention by China to devalue its currency, and the two sides still lack an agreement on crucial issues like Beijing's industrial subsidies -- now back in the spotlight with Chinese steel production soaring -- as they move toward "phase two" trade talks.

Around March 2018, when President Donald Trump's administration first announced tariffs on China, the yuan had reached its strongest point in recent years of about 6.2 against the dollar. But the Chinese currency depreciated as tensions grew, weakening about 10% by August 2019 when it reached an 11-year low of around 7 to the dollar.

Many market watchers thought Beijing allowed the depreciation in order to soften the blow from the additional 25% tariffs imposed by the U.S. The "phase one" trade deal to be signed by Washington and Beijing on Jan. 15 includes a section covering Chinese currency policies.   © Reuters

The two countries were able to reach a deal on currency in just five months, in part because China also does not want its currency to weaken further amid renewed credit risks at its banks.

Foreign investment is crucial to lifting the Chinese economy, and a weak yuan could accelerate capital flight. The Institute of International Finance estimates that $137 billion left the country in the first six months of 2019.

A weaker yuan could put companies at more risk over their debts. Concerned Chinese authorities often sought insight from banks on the foreign exchange market and macroeconomic trends last fall, when the currency was on a downtrend. Even a partial reduction in American tariffs would be a turning point allowing China to shift its stance on the currency.

But the U.S. remains wary of China's yuan policy. The Treasury report warned that China manages the yuan through a variety of tools, including direct intervention in foreign exchange markets, influencing interest rates on offshore yuan assets, and swap transactions by state-owned banks.

If necessary, China could weaponize the yuan with the help of the central bank and state-owned financial institutions. But because the U.S. Federal Reserve is independent of the government, Washington has fewer options to handle currency tensions. The yuan could shift the balance in trade negotiations, which currently appear to favor the U.S.

China's industrial subsidies could pose an obstacle as well. Trade officials from the U.S., Europe and Japan met in Washington on Tuesday. They agreed to promote World Trade Organization reforms that would ban a wider range of subsidies, increasing pressure on China.