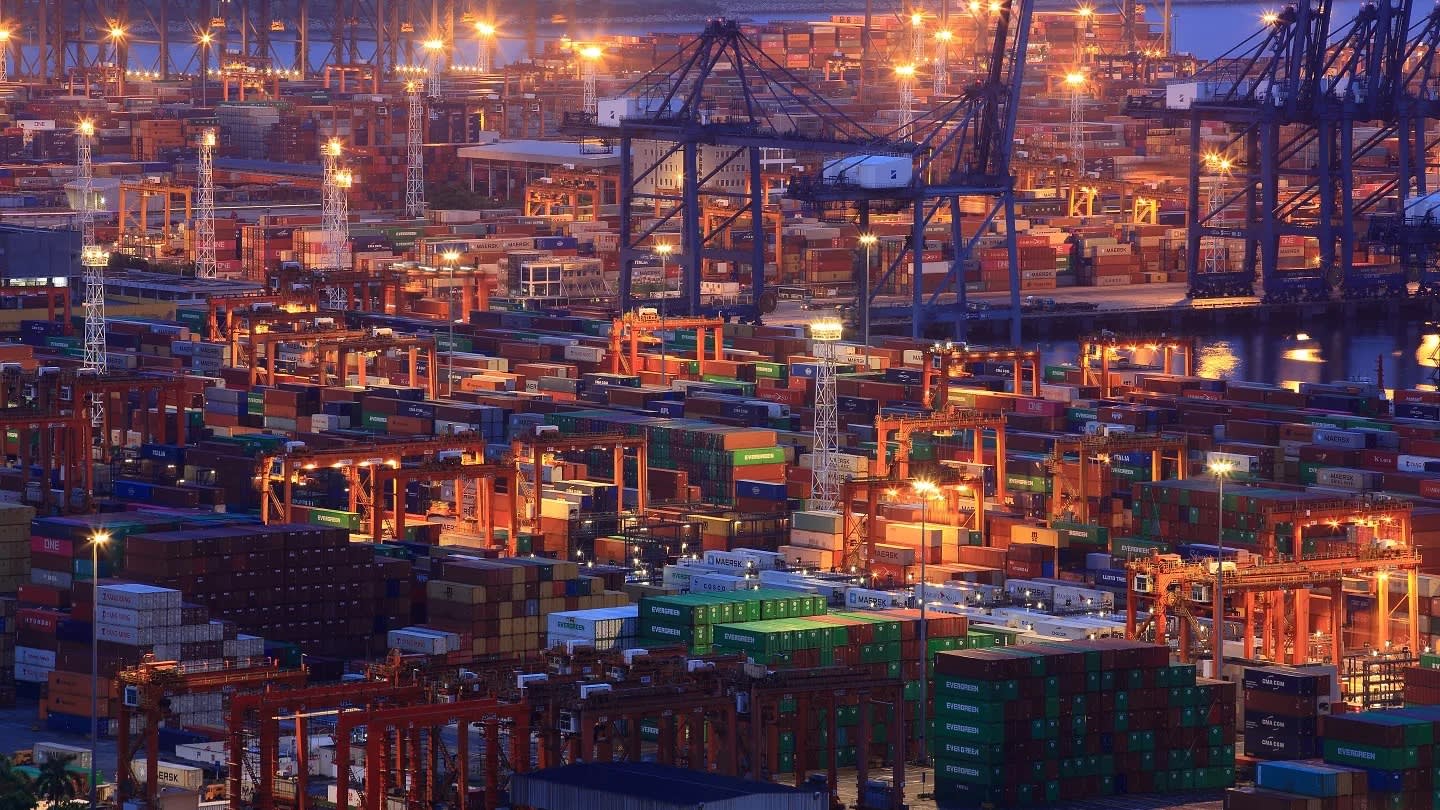 WASHINGTON (Reuters) -- Tariffs imposed or threatened by the United States and China could shave 0.8% off global economic output in 2020 and trigger more losses in future years, the International Monetary Fund said on Thursday.

IMF spokesman Gerry Rice said trade tensions were beginning to affect a world economy already facing challenges including a weakening of manufacturing activity not seen since the global financial crisis of 2007-2008.

U.S. Treasury Secretary Steven Mnuchin told Reuters he had not seen the new IMF forecast, but did not expect the impact to be as significant in the United States.

"I don't see it in U.S. as that big an impact," he said, when asked about the IMF forecast after an event hosted by the New York Times.

Rice told a regularly scheduled IMF news conference that the global lender is to release a new revised economic outlook next month, but provided no details.

The IMF had previously forecast that the U.S.-China trade war and other trade disputes threatened future global growth, but Rice said the impact was now being felt.

"Trade tensions .... are not only a threat, but are actually beginning to weigh down the dynamism in the global economy," he said, adding U.S.-China tariffs "could potentially reduce the level of global GDP by 0.8% in 2020, with additional losses in future years."

That forecast is more gloomy than one earlier this year, when the IMF said tariffs already imposed and those planned could shave 0.5% off global economic output in 2020.

"Trade tensions have only grown. There is no agreement that is in sight," Hamrick said, noting that growing concerns in the business sector were starting to bleed into consumer sentiment.

Hamrick said the IMF assessment could fuel concerns about a U.S. recession after 11 years of expansion. Economists polled by Bankrate see a 41% chance of a recession by the time of the November 2020 presidential election, he said.

Asked if the IMF anticipates a global recession, Rice said that was not in the fund's baseline at the moment. He noted that the IMF had used words such as "very precarious," "very fragile," and "delicate" to describe the economic outlook.

"Let's not get ahead of ourselves. Let's wait and see," he said, noting the forthcoming world economic outlook would provide greater clarity.

Rice stressed he was not hinting that the IMF planned to forecast a recession.

The global lender this week unveiled a new "World Trade Uncertainty" index for 143 countries based on its country reports, using data back to 1996.

In the past year, the index jumped 10-fold from previous high in the wake of escalating tensions between Washington and Beijing, it said.