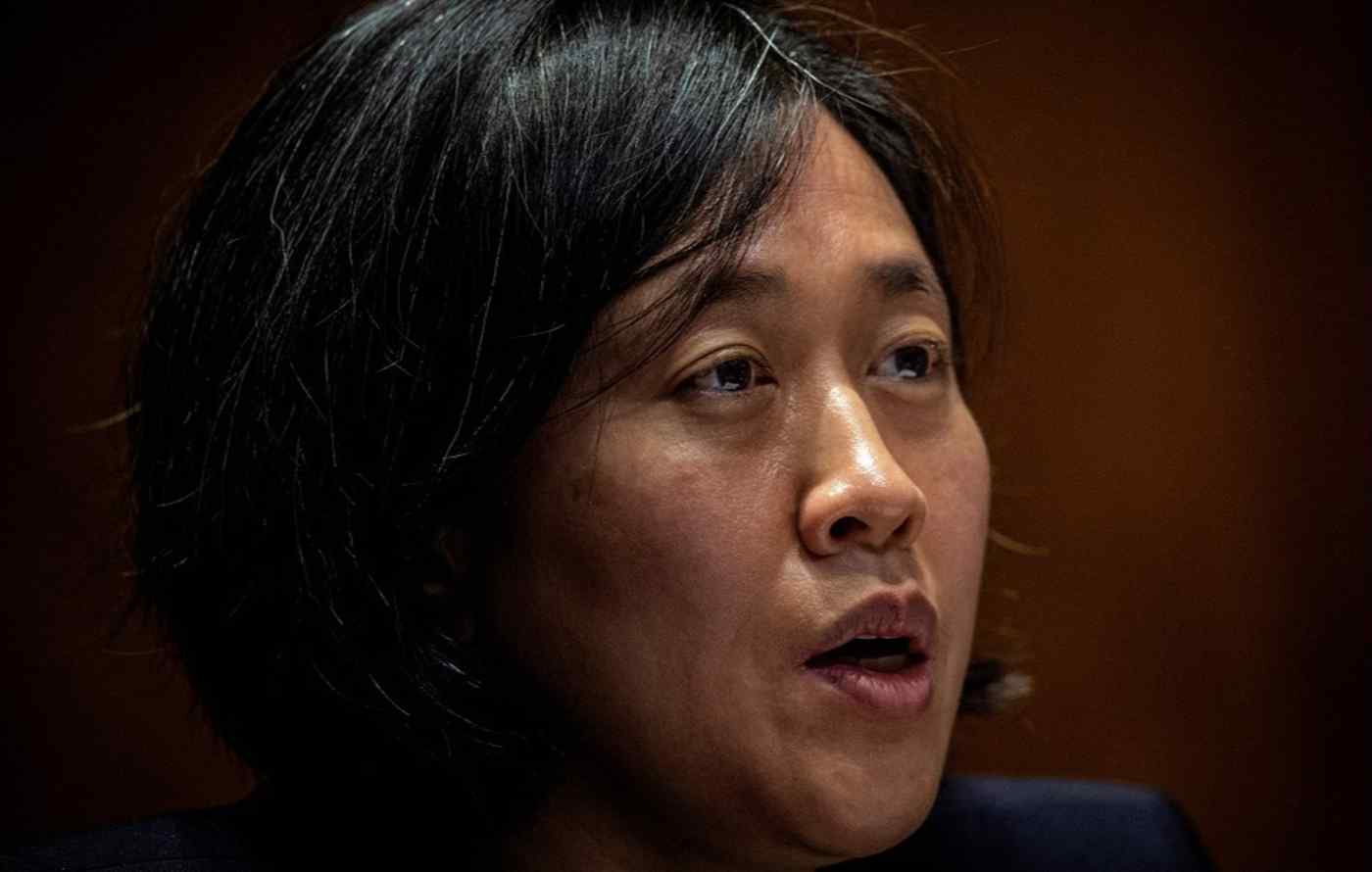 WASHINGTON (Reuters) -- U.S. Trade Representative Katherine Tai said on Wednesday she expects to engage "in the near term" with Chinese officials to assess their implementation of the "Phase 1" trade deal between the two countries, with the outcome to influence the fate of Washington's punitive tariffs on Beijing.

Tai told a Financial Times online event that she respects the need for continuity in U.S.-China trade policy, including the two-year trade deal implemented last year by the Trump administration.

"I'm very much looking forward to formally meeting my Chinese counterparts and assessing their performance and measuring what they have to say, pressing our interests and backing up a path forward," she added.

Tai said she has not had any formal contact with Chinese Vice Premier Liu He, who negotiated the Phase 1 deal for Beijing, or with any other top Chinese officials, but expects to do so "in the near term."

Asked whether U.S. tariffs on some $370 billion worth of annual Chinese imports imposed by former President Donald Trump would be lifted by President Joe Biden's administration in the near term, Tai said much would hinge on the conversations with Chinese officials and the "effectiveness" of the Phase 1 deal.

The Biden administration's approach to Trump's tariffs also depends on "the vision that we form in terms of where we want to drive this particular and very important relationship."

Tai and other senior Biden administration officials are conducting a top-to-bottom review of U.S.-China trade policy. Trump launched a tariff war between the world's two largest economies in 2018. Washington and Beijing signed the Phase 1 trade deal in January 2020.

The pact, which expires at the end of 2021, called for China to boost purchases of U.S. exports by $200 billion over two years -- a target that Beijing is far behind in meeting, partly due to the coronavirus pandemic. China also pledged to make regulatory changes on intellectual property protections, agriculture biotechnology and financial services access for U.S. firms.

Tai said one of her top hopes for areas of cooperation with China is on fighting climate change, a major policy push for Biden's administration. Cooperation will be needed among many economies to address global warming, she said, but climate issues present opportunities to develop new industries and compete more fairly based on innovation.

Asked whether the United States would launch free trade negotiations with Taiwan, Tai said that any trade and economic engagement with Taiwan must be coordinated with other policy objectives of the Biden administration, both foreign and domestic. She downplayed prospects for a full free trade deal with the island, which China claims as a wayward province.

"I want to disconnect this idea that the only way we do affirmative trade engagement, trade enhancement is through a free trade agreement. Let's think about flexibility, the kind of tools that we have, let's stay light on our feet," Tai said.