US and Japan to start trade talks in mid-January 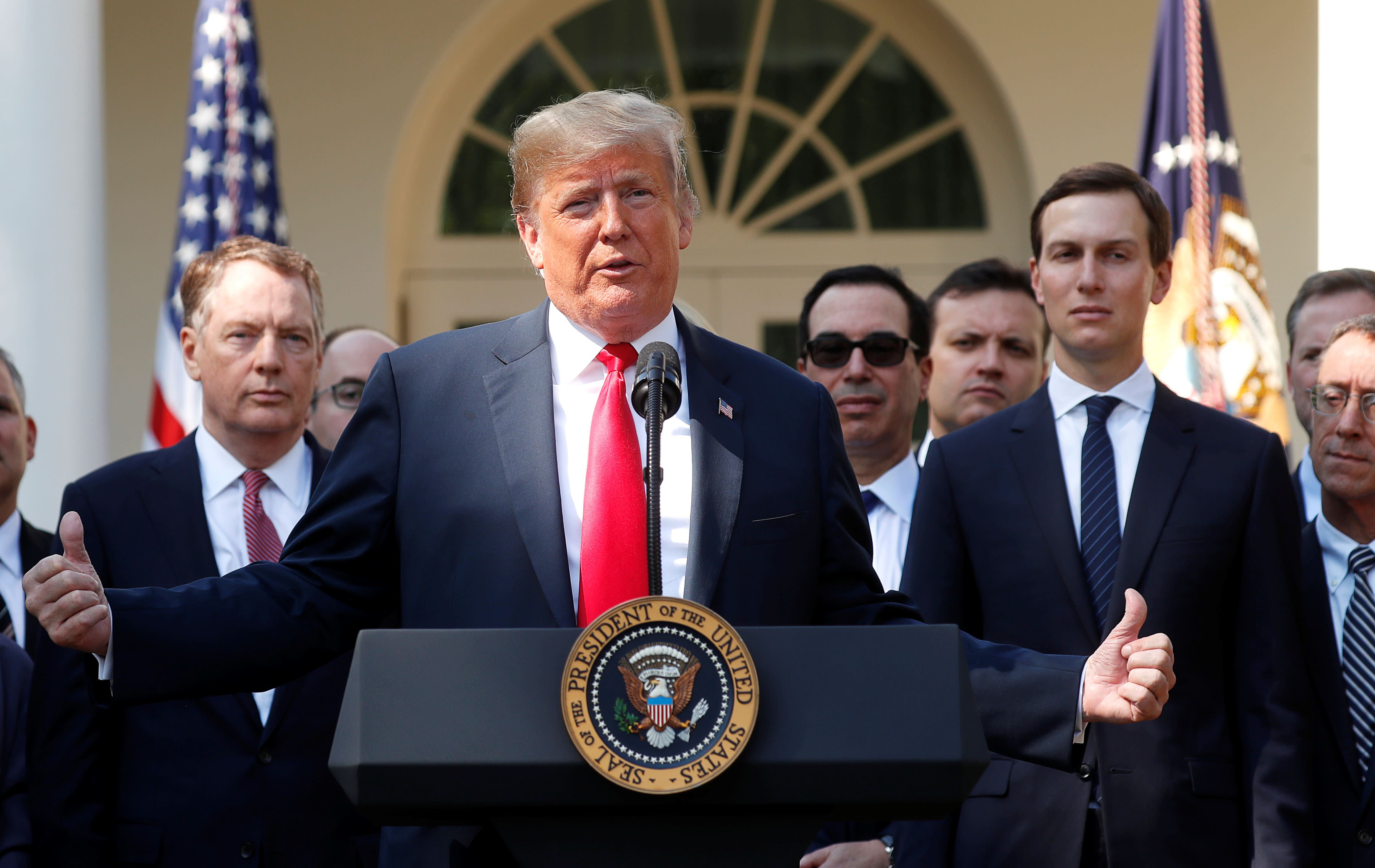 U.S. President Donald Trump appears Oct. 1 with USTR Robert Lighthizer, left. The U.S. will push Japan to cut tariffs beyond what the country agreed to in the TPP negotiations.    © Reuters

In a letter to congressional leaders, Lighthizer suggested the administration will push Japan to "address both tariff and nontariff barriers" in sectors such as automobiles and agriculture, and to "achieve fairer, more balanced trade."

"We intend to initiate negotiations with Japan as soon as practicable, but no earlier than 90 days from the date of this notice," he wrote.

Citing the $68.9 billion U.S. trade deficit in goods with Japan in 2017, Lighthizer said, "U.S. exporters in key sectors such as automobiles, agriculture and services have been challenged by multiple tariff and nontariff barriers for decades, leading to chronic U.S. trade imbalances with Japan."

In a meeting last month in New York, Trump and Japanese Prime Minister Shinzo Abe agreed to start negotiations for a trade agreement on goods, or TAG, between the two countries.

The move is a concession by Tokyo, which dropped its earlier insistence on a multilateral approach to trade issues.

Senior U.S. officials have thrown hardballs even before the start of the trade talks, with Agriculture Secretary Sonny Perdue indicating the United States will push Japan to reduce tariffs on farm products beyond levels agreed to under a free trade agreement between Japan and the European Union.

Perdue's call for better terms in a trade deal with Japan than the Japan-EU FTA came despite the understanding between Trump and Abe that Washington would not demand deeper farm tariff cuts than levels Japan has agreed in other trade pacts, also including the Trans-Pacific Partnership, an 11-member regional FTA.

Vice President Mike Pence has described the prospective deal with Japan as a "free trade agreement," contradicting Japan's assertion that the bilateral accord sought by the two governments will not be as comprehensive as an FTA.

The two governments are arranging a meeting between Pence and Japanese Deputy Prime Minister Taro Aso in mid-November in Japan to pave the way for the upcoming trade negotiations involving Lighthizer and Toshimitsu Motegi, Japan's economic revitalization minister.

Also on Tuesday, Lighthizer notified Congress that the administration intends to initiate negotiations for a trade agreement with the European Union in mid-January, and for a separate pact with Britain "as soon as it is ready after it exits from the European Union on March 29, 2019."

"We are committed to concluding these negotiations with timely and substantive results for American workers, farmers, ranchers and businesses," the USTR said in a statement.