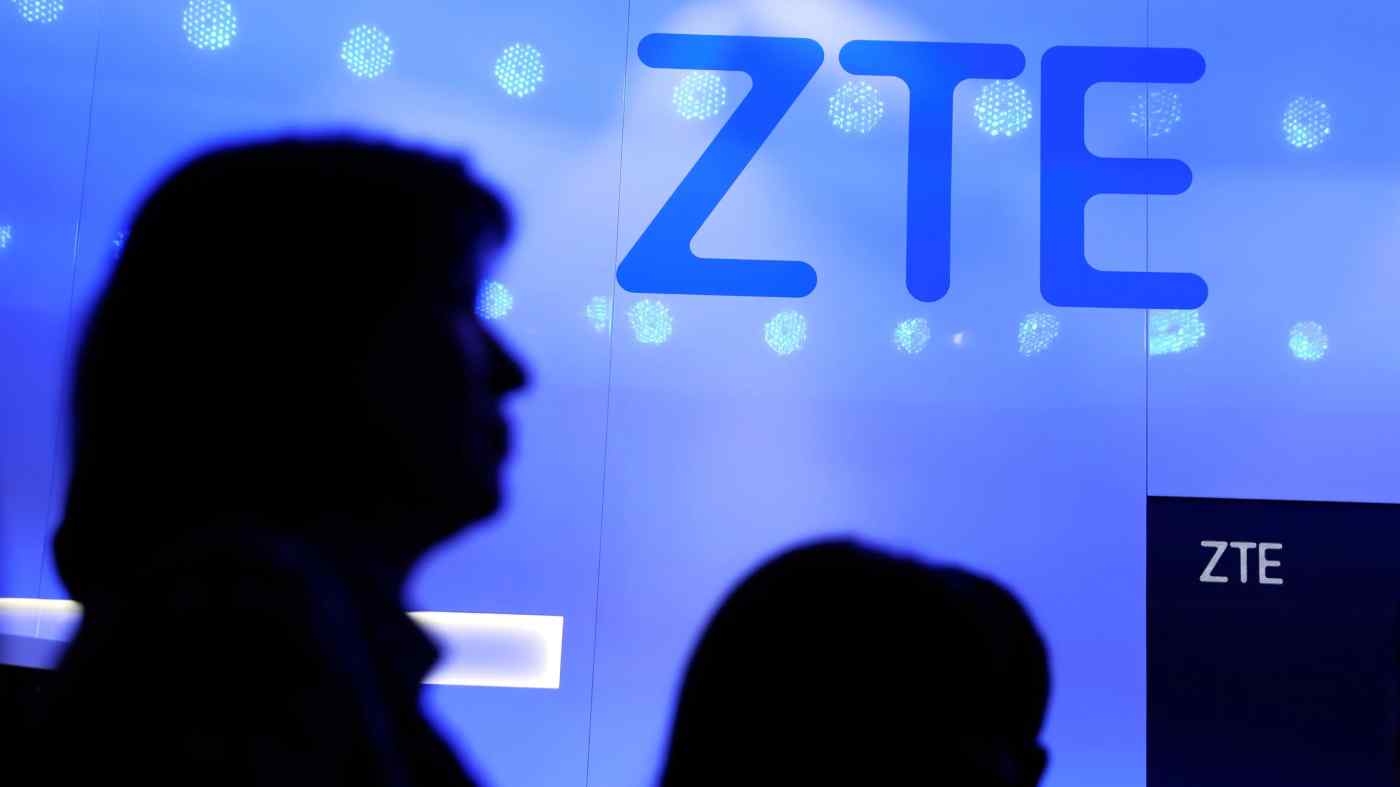 ZTE has been one of the companies hardest hit by the U.S.-China trade war.   © Reuters
TAKASHI KAWAKAMI and SHUNSUKE TABETA, Nikkei staff writersMarch 28, 2019 02:23 JST | China
CopyCopied

GUANGZHOU/BEIJING -- The U.S.-China trade war is leaving visible scars on China's technology companies as embattled telecommunication equipment maker ZTE dips into the red for 2018 and growth fades at three other industry leaders targeted by Washington.

The U.S. banned government agencies from procuring products made by five Chinese companies from this August and forbade business with other companies that use their products from August 2020 in its 2019 National Defense Authorization Act, approved last August. Although the rules have yet to take effect, many Chinese companies are already seeing a slowdown in growth as a result.

ZTE booked a net loss of 6.9 billion yuan ($1.03 billion) in 2018, the company said Wednesday, compared with a net profit of 4.5 billion yuan in fiscal 2017. A U.S. ban that brought its operations to a virtual halt and a $1 billion fine to lift that ban weighed on earnings.

Last April, the U.S. banned American businesses from selling critical components like semiconductors used in smartphones and communications equipment to ZTE because of the Chinese company's violations of sanctions on Iran and North Korea. Operations fully resumed in July after the fine was paid.

Sales sank 21% to 85.5 billion yuan as a result. In addition to the U.S. ban, ZTE's reputation was badly damaged in Europe, the Americas and Oceania as sales plummeted 45% in those regions. Chinese sales also contracted 12%. Sales in the consumer business segment, which includes smartphones, nosedived 45%, while the carriers' network segment dropped 11%.

ZTE hopes the shift to 5G will revitalize earnings, but the U.S. and Australia have banned it from participating in their networks, and competition with other telecommunications equipment makers is intensifying.

"Their American operations are struggling because of the U.S.-China trade war," a Chinese securities company said about the source of their troubles.

China's high-tech companies have increased sales in emerging countries, including the domestic market, while advancing into the U.S. Hikvision, for instance, is thought to generate 7% of its sales in the U.S. At ZTE, the region encompassing Europe, the Americas and the Pacific accounted for 17% of sales in 2018, down from 25% in the prior year.

Huawei's 2018 sales, on the other hand, are expected to climb 21% from a 15.7% rise in 2017 on growth in smartphones and base stations, mainly overseas. The company is facing calls by the U.S. for countries to ban its products over security concerns, however.

"In 2019 we might face challenges and difficulties in international markets. That is why I said ... our growth next year would be less than 20%," founder and CEO Ren Zhengfei said.

Chinese President Xi Jinping has promoted growth in communications devices and surveillance cameras through his "Made in China 2025" initiative to modernize domestic industry. Premier Li Keqiang also said the country plans to raise its technological prowess in his government work report at the National People's Congress earlier this month.

U.S. President Donald Trump, on the other hand, has demanded that Beijing revise Made in China 2025, maintaining a hard line. The next round of ministerial-level trade talks between the two countries will be held in Beijing from Thursday to Friday and then in Washington in early April. All eyes will be on whether negotiators can find common ground for a final deal between the leaders.

Communications providers around the world have said a ban on Chinese products would mean higher costs. Many companies will be affected from a protracted trade war given the critical role that Chinese companies play in the global supply chain.