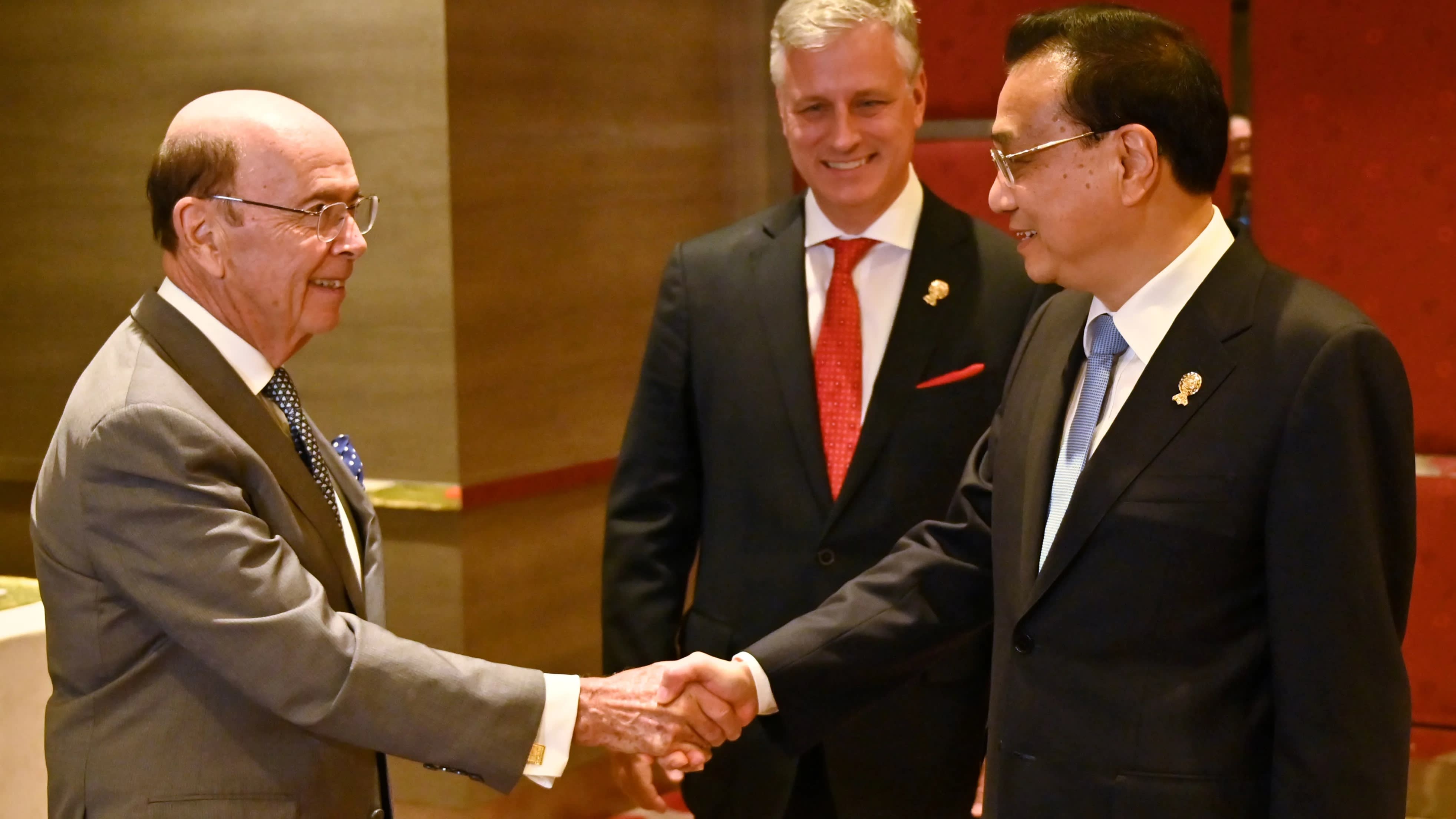 TOKYO -- Wilbur Ross, the U.S. commerce secretary, is "reasonably optimistic" about a swift signing of an initial agreement to resolve over a year of trade tensions between the U.S. and China.

"We're making very good progress toward the completion of Phase 1 negotiations with the People's Republic of China," Ross told reporters on Tuesday in a phone briefing from Bangkok, where he had attended the Association of Southeast Asian Nations summit.

To emphasize how quickly an agreement could come, Ross said negotiators had planned to have a Phase One deal ready for presidents Donald Trump and Xi Jinping to sign at the Asia-Pacific Economic Cooperation Summit in Chile on Nov. 17. But the summit has been canceled due to political unrest in the host country.

"We're seeking another location and once we find one, we'll firm up a date and go forward," Ross said.

Ross would not confirm a report in the Financial Times that U.S. officials are considering rolling back tariffs on $112 billion of Chinese imports, a key demand from Beijing. The rollback would be in addition to last month's suspension of tariffs, scheduled to take effect in December.

Signs of a resolution to the tariff war would be a welcome relief to business and economic planners. Global supply chains have been caught in the crosshairs of the trade dispute, with businesses shifting production from mainland China to Southeast Asian nations like Vietnam and Cambodia to avoid tariffs on U.S.-bound exports.

Ross portrayed this development as a boon for the region, dismissing concerns about business uncertainty arising from the trade war. "Frankly, I think the uncertainty has been played out much more in the media than in real life," he said. "Vietnam has been a big beneficiary of the rethinking of supply chain management to diversify from China."

The commerce secretary expects businesses to be assuaged by the Phase One deal.

"The question people had was largely one of duration," he said. "They were worried that this trade spat might go on for years and years and years. I think if we resolve Phase One, that will calm people down a lot because they'll see that end point is within sight."

When asked what it would take to restore business confidence lost in the trade war between the world's two largest economies, Ross deflected the blame to other political and economic developments around the world.

"You have a lot of fundamental economic weakness in Europe, for example, and a lot of uncertainty arising from Brexit," he said. "You also have turmoil that a lot of Latin American countries are in.

"I think it's a little bit of oversimplification to suggest that all the trade problems arise from the discussions between the U.S. and China."

From Bangkok, Ross will continue his Indo-Pacific tour in Indonesia and Vietnam, traveling with a delegation of U.S. business leaders.