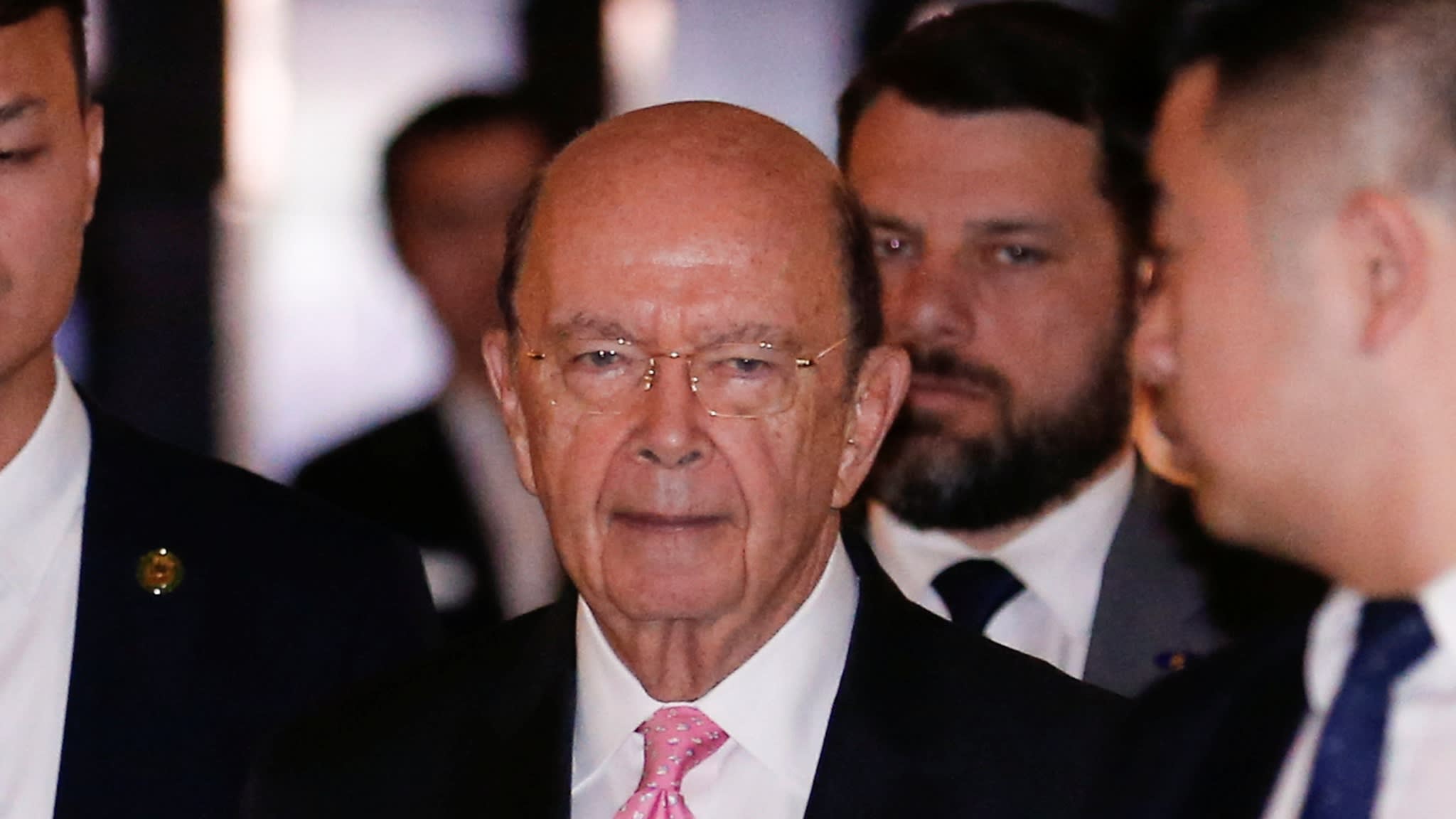 BEIJING (Reuters) -- U.S. Commerce Secretary Wilbur Ross arrived in Beijing on Saturday aiming to secure more Chinese purchases of U.S. goods and energy, days after Washington intensified pressure in its dispute with China and infuriated allies with tariffs on metals.

Ross did not speak to reporters at his Beijing hotel on Saturday afternoon. He was scheduled to have dinner on Saturday with Chinese Vice Premier Liu He, Beijing's lead negotiator in the trade dispute, at the Diaoyutai State Guest House, a U.S. official said. The two were also due to meet on Sunday.

The visit by Ross follows renewed tariff threats this week against China by the Trump administration, and as U.S. allies are in a foul mood with Washington after they were hit with duties on steel and aluminium.

The United States and China have threatened tit-for-tat tariffs on goods worth up to $150 billion each.

After it had appeared a trade truce between the two economic heavyweights was on the cards, the White House this week warned it would continue to pursue tariffs on $50 billion worth of Chinese imports, as well as impose restrictions on Chinese investments in the United States and tighter export controls.

Ross, who was preceded in Beijing this week by more than 50 U.S. officials, was expected during the two-day visit to try to secure long-term purchases of U.S. farm and energy commodities to help shrink a $375 billion trade deficit with China. U.S. President Donald Trump has demanded that China take steps to reduce the gap by $200 billion annually by 2020.

The U.S. team also wants to secure greater intellectual property protection and an end to Chinese subsidies that have contributed to overproduction of steel and aluminium.

While many countries share U.S. frustration with Chinese trade and economic practices, critics of U.S. policy under Trump have warned that Washington risks alienating the European Union, Canada and Mexico with 25 percent tariffs on steel and 10 percent on aluminium.

On Friday, the United States' closest allies attacked the Trump administration over the tariffs, with Japan calling the U.S. action "deeply deplorable" during a meeting of G7 finance leaders in Canada.

While U.S. officials have sent conflicting signals during the dispute with China, one person familiar with planning for Ross' visit said his aim was to keep dialogue going.

Ross is "going there to tread water", the person said, declining to be identified due to the sensitivity of the matter.

"The more Trump is irritating allies and asking Chinese to buy stuff, the better off they are, because he's not sitting there and attacking the hard issues," the person said.

Those hard issues include what the U.S. complains is rampant theft of intellectual property, as well as Beijing's support for cutting-edge technologies under its Made in China 2025 policy.

Some people familiar with the matter have told Reuters that approval may depend on progress of broader talks and a reprieve from a U.S. government ban on sales by U.S. companies to China's ZTE Corp, penalised for illegally supplying telecommunications gear to Iran and North Korea.

The Trump administration may soon fine ZTE as much as $1.7 billion as it looks to punish and tighten control over the firm before allowing it back into business, people familiar with the matter told Reuters.

Reuters reported last Sunday that Qualcomm was expecting to meet this week in Beijing with China's antitrust regulators in a final push to secure clearance for the deal, but the meeting never materialized and the San Diego-based firm is now waiting to see the outcome of the Ross talks before executives travel to China, a person familiar with the matter said on Saturday.

China's exports have mushroomed since it joined the World Trade Organisation in 2001, making it the world's second-largest economy. It has positioned itself as a defender of the global trade system in the face of a tougher U.S. stance under Trump.

"It's useful and meaningful for China to make allies under the WTO's multilateral trade system," said Lu Zhengwei, chief economist at Industrial Bank in Shanghai.

"However, what the U.S. is saying right now is: 'I'm done with you, I don't want to stick with the rules anymore', and there's not much we can do."