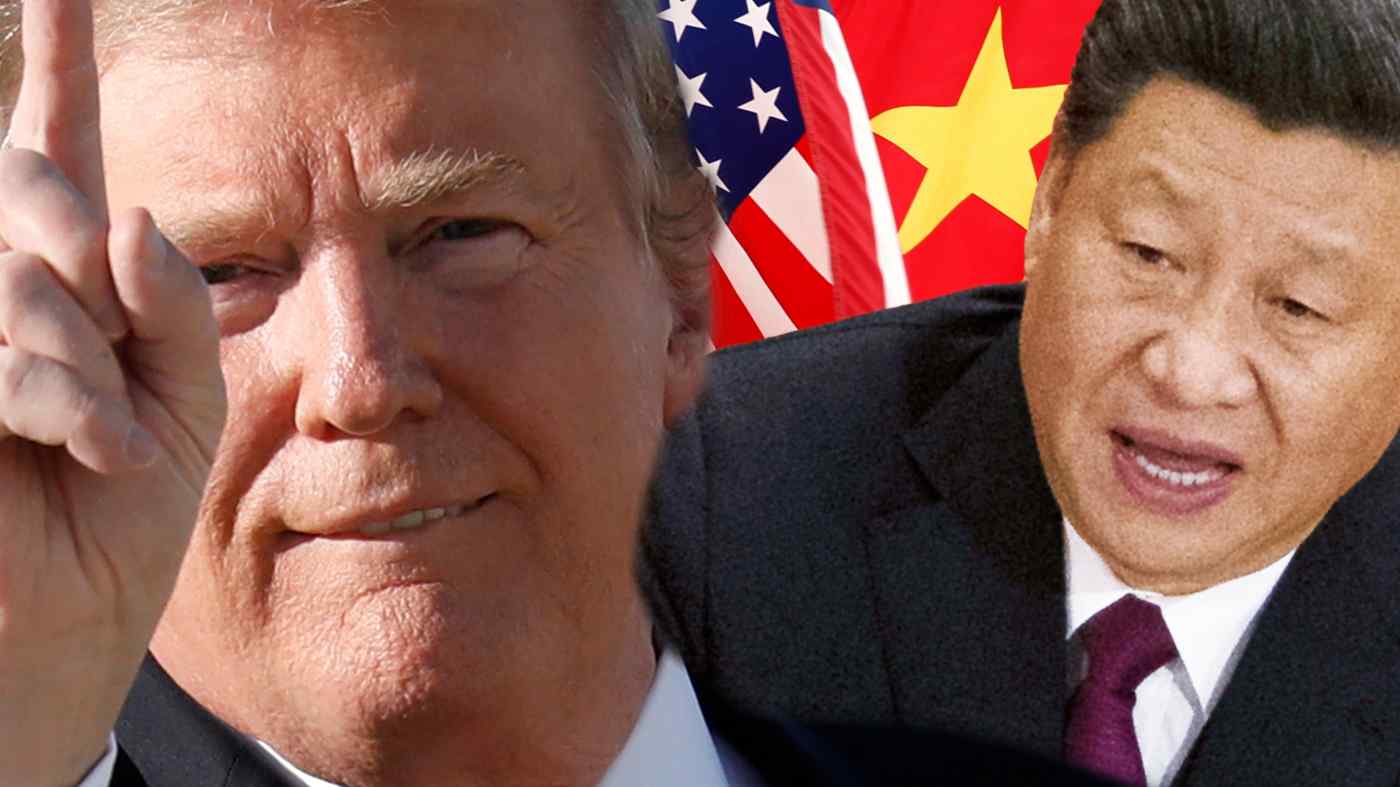 WASHINGTON/BEIJING/TOKYO -- The U.S. slapped additional tariffs on Chinese goods on Friday even as the two sides agreed to keep talking, raising fears that the global economy will suffer.

The tariffs, which were lifted to 25% from 10%, apply to more than 5,700 categories of Chinese imports worth around $200 billion. Many consumer products, such as food and electric appliances, will be hit. The higher duties may push prices up, denting U.S. consumer spending.

Shortly before the duties were levied, a White House spokesperson said negotiations between the two sides would continue on Friday morning local time.

The higher duty applies only to exports sent on or after May 10, according to a notice published in the Federal Register by the Office of the U.S. Trade Representative. This contrasts with previous tariff rounds that also hit shipments already in transit.

The affected goods include items that can take two to four weeks to arrive by sea, such as appliances and furniture, meaning that the hike's full impact will likely take some time to be felt. This leaves some room for negotiations that could potentially head off the worst of the damage.

In a short statement, China's Commerce Ministry said it "deeply regrets" the U.S. decision and that it "will have to take necessary countermeasures." It also expressed hopes that the two sides can resolve the issue.

The reaction on Asian Stock markets was mixed.

About an hour after the tariff rate went up, Shanghai's SSE Composite Index was 1.5% higher than Thursday's close. In Hong Kong, the Hang Seng Index was also up, by 0.64%. Some investors were optimistic that the talks will lead to an improved situation.

In Japan, fear of the global economy being negatively impacted sent the Nikkei average on the Tokyo Stock Exchange down by 0.77 %. South Korea's main gauge was also down, by 0.27%. 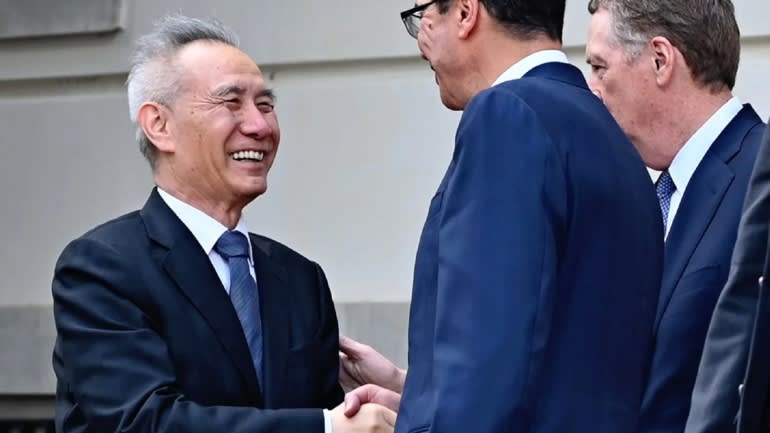 Chinese Vice Premier Liu He arrives at the office of the U.S. Trade Representative in Washington, where he was greeted by lead negotiator Robert Lighthizer, right, and Treasury Secretary Steven Mnuchin. (Photo by Taisei Hoyama)

Ahead of the talks, U.S. President Donald Trump said he had received a letter from Chinese President Xi Jinping, and that he would likely speak to his counterpart by phone.

"He just wrote me a beautiful letter. I just received it, and I'll probably speak to him by phone," Trump told reporters at the White House.

He said that in the letter Xi had called to "work together" and see "if we can get something done."

Upon arriving in Washington, Liu told reporters that he came with sincerity and that he hoped to engage in rational and candid exchanges with the U.S. side, the official Xinhua News Agency reported. China believes that "raising tariffs is not a solution to the problems" and would be harmful to China, the U.S. and the world, he said.

The main point of contention for Washington is Beijing's subsidies to core industries, a cornerstone of its model of state capitalism. The Chinese government is making more than $500 billion in financial support available to advanced manufacturing sectors at the center of its "Made in China 2025" initiative, the Office of the U.S. Trade Representative said in a February report.

In the closing stages of the talks, Beijing began putting forward smaller reform proposals, such as just reviewing practices on the local-government level, an executive at a U.S. industry group said.

The Chinese side has also balked at writing certain proposals into law, such as a broader ban on forced technology transfers, which the USTR insists is necessary to ensure enforcement.

Liu, a close aide to Xi, had been drafting the agreement in line with the American demands. But the Communist Party's Politburo objected strongly to some provisions when it reviewed the proposed final version this month, according to a source familiar with the trade negotiations.

The International Monetary Fund estimates that a 25% added tariff on all trade in goods between the U.S. and China would depress American real gross domestic product by up to 0.6% and Chinese real GDP by as much as by 1.5%.