US imposes 10% tariffs on $200bn of Chinese goods, threatens more

Trump vows to tax another $267bn of imports if Beijing retaliates 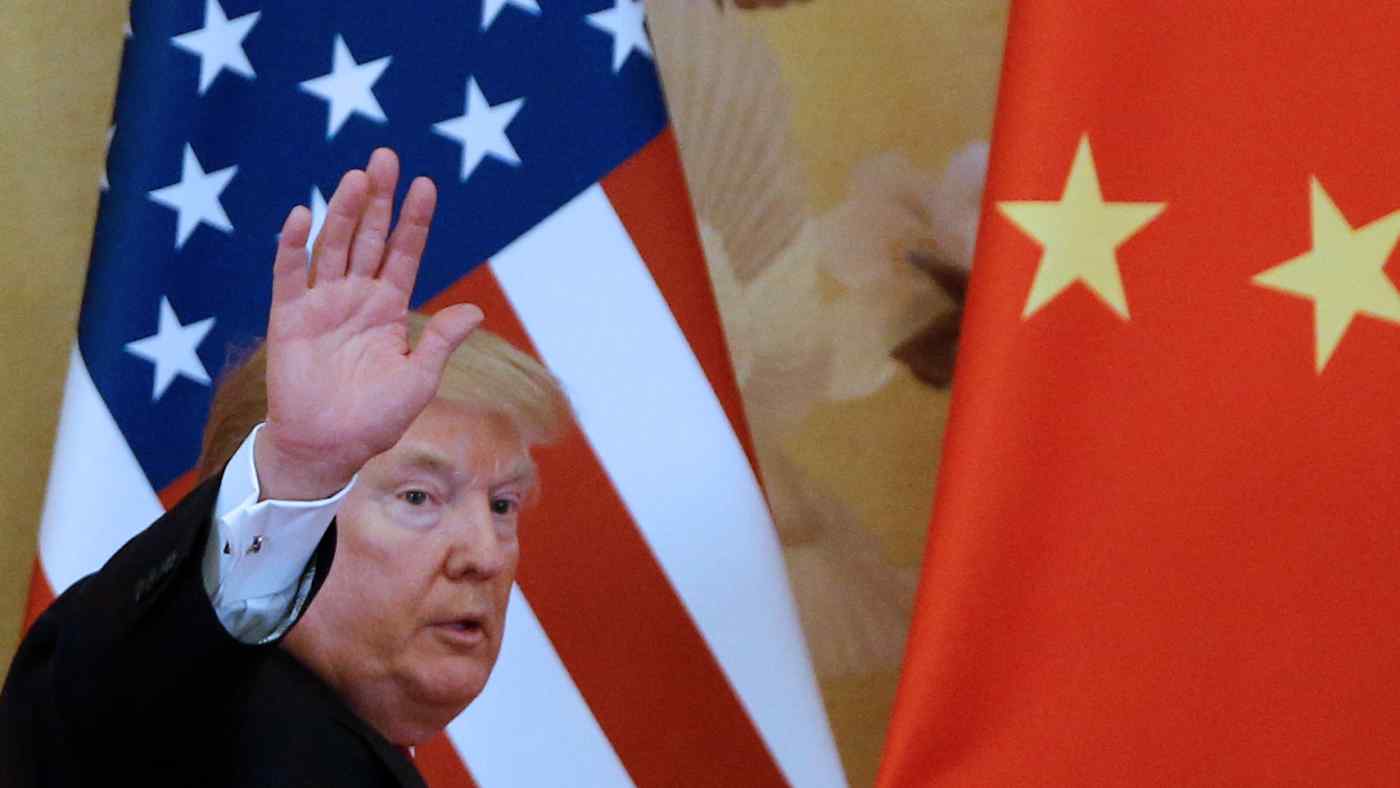 A 10% tariff on the list will take effect Sept. 24, giving affected U.S. businesses time to adjust before a 25% rate kicks in on Jan. 1. "Further, if China takes retaliatory action against our farmers or other industries, we will immediately pursue ... tariffs on approximately $267 billion of additional imports," President Donald Trump said in a statement released by the White House.

The announcement appears likely to sabotage plans for an upcoming round of trade talks and is unlikely to pass without significant retaliation by Beijing.

"If the U.S. imposes any additional tariffs on China, we will have to take necessary countermeasures and resolutely safeguard our legitimate and legal rights and interests," Chinese Foreign Ministry spokesperson Geng Shuang told reporters Monday.

"Dialogue and consultation on the basis of equality, good faith and mutual respect make the only viable way out for the China-U.S. trade issues," Geng said.

Monday's announcement targets consumer products in a way that the tariffs previously imposed on a combined $50 billion in Chinese goods did not. A senior Trump administration official said around 300 tariff lines were removed from the original list -- which had included more than 6,000 Chinese products -- to accommodate input offered at public hearings on the proposed measures.

A number of consumer electronics, including smartwatches like Apple's Watch and Bluetooth devices, as well as certain chemical inputs and health and safety goods, are among the products that were removed from the final list in response to requests from the public.

Rajiv Biswas, Asia-Pacific chief economist at IHS Markit, said the "immediate impact of the 10% tariff rate will be limited" because it will be offset by the depreciation of the Chinese yuan against the U.S. dollar. But he warned that "if no U.S.-China trade deal can be reached by the end of 2018 and the U.S. tariff rate escalates to 25% ... the impact on China's export sector will be far more significant."

Trump has prioritized a balancing of the trade deficit with China and views tariffs as an effective means of pressuring Beijing to change what his administration deems "unfair trade practices."

Trump tweeted earlier in the day that tariffs have put Washington in a "very strong bargaining position." Saying billions of dollars, and jobs, have been flowing into the country with minimal cost increases, the president wrote: "If countries will not make fair deals with us, they will be 'Tariffed!'"

Peter Morici, an economist and professor emeritus of business at the University of Maryland, said the difference between 10% and 25% tariffs is "enormous" and would change the outcome of the trade war.

"China has many levers and can negate half of the 10% tariffs just by lowering their currency and have state banks lend money to Chinese companies that will never have to be repaid," said Morici, who has advised the Trump administration on tariffs and whose praise the president cited in a Monday tweet.

"China has had many opportunities to fully address our concerns," Trump said in his statement. "Once again, I urge China's leaders to take swift action to end their country's unfair trade practices. Hopefully, this trade situation will be resolved, in the end, by myself and President Xi [Jinping] of China, for whom I have great respect and affection."