US links currency to all trade talks, vexing China and Japan

Mnuchin says deals must include provision against devaluation 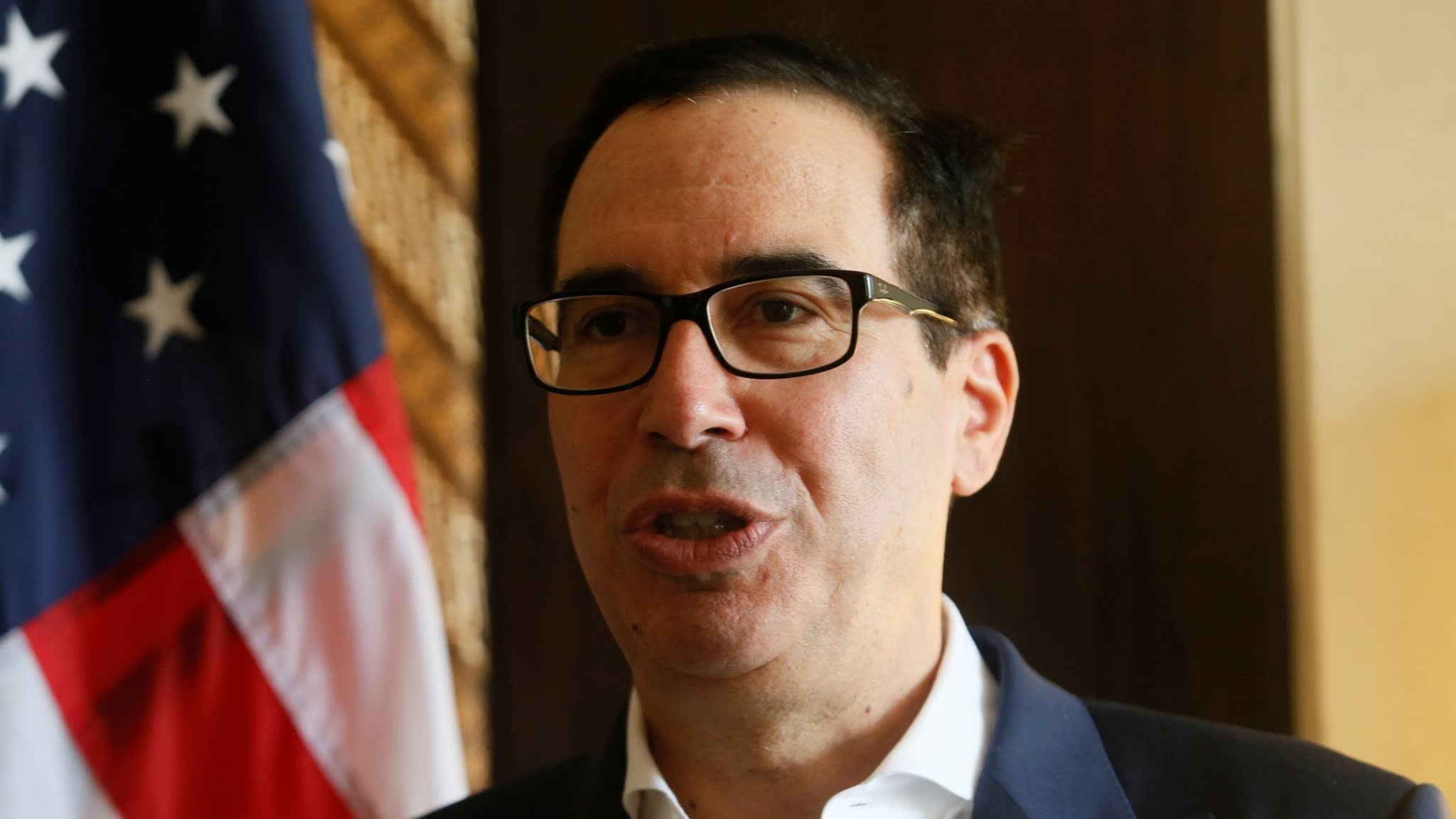 "We would like to include [currency stipulations] in future trade agreements with everybody," Mnuchin told reporters a day after the finance ministers and central bankers from the Group of 20 industrial and emerging-market nations concluded two days of talks on the Indonesian resort island of Bali.

The comments reflect the Trump administration’s renewed determination to reduce its trade deficit with other nations, even through unconventional measures. But with the global economy showing signs of distress, the risk of the trade war extending to currency disputes threatens to cause further turmoil.

Mnuchin said Washington would like to include "the language that we put in our USMCA. ... That is the model that we would like to incorporate going forward. We think that is a good model with transparency."

The language in the USMCA does not differ much from that in the G-20 statement, but such a provision in a bilateral agreement could have a much larger impact.

The U.S. appears to have brought up the currency issue because of the upward pressure the dollar faces in the markets. With the Federal Reserve raising interest rates, money is flowing back into the U.S., pushing the greenback's value relative to other currencies to a 16-year high.

The Treasury secretary emphasized that the U.S. will not target particular countries or economies, nor make exceptions on the matter, trotting out Japan as an example. "I am not singling out Japan on that," he said.

Such comments ring hollow for Tokyo, which is next at bat for trade talks with Washington in early 2019.

The revised U.S.-Korea Free Trade Agreement also has a currency side deal. Washington is likely to put similar measures on the negotiating table in ongoing trade talks with the European Union as well as in talks with Japan.

The Japanese side had said currency devaluation was not discussed at a meeting between Prime Minister Shinzo Abe and U.S. President Donald Trump in September. But Mnuchin's comments here brought into sharp relief Washington's strategy of resolving the trade deficit by addressing the dollar's strength.

"Linking the trade issue and currency exchanges is taboo," an expert on currency matters said.

The U.S. has a trade deficit of around $70 billion with Japan. A currency devaluation provision in a trade agreement would signal to the markets that Washington is trying to combat the deficit by guiding the dollar weaker. "A currency provision would serve the sole purpose of strengthening the yen against the dollar," the expert said.

Washington threatened with a 25% tariff on Japanese-car imports to bring Tokyo to the negotiating table for new bilateral trade talks. If Japan accepts the currency provision for fear of retaliatory tariffs, it could lose freedom on its own currency policy.

If the American trade deficit does not go down, Washington could rail against even verbal interventions in currency markets, currently considered "gray areas," and could eventually "target the Bank of Japan's monetary easing," a Japanese policy source says.

Meanwhile, the U.S. and China are currently locked in a trade war. Should Washington and Beijing decide to sit down for talks, currency values will be a topic of discussion.

Earlier this week, Mnuchin raised concerns about the Chinese yuan's fall this year, describing it "significant."

According to XE.com, in early February around 6.27 yuan could buy a dollar. Now the rate is closer to 6.97.

The Treasury secretary revealed that during talks with Chinese officials in Bali, the Chinese representatives "emphasized" to him that it is not in their interest to see the yuan to continue depreciating.

"As I've said," Mnuchin stressed, "the currency issue is an important issue for us in trade and will be part of our trade discussions. We want to make sure that depreciation is not being used for competitive purposes in trade."

He added that no decision has been made on whether Trump and Chinese President Xi Jinping will sit down to talk trade at the G-20 summit in Argentina in November.

"To the extent that we can make progress towards a meeting," he said, "I would encourage that, and that's something that we're having discussions about. For the moment, there's no preconditions. The president will decide on that."