US pushes China for monthly meetings to enforce trade deal 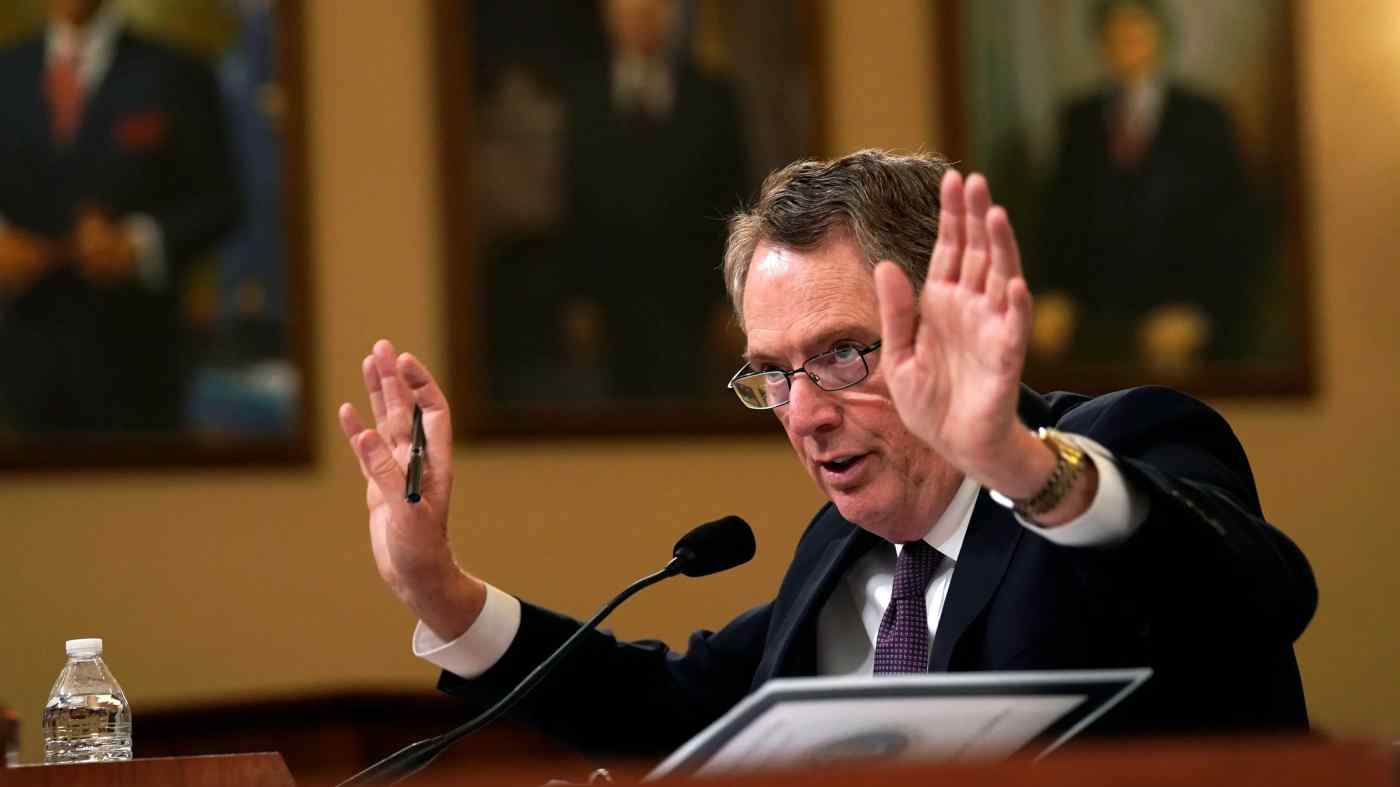 WASHINGTON -- The U.S. and China should meet once a month to ensure the enforcement of any trade agreement they reach, the top American trade negotiator said Wednesday, stressing Beijing's commitment to structural change as a prerequisite to a deal.

"This administration is pressing for significant structural changes that would allow for a more level playing field, especially when it comes to issues of intellectual property rights and technology transfers," U.S. Trade Representative Robert Lighthizer said in a congressional hearing.

"Much still needs to be done before an agreement can be reached, and more importantly, after it is reached," he said, in a more cautious tone than President Donald Trump, who has talked of hosting a "signing summit" with Chinese President Xi Jinping at his Mar-a-Lago estate soon.

The issues between the two countries are "too serious" to be resolved by Chinese promises to buy more American goods, Lighthizer said. Beijing has indicated that it will increase imports from the U.S. by $1 trillion or so over the next six years, pleasing Trump.

"We must have rules, enforced rules, that make sure market outcomes and not state capitalism and technology theft determine winners," he said.

Noting that Beijing has typically not made good on past promises, Lighthizer said it will be critical to have tough enforcement provisions. "I can point to many examples" of the Chinese government signing on to an agreement, "and in very few cases have they actually kept their obligations," he said.

Trump decided Sunday to delay a self-imposed March 1 deadline for a trade agreement, putting off raising 10% punitive duties on $200 billion worth of Chinese goods to 25%. He cited "significant progress" in the area of intellectual property and technology transfers.

The trade negotiator also signaled that he is looking to start trade talks with Japan. Lighthizer said he hopes to travel to Japan "very soon" -- possibly within a month -- to begin the talks.

With the 11-nation Trans-Pacific Partnership trade pact entering into force on Dec. 30, beef and other American farm products are losing competitiveness in the Japanese market, making bilateral trade talks imperative for the U.S.

Japan is planning to hold cabinet-level meetings with the U.S. in April and May, ahead of Trump's visit in late May. In addition to opening up the farm market, Washington is also asking Japan to curb auto exports, expand U.S. investment and eliminate non-tariff trade barriers.