US reveals tariffs on $300bn of Chinese goods, including phones 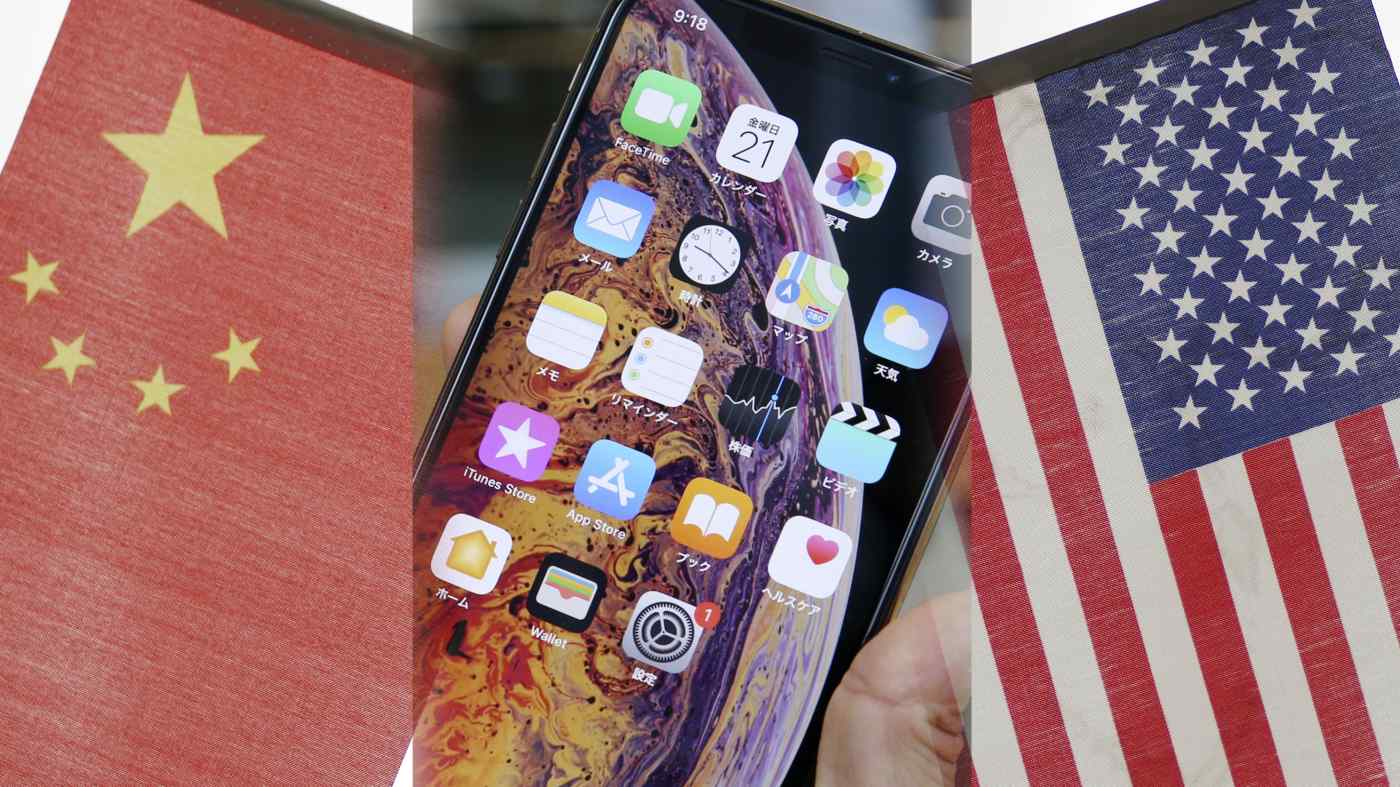 The proposed list of new tariffs targets more than 3,800 items including smartphones and laptop computers, which had until now been excluded from the tariff war.
TAISEI HOYAMA, CHENG TING-FANG and LAULY LI, Nikkei staff writersMay 13, 2019 22:12 JSTUpdated on May 14, 2019 09:29 JST | North America
CopyCopied

WASHINGTON/TAIPEI -- The Office of the U.S. Trade Representative on Monday announced it will begin formal procedures to impose a fourth round of tariffs against China, a 25% levy on about 3,800 items, including $43.2 billion worth of smartphones and $37.5 billion worth of laptop computers.

Many consumer goods, including clothing, will be subject to tariffs. Some drugs and rare earths will be excluded.

The USTR did not specified exactly when the fourth round of tariffs will take effect. U.S. authorities will begin holding public hearings on June 17 and spend another week listening to the opinions of private businesses and other organizations.

Tariffs are expected to be imposed at the end of June at the earliest, but the date could be delayed until July or August.

Asia's tech industry is moving quickly to avert the worst of an all out trade war.

Asustek Computer, one of the world's leading PC makers, has signaled it will now implement a contingency plan to shift production out of China to avoid being hit by any new tariffs.

"We could never rule out the worst case scenario that the rest of the $325 billion Chinese imports would be subject to tariff hikes, which will include notebook computers and all the consumer electronics," Co-CEO Samson Hu said. "We discussed with our suppliers last year and formed some contingency plans to deal with that. Now we will re-initiate those plans as soon as possible."

Some 15% of Asustek's sales are in the U.S. The company's notebook suppliers include Pegatron, Compal Electronics and Wistron -- who are also iPhone and iPad manufacturers. Asustek had already asked suppliers to shift computer motherboard and graphics card production for the U.S. market to Taiwan and Vietnam as those products had been subjected to tariffs since the second half of 2018, Hu said.

Foxconn, Apple's most important supplier and formally known as Hon Hai Precision Industry, has already diversified its server production to Taiwan and other places. On Monday, it signaled the trade war could be an opportunity for all Taiwanese suppliers.

"At this moment, no one can really tell when the trade war between the U.S. and China will end... What everyone [suppliers] can do is to seize the opportunity to help U.S. [companies] rebuild supply chains in the country," Chairman Terry Gou said on Monday.

Foxconn is the world's largest contract manufacturer and one of China's top exporters. 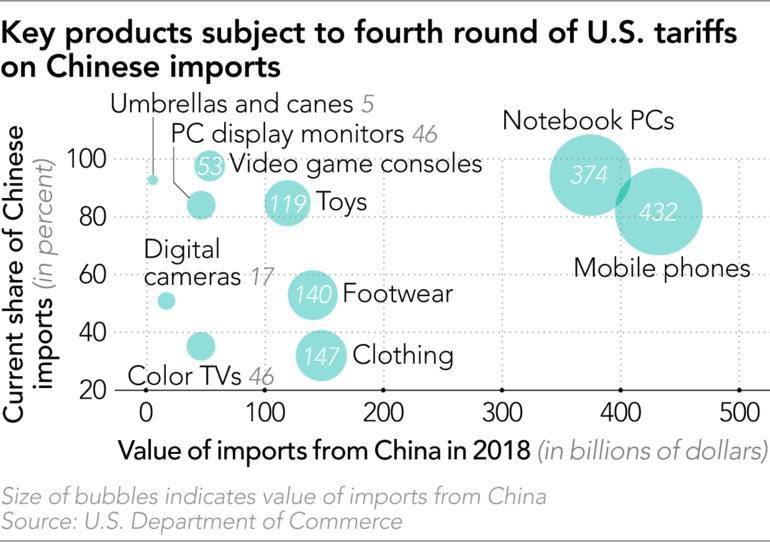 Many economists are forecasting a hit to global growth, especially for export-reliant economies such as South Korea and Taiwan. These bases were key to the supply chain for consumer electronics such as iPhones, MacBooks, Apple Watches, Fitbits as well as laptops made by HP, Dell, Acer and Microsoft, all of which would be at risk of significant price increases.

South Korea, home to some of the biggest semiconductor and display companies such as Samsung Electronics, LG Electronics, and SK Hynix, could take a near $2 billion hit to exports if a 25% tariff is applied to all Chinese imports into the U.S., according the Institute for International Trade, a research unit of Korea International Trade Association.

The think tank said that the negative impact on South Korea's economy would be bigger, considering indirect influences such as an expected delay of corporate investment, and anxiety in financial markets.

The country's flagship chip industry has been suffering a major slowdown since the end of 2018, with weakening global demand weighing on the world's electronics market. New tariffs could delay recovery, analysts fear.

Doris Hsu, chairperson and CEO of GlobalWafers, the world's No. 3 silicon wafer material maker supplying market leaders Samsung, Intel and Taiwan Semiconductor Manufacturing Co., said most clients had expected demand to rebound in the second half of this year. But now uncertainties have returned and visibility is very low, Hsu said.

Taiwan -- home to suppliers of virtually all the world's big tech brands -- could see already sluggish GDP growth of around 2.1% in 2019 cut by 0.5% to 0.8%, said Roy Chun Lee, deputy director of the Taiwan World Trade Organization and Regional Trade Agreements Center of the Chung-Hua Institution for Economic Research.

"The impact on China would be even larger," Lee said. "An all-out trade battle could wipe off of more than 1% of GDP."

Mats Harborn, president of European Union Chamber of Commerce in China, said on Friday a quarter of members had been affected by these "ridiculous tariffs... Pushing rates to 25% will prove extremely damaging to those companies, and the collateral damage will ripple around the globe." European companies were "aghast as the U.S. and China played Russian roulette with the world economy."

Tensions have already pushed tech suppliers to diversify production out of China, one of President Donald Trump's goals in the ongoing trade negotiations.

Compal Electronics -- which makes a range of electronics, from notebooks and iPads to voice-activated smart speakers to TVs -- has said it will reopen its factory in northern Vietnam as soon as Washington imposes additional tariffs on the remaining $325 billion worth Chinese imports. Key iPhone assembler Pegatron invested in Indonesia's Batam island for non-iPhone products in December and is about to rent manufacturing facilities in Vietnam.

Lee of the Taiwan trade organization said that regardless of whether there is a trade agreement, diversification will continue as competition between the world's two biggest economies will be a long-term issue.

"Enforcement of [any] deal could be very difficult," Lee said. "The issues between U.S. and China are so complicated, and tensions could escalate at any time."