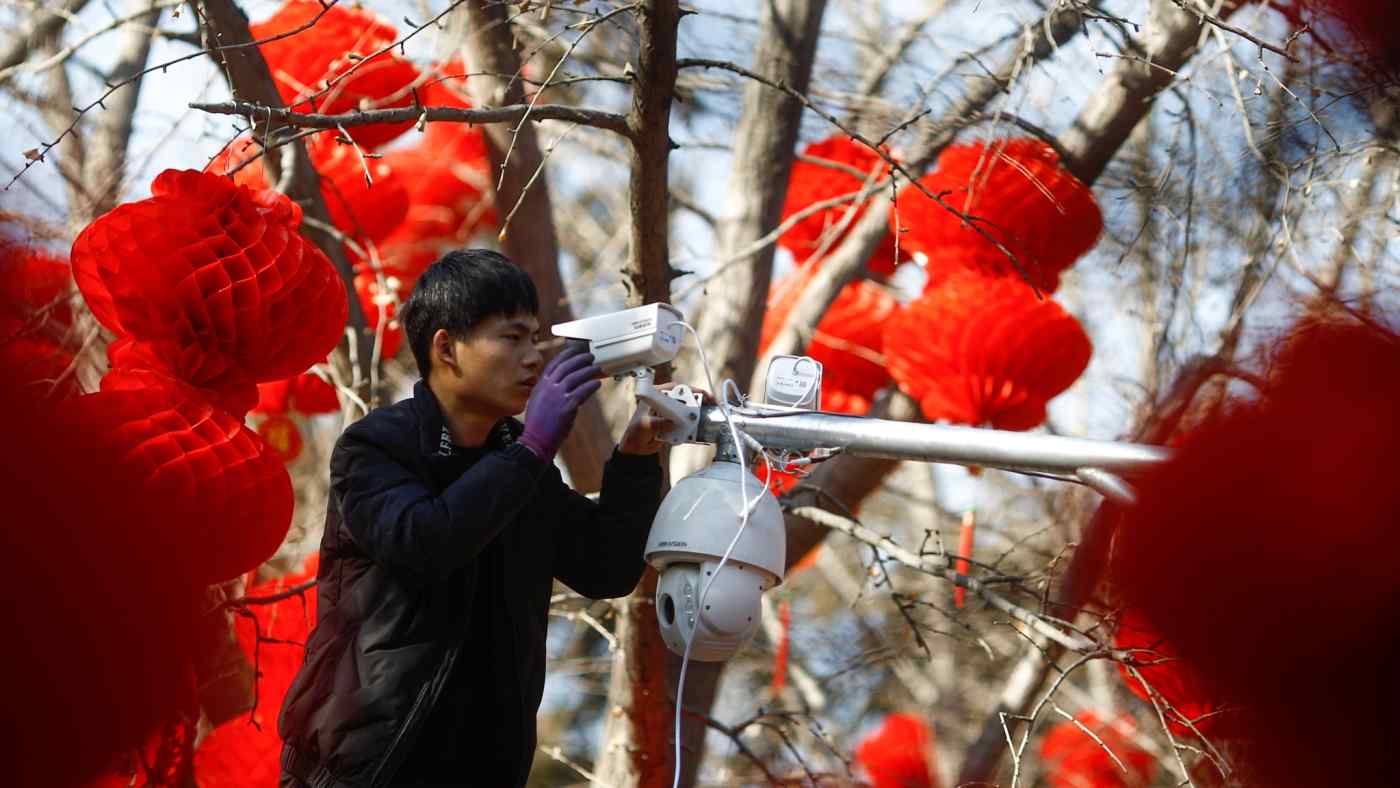 TOKYO -- The U.S. pressure campaign against Chinese makers of surveillance cameras has slashed sales growth for global leaders Hikvision and Dahua outside their home market.

Hikvision and Dahua have built a wealth of expertise in facial recognition technology and big data analysis, benefiting greatly from China keeping watch over its citizens.

The pair used this expertise to develop footprints in the West, as those countries combat terrorism. Mass production capabilities gave them a competitive edge on price.

The two Chinese producers were well placed to capture rapidly rising global demand. The international market expanded 30% in 2018 to 57 million units, according to Yano Research Institute, a Tokyo-based data provider.

But a U.S. defense authorization bill enacted in August 2018 bars government agencies from procuring equipment from five Chinese companies. They include Hikvision, which is linked to a state-owned enterprise.

For Dahua, or Zhejiang Dahua Technology, such growth sank from 35% all the way down to 8%.

Both companies derive around 30% of their revenue from outside China, and the U.S. is the main culprit for their slowing growth in foreign sales.

Washington has criticized Beijing for using surveillance cameras to suppress the Muslim Uighur minority in China's northwestern Xinjiang region. The outcry over the Uighur issue has come from Europe as well.

The U.S. Commerce Department consequently also added Hikvision, Dahua and 26 other Chinese organizations to its Entity List. This blacklist essentially bans the enterprises from dealing with American companies and limits procurement of software, chips and other U.S.-derived components and technology.

Hikvision says the company strictly adheres to the national security requirements in the countries of its clients.

Japanese and South Korean rivals stand to benefit in the U.S.

The fortunes of Chinese-made security cameras reflect the growing split in economic activities between the West and regions under China's sphere of influence. Many components can be found within Chinese borders, so the effect of American sanctions will be limited. At the same time, the U.S. can easily look elsewhere for surveillance cameras.

China accounts for three-fourths of the global surveillance camera market, and Chinese demand jumped 33% in 2018. Hikvision and Dahua command overwhelming shares domestically, and growth is anticipated at home even if both companies are driven from the U.S.

Hikvision President Hu Yangzhong said in October that the company began preparing for U.S. sanctions last year, and that the business will suffer no impact. Procurement of semiconductors and other parts have become less dependent on U.S. suppliers, Hu said.

Additional reporting by Satoshi Morotomi in Tokyo, Naoki Matsuda in Shanghai and Takashi Kawakami in Guangzhou.