Undervalued yuan would be treated as a subsidy 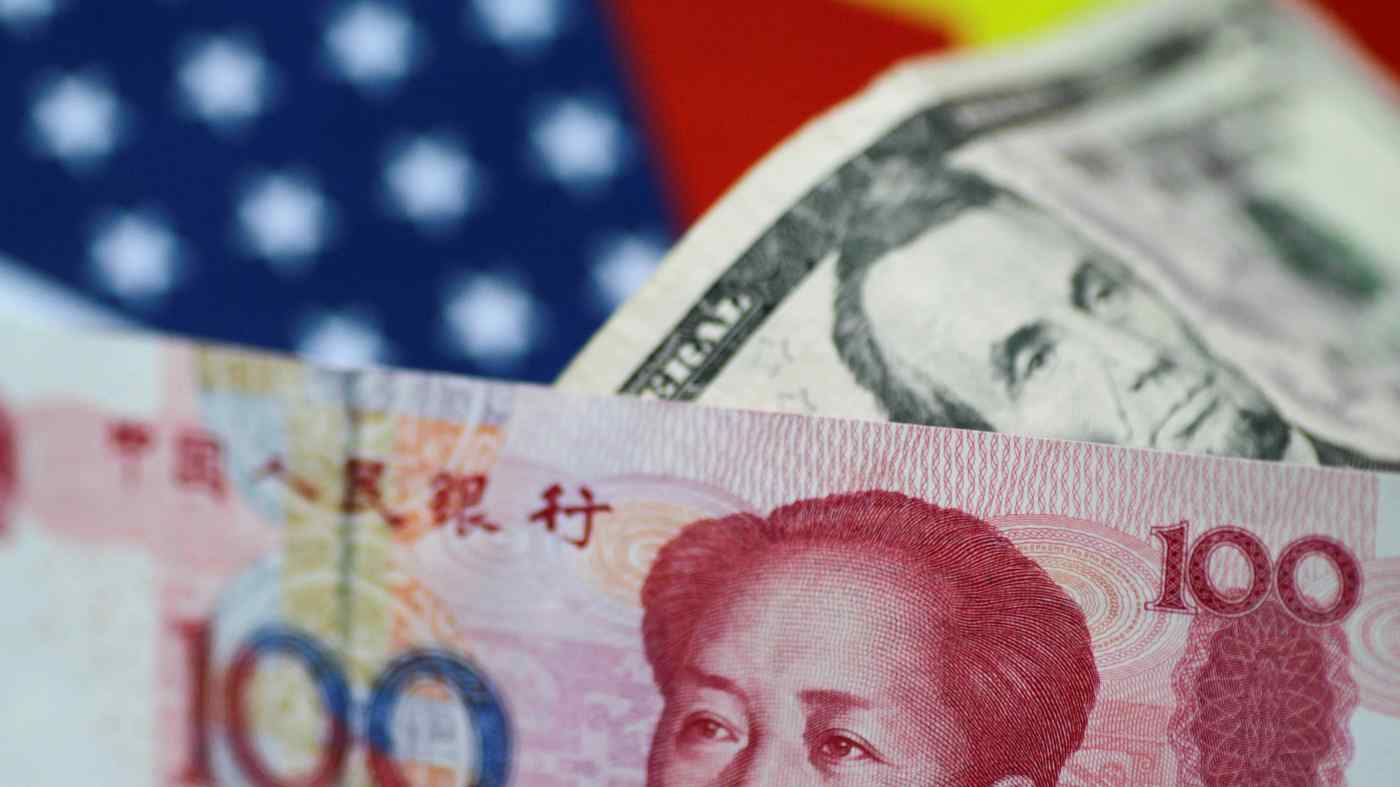 WASHINGTON -- The U.S. has begun to consider new tariffs that will be imposed on imports from nations that devalue their currencies, a move that is seen as aimed at China but could also ensnare other countries like Japan.

The Commerce Department said Thursday that it was looking into allowing anti-subsidy tariffs for imports from countries that undervalue their currencies against the dollar.

The yuan has softened against the greenback over stalled trade talks with the U.S. and concern about a slowing domestic economy, nearing the psychologically significant mark of 7 yuan to the dollar. There is speculation that Beijing is permitting the yuan to weaken to offset the impact of higher U.S. tariffs.

The U.S. has already imposed anti-dumping and countervailing tariffs on 481 goods at the request of domestic companies, many of which are Chinese products like steel. Levies on these products will rise should Washington determine that China is undervaluing the yuan under the proposed system. Countervailing duties are already more than 200% for some products, and even higher rates would eliminate them from the American market.

The Commerce Department can also impose tariffs on a wide range of goods from trading partners it designates as currency manipulators. U.S. President Donald Trump said during the 2016 election campaign that he would label China a currency manipulator and impose a 45% import tax on its goods. The designation criteria are strict, however, and the U.S. has avoided its use on China since 1994.

The proposed system, on the other hand, would place anti-subsidy duties on individual goods and would be simple to impose.

The department has also delayed its semiannual currency report, which it typically submits to Congress in mid-April, by more than a month. Washington and Beijing discussed China's currency policies at trade talks in December, but negotiations reached an impasse in May. It is said the White House could also alter its criteria for labeling currency manipulators to pressure China, a potential move that is unnerving the market.

Altering the countervailing duty-system would also put some pressure on other countries besides China, such as Japan. The proposal only targets currency devaluations from government action and would not take issue with the Bank of Japan's ultra-loose monetary policy. Japan last intervened to weaken the yen in 2011 but has historically suffered from a strong yen due to speculation. It has tried to suppress market tumult with verbal interventions, but the U.S. may set its sights on such indirect methods as well.

Trump will meet with Japanese Prime Minister Shinzo Abe on Monday. The U.S. is demanding a quick trade deal on goods with Japan and, in particular, requested a solution to the national security threat it says is posed by Japanese car imports.

Japan has asked for the separation of trade negotiations and currency policy, but the American auto industry is wary of Japanese imports and has sought countermeasures from U.S. authorities.