US tells NATO allies to 'wake up' to Huawei 5G threat 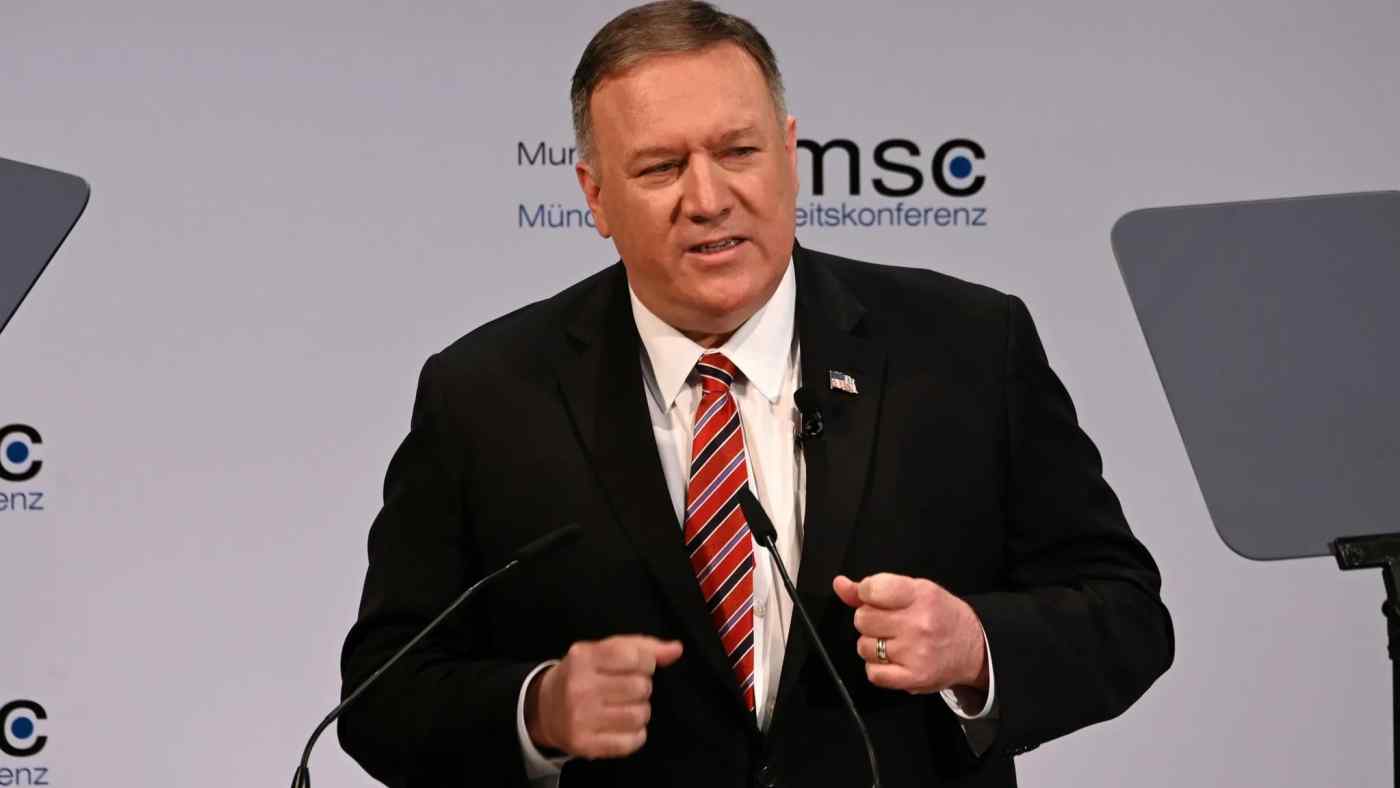 Mike Pompeo, U.S. secretary of state, urged an end to European talk of political clashes with Washington, insisting "the West is winning" in a world of great-power competition.

The twin broadsides highlight how the gathering of top politicians, military officers and spies in Munich set up more than 50 years ago to consolidate the Cold War-era transatlantic alliance has become a place to vent its modern-day tension.

Esper urged international partners to "wake up" to the "nefarious strategy" being pursued by Beijing to undermine the "international rules-based order," including its drive to control the potentially revolutionary 5G technology.

"If we don't understand the threat and we don't do something about it, at the end of the day it could compromise what is the most successful military alliance in history -- NATO," he said.

Esper's latest warning on the impact of 5G on NATO opens up a new front in the war of words between Washington and Europe on the dangers posed by Chinese involvement in infrastructure, from telecoms to transport and energy.

The U.S. -- which has sent a bipartisan delegation of over 40 congressional members to the security conference this year -- is emphasizing that it will keep up the pressure, despite European leaders taking a more nuanced view of the balance between security threat and economic gain.

The U.K. defied White House advice by allowing Huawei into its 5G networks last month, but the message in Munich is that the failure to take the perceived risks seriously will have consequences.

London has also risked raising tension with Washington by holding talks with China about a role in building the HS2 high-speed railway.

When asked about the U.K.'s exploration of a new infrastructure contract with the Chinese, Esper said he would want to look further at the plan -- and specifically whether there would be a possible crossover between civilian and military technology.

"I would scrutinize these things so for sure," Esper said.

British officials note that Washington has dialed down its threats on the Huawei decision affecting intelligence-sharing with London, but fear this disagreement could have an impact on a post-Brexit U.S. trade deal.

"All these accusations against China are lies, not based on facts," Wang said. "But if we replace the subject of the lie from China to America, maybe those lies become facts."

The Chinese foreign minister suggested that U.S. attempts to block Chinese equipment and infrastructure being used within Europe were a means of preventing China's "redevelopment and rejuvenation."

"We hope the U.S. superpower in the world will not give up its confidence or its sense of reason," he said.

Esper's remarks came less than 24 hours after Nancy Pelosi, Democrat speaker of the U.S. House of Representatives, warned European countries they will "choose autocracy over democracy" if they let China's Huawei take part in rolling out 5G technology.

Pompeo batted away European fears over the transatlantic relationship and said there was more to unite the two sides than to divide them, given their shared interests in combating China's attempts to establish an "empire."

He played down differences in areas such as President Donald Trump's 2018 decision to pull out of the Iran nuclear deal as "tactical," although European diplomats list fundamental disagreements in areas such as climate and trade.

"I'm happy to report that the death of the transatlantic alliance is grossly exaggerated," Pompeo said, pointing to U.S. efforts on boosting its military presence and cyber security in Europe. "The west is winning, and we're winning together."

"Don't be fooled by those who say otherwise," he said, adding that history showed the "weak and the meek" never won.

But speaking after Pompeo, Emmanuel Macron, France's president, warned of a "weakening" of the west, echoing wider European worries.

Many European officials see an increasingly unilateral U.S. as not just a Trump-era phenomenon, but part of a geopolitical structural change driven by forces including the rise of China, Russian' military resurgence and the assertiveness of regional powers in the Middle East and elsewhere.