US to hold off on imposing tariffs on China, Mnuchin says 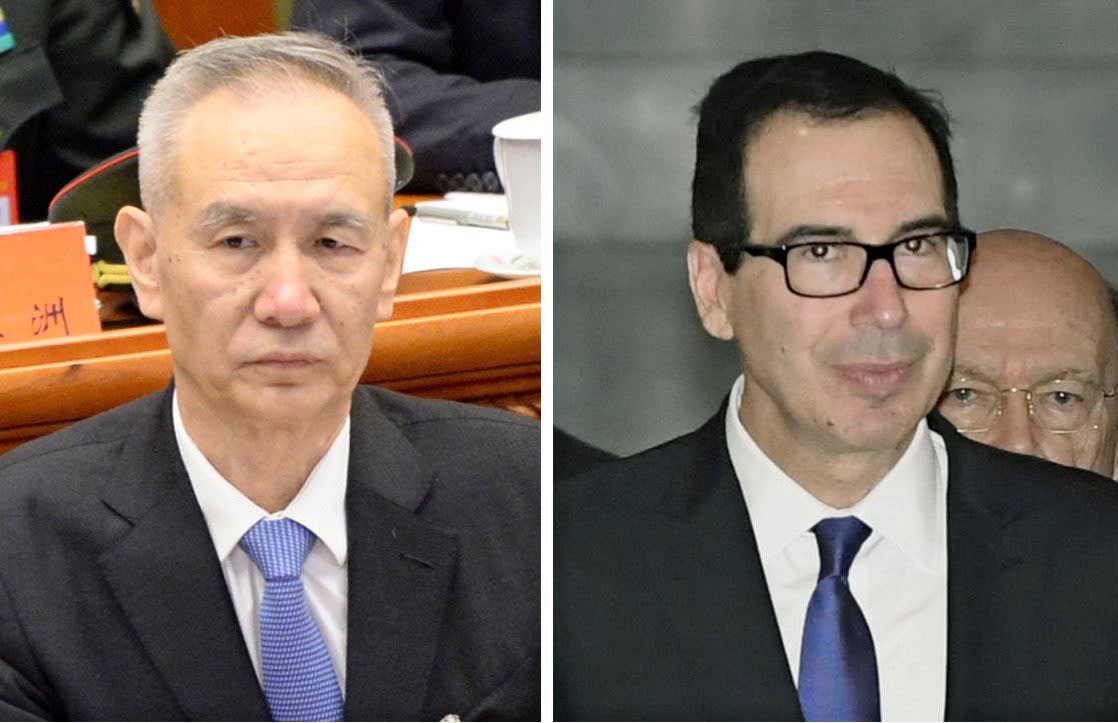 "We are putting the trade war on hold. Right now, we have agreed to put the tariffs on hold while we try to execute the framework," Mnuchin said in a television interview on "Fox News Sunday."

"Getting China to open its market to extra U.S. exports is critical," Lighthizer said in a statement reported by Western media. "However, the way more essential points revolve round pressured expertise transfers, cybertheft and the safety of our innovation."

President Donald Trump has threatened to hit $50 billion in Chinese electronics, aerospace and machinery products with a 25% import tariff, citing the nation's infringement on intellectual property rights. He called for tariffs on another $100 billion in Chinese imports after Beijing threatened to retaliate. The U.S. side wants to see its $375 billion trade deficit with China reduced by $200 billion.

The two sides issued a joint statement on Saturday, a full day after the end of intense trade negotiations Friday. Both sides pledged to "substantially" reduce the trade imbalance, but fell short of announcing a target figure.

"To meet the growing consumption needs of the Chinese people and the need for high-quality economic development, China will significantly increase purchases of United States goods and services," the document said.

China would make big increases in its purchases of American agricultural products and energy over the next several years under the deal, Mnuchin said.

The U.S. will now send negotiators to China for another round of talks to hammer out specifics as the two sides race against time to avoid an all-out trade war.

In an editorial, the state-run China Daily said, "Despite all pressure, China didn't 'fold' as U.S. President Donald Trump observed. Instead, it stood firm and continually expressed its willingness to talk.

"That the U.S. finally shared this willingness means the two sides have successfully averted the head-on confrontation that at one point seemed inevitable."

Masayuki Yuda in Tokyo contributed to this article.