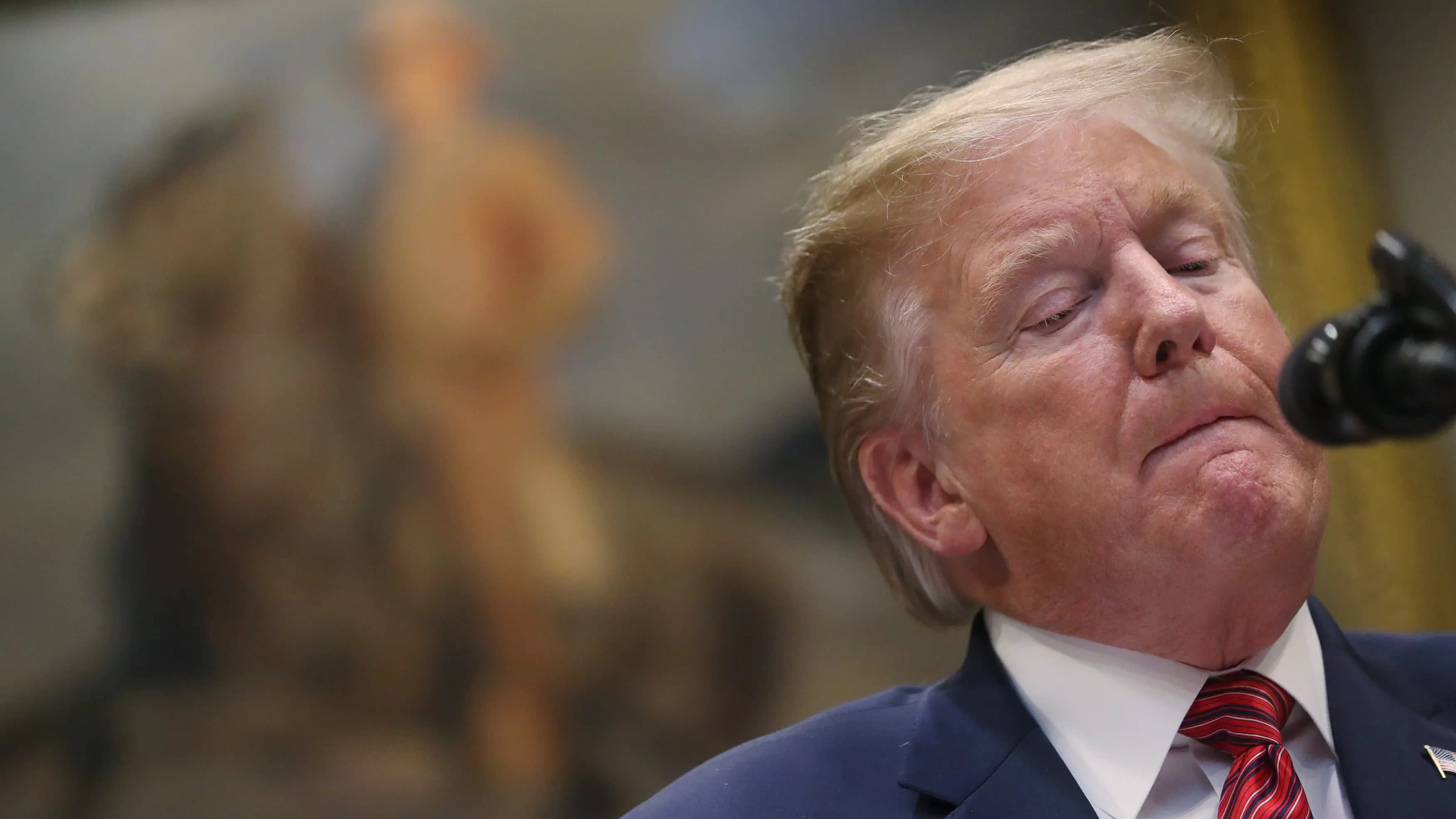 Trump has attempted to reduce the trade gap with additional tariffs on several countries, especially China, but a brisk U.S. economy -- partially fueled by his own tax breaks -- has offset any effects.

The trade imbalance with China, which accounts for almost half the total, expanded 11.6% to $419.2 billion for a second straight record year. America's trade deficit with Mexico and the European Union also expanded.

Total U.S. exports increased by 7.6% but were outpaced by 8.6% growth in imports.

Trump's tax breaks at the end of 2017 were accompanied by greater government spending and stimulated personal consumption, which drove up imports. 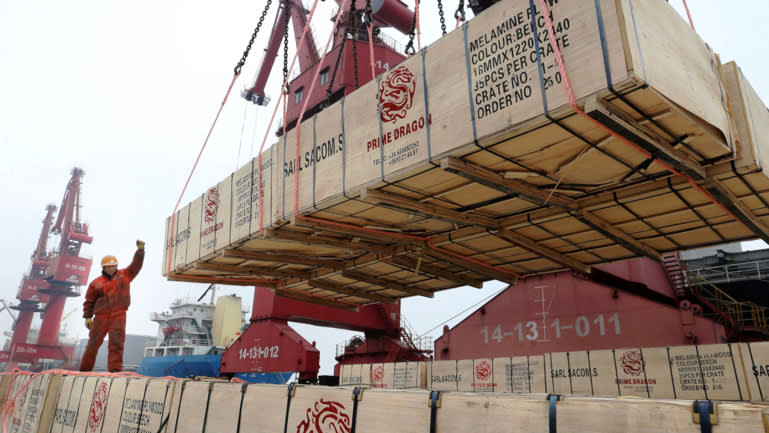 A worker gestures as a crane lifts goods for export onto a cargo vessel at a port in Lianyungang, Jiangsu province, China.   © Reuters

A broad range of items saw increases in imports -- from capital goods such as machine tools to consumer products like furnishings and food. The dollar also strengthened as the Federal Reserve raised rates, contributing to the deficit's rise.

America's international trade deficit, which includes trade in services in addition to manufactured goods, also rose 12.5% to $621 billion, its highest level since 2008. The goods figure for December alone was a seasonally adjusted $80.4 billion, a 12.6% increase from November and a record for a single month.

"You saw trade deficits went down last month and everyone's trying to figure out why. Well, we're taking a lot of tariff money," Trump said late last month. But the opposite has come true, with the trade gap in goods swelling by about $140 billion during his two years in office.

Trump executed several hard-line policies on trade last year. The self-proclaimed "tariff man" slapped additional aluminum and steel levies on the European Union and several other countries in March, and on $250 billion worth of Chinese goods between July and September.

The trade war has also weakened U.S. exports as trading partners place retaliatory tariffs on American agricultural products and autos. Exports to China slowed in the second half as U.S. soybean shipments plunged by double digits.

The trade war also wound up increasing U.S. imports from China due to last-minute demand for items scheduled to face additional tariffs on Jan. 1. Those duties were ultimately shelved after Trump and Chinese President Xi met on Dec. 1.

The widening trade deficit is “certainly a problem for Trump and the optics of a trade deal and trade negotiations with China,” said Isaac Stone Fish, senior fellow at Asia Society’s Center on U.S.-China Relations.

“He made a huge campaign pledge to shrink the trade deficit,” Stone Fish said, adding that it is “one of the few Trump policies that he’s been remarkably consistent about.”

An imbalance in trade cannot be broadly categorized as beneficial or harmful because it carries both pros and cons. A deficit, for example, can be useful for relieving inflation pressures when a humming economy tightens the job market.

But for Trump, the calculus is simple: surpluses are victories and deficits are defeats. The president has fixated on reducing the trade gap as a way to create more U.S. jobs. He also said that is a goal of upcoming trade negotiations with Japan and the European Union.

Unemployment in the U.S. is at its lowest level in roughly half a century as its economy remains strong. Should the economy or employment take a turn for the worse, however, there will be backlash from supporters of wider trade deficits who have remained relatively silent.

There is also concern that Trump will ramp up hard-line trade policies as he doubles down his attacks on the trade deficit.

“If the conversation remains focused -- or becomes too focused -- on trade deficit, the U.S. is going to lose a really good opportunity to actually deal with the fundamental issues,” Asia Society's Stone Fish warned.