US and Chinese companies weigh Southeast Asia as new supply base 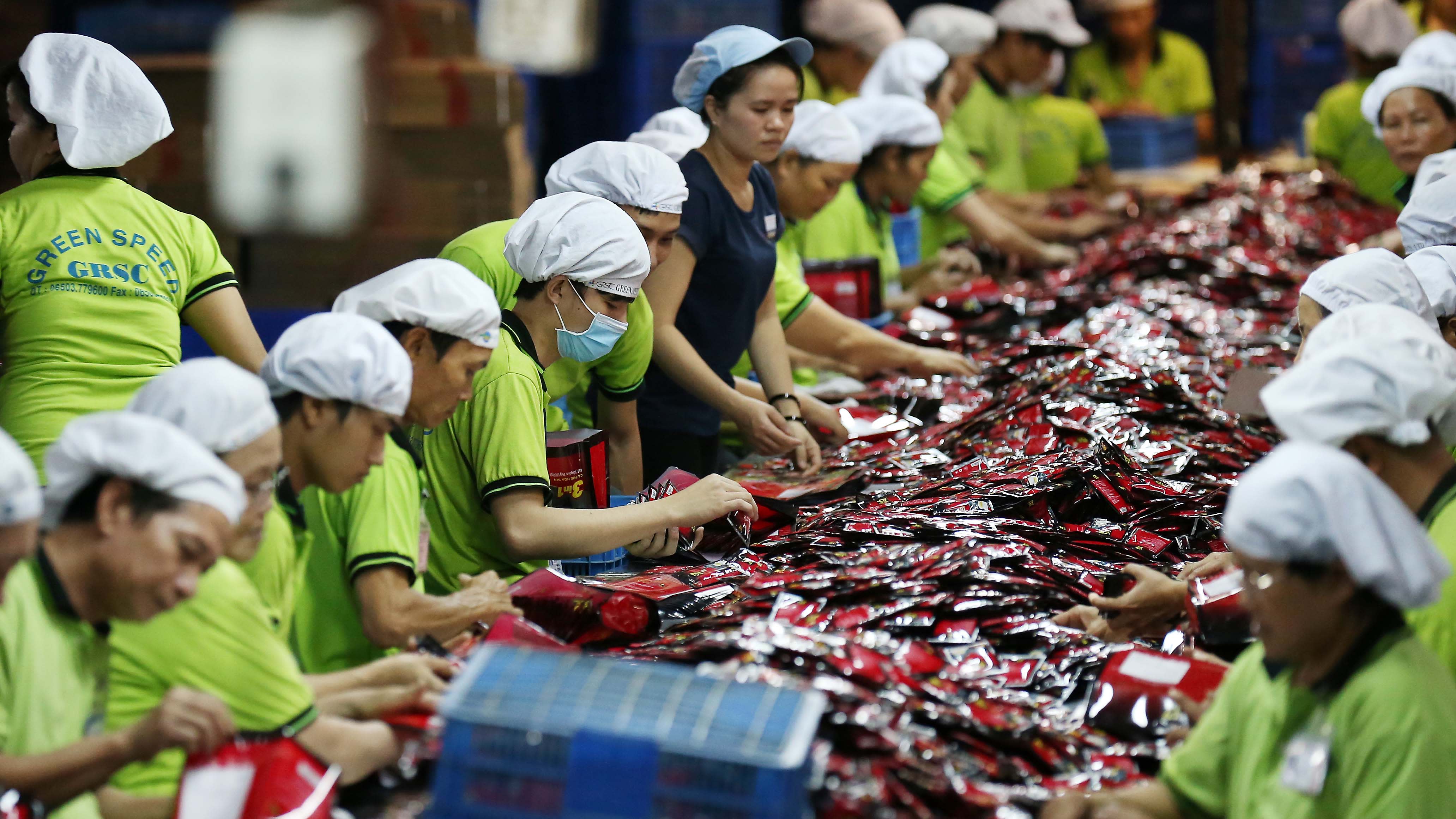 Both American and Chinese companies say that the trade war is causing them to lose market share to Vietnamese competitors. (Photo by Ken Kobayashi)

HONG KONG -- Vietnamese companies are emerging as key winners of the trade war between the U.S. and China, according to a new survey of companies from the two nations.

Both American and Chinese companies participating in the survey, published on Monday by the Guangzhou-based American Chamber of Commerce in South China, said that as a result of the trade conflict, they have been losing market share, especially to companies from Vietnam.

Chinese companies reported also losing sales equally to companies from India, the U.S. and South Korea. For American companies by contrast, Germany and Japan were the next keenest rivals.

A majority of both U.S. and Chinese respondents to the AmCham survey reported already feeling a negative impact from the tariffs, though the share of American companies agreeing with this was significantly higher than among their Chinese counterparts. The respondents identified a reduction in profits as the top effect of the trade conflict, though only 20% of the 219 participating companies said the sales impact was more than $10 million.

Nevertheless, with the potential for more tariffs looming, most survey participants, which was conducted Sept. 21 to Oct. 10, said that they are looking at shifting production, assembly or sourcing of supplies to third countries, with Southeast Asia as the leading choice.

Some companies are already putting such plans into motion. Panasonic, for example, is moving production of car electronics from China to Thailand, Malaysia and Mexico. China's GoerTek, which assembles wireless earphones for Apple, has notified suppliers that it intends to relocate some of its production to Vietnam. Chinese polyester producer Zhejiang Hailide New Material is investing $155 million in a factory in Vietnam with an eye toward U.S. exports.

Close to half of the companies in the AmCham survey reported feeling a trade impact beyond tariffs from the U.S.-China confrontation. For example, 44% said that customs clearance for their shipments had slowed while 38% said that inspections had increased and that approval for licenses was taking longer.

The survey largely echoed the findings of a similar one conducted a few weeks earlier involving about 430 members of the American chambers of commerce in Beijing and Shanghai. The biggest difference was that nearly two-thirds of respondents to the earlier survey said they had no plans to shift manufacturing out of China despite the new tariffs.

Trump and Chinese President Xi Jinping are expected to meet next month on the sidelines of the Group of 20 summit in Argentina, but few expect a breakthrough soon on the trade conflict.

In the AmCham South China survey, more than half of the participants said they expected the impact of the trade war to last for at least another year. Of the U.S. participants, 54% said that Trump's tariffs will not have any benefit for their company or result in an improved business environment. Among Chinese companies, the most common view of the tariffs is that they will "speed up China's economic transformation and upgrading."

The Asian Development Bank recently trimmed its 2019 growth forecast for emerging Asia to 5.8% from 5.9% due to the trade conflicts while noting that the impact does not hurt all countries evenly "as trade is redirected within global supply chains to economies producing similar goods, benefiting in particular Southeast Asia."