GDP grew 6.79% in first quarter as exports to US surged 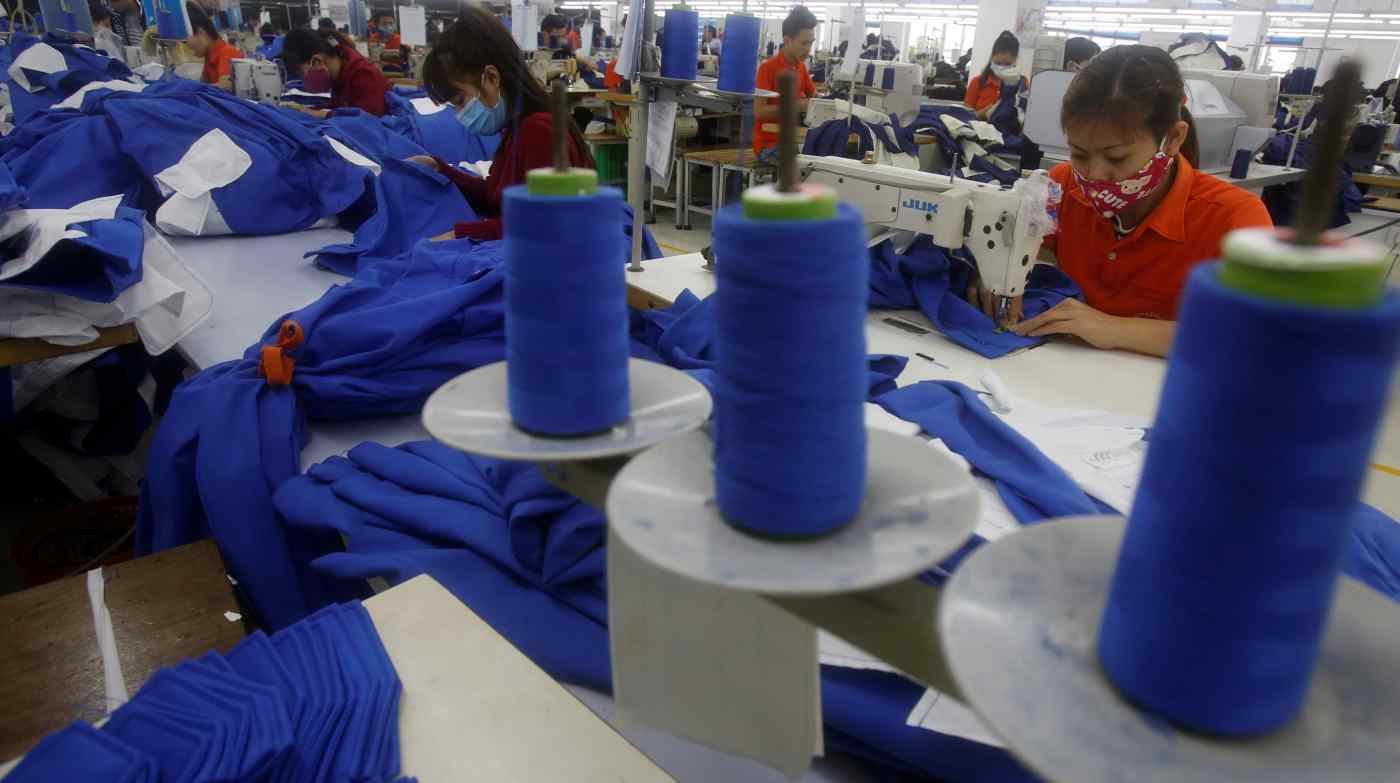 HANOI -- The U.S. trade war with Beijing continues to boost the Vietnamese economy as companies dodge tariffs by relocating production here from mainland China, fueling a sharp increase in exports to America.

Vietnam's real gross domestic product climbed 6.79% on the year during the first three months of 2019, the government said Friday. The country enjoyed its second strongest first-quarter growth in the past decade, surpassed only by the 7.45% rate in 2018.

Though January-March growth slowed from the 7.31% rate in the previous quarter through December, that period capped a full year when the economy grew by 7.08%, the largest annual expansion since the global economic crisis hit in 2008.

Exports to the U.S., the country's largest trading partner, jumped 26% on the year in the first quarter. Apparel performed particularly well as textile companies move operating sites to Vietnam from China, echoing a trend in other industries. Exports to China dropped by 7% amid the northern neighbor's economic slowdown.

"Even if the global economy slows down, relocation from China will continue, and we can expect an offsetting effect to a certain extent," said Hiromasa Matsuura, an economist at the institute.

But Vietnam's overall exports rose just 4.7% during the first quarter, an outcome that owes almost entirely to Samsung Electronics. Foreign-owned enterprises are responsible for two-thirds of Vietnamese exports, and the South Korean technology group accounts for 40% within that category.

Samsung runs two smartphone factories in northern Vietnam. But the company reported a 30% drop in operating profit for the October-December quarter, and has issued a surprise warning about earnings for the first quarter of 2019. Samsung's financial woes have hurt Vietnam's GDP, and exports of cellphones and electronic components dipped 4.3% from a year earlier.

Underpinning the economy is consumer spending, which accounts for nearly 70% of the GDP. Final consumption expenditures, which include private consumption, gained by 7% in the first quarter.

Vietnam boasts the third-largest population in the 10-member Association of Southeast Asian Nations, along with an expansion of its upper- and middle-income earners. Vingroup, the nation's largest conglomerate, is opening convenience stores at a rate of 1,000 outlets yearly. That growth, along with the addition of new supermarkets, is helping boost private consumption.

The manufacturing industry grew 12.3%, thanks largely to the sector diversifying beyond Samsung. Vingroup put the nation's first electric motorcycles on the market in November, and the group will enter the automaking business in June. Vietnam's second-ever oil refinery, the Nghi Son Refinery, began commercial operations in December.