American officials cite cybersecurity risks to Germany, Japan and others 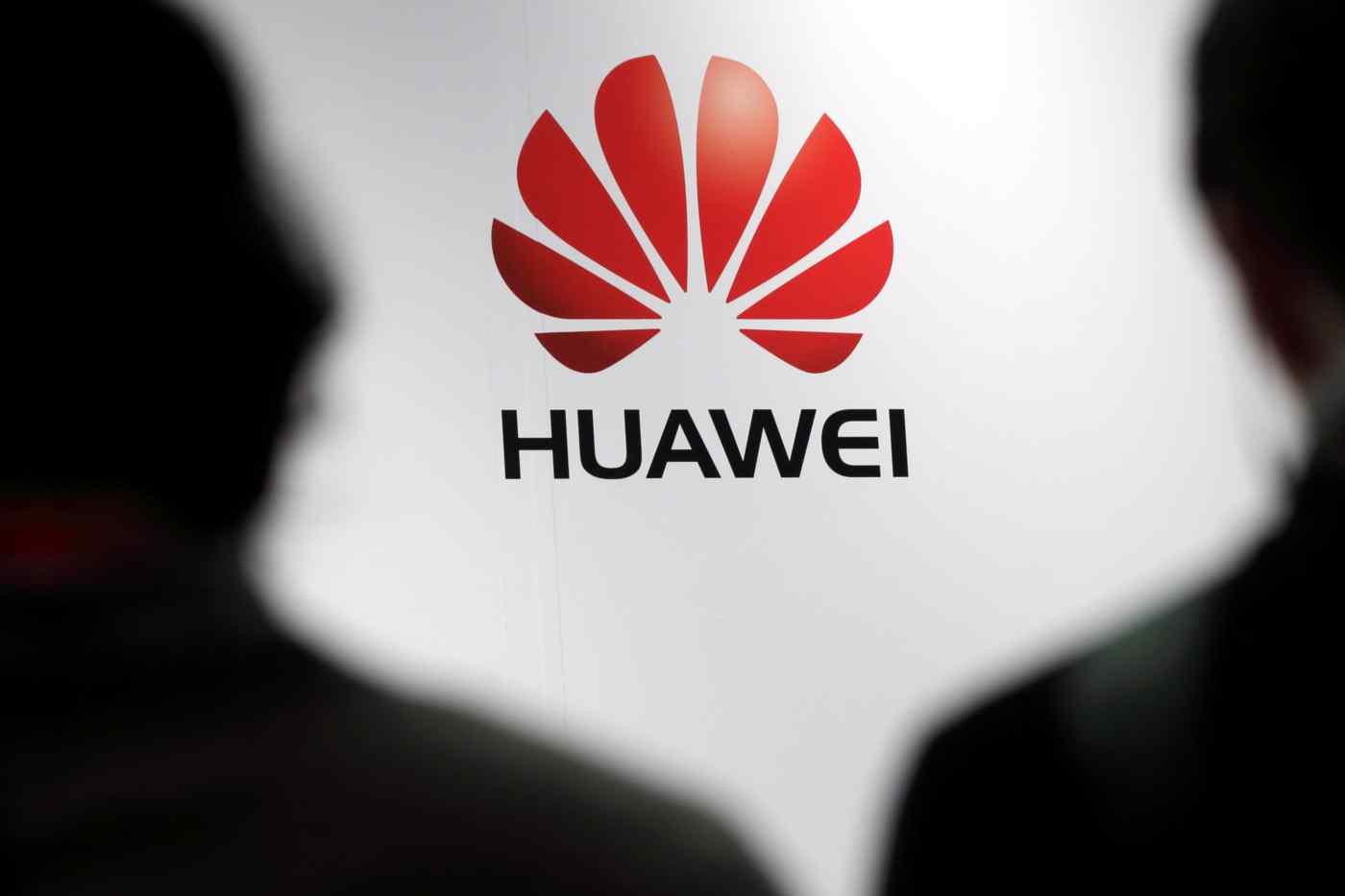 Huawei has been all but shut out of the telecom equipment market in the U.S. after a 2012 congressional report.   © Reuters
November 23, 2018 07:34 JST | North America
CopyCopied

WASHINGTON/LONDON (Dow Jones) -- The U.S. government has initiated an extraordinary outreach campaign to foreign allies, trying to persuade wireless and internet providers in these countries to avoid telecommunications equipment from China's Huawei Technologies Co., according to people familiar with the situation.

American officials have briefed their government counterparts and telecom executives in friendly countries where Huawei equipment is already in wide use, including Germany, Italy and Japan, about what they see as cybersecurity risks, these people said. The U.S. is also considering increasing financial aid for telecommunications development in countries that shun Chinese-made equipment, some of these people say.

One U.S. concern centers on the use of Chinese telecom equipment in countries that host American military bases, according to people familiar with the matter, such as Germany, Italy and Japan. The Defense Department has its own satellite-and-telecom network for especially sensitive communications, but most traffic at many military installations travels through commercial networks.

The international effort pushes out the battle lines of a U.S. campaign to keep Huawei electronics out of the U.S. Some officials see the initiative as part of a broader technological Cold War between U.S.-led allies and China for control of a world that is increasingly digitally connected -- and thus increasingly vulnerable to surveillance and malfeasance. They fear the rise of technological giants that could benefit authoritarian governments, including irritants or outright foes of the U.S.

The initiative also coincides with rising tensions between Washington and Beijing on other fronts this year as the Trump administration moves to counter what some U.S. officials say they see as years of unbridled Chinese aggression. Washington has placed tariffs on some imports from China, drawing retaliation from Beijing. The U.S. has also tightened up foreign-investment rules targeting Chinese deal making.

The overseas push comes as wireless and internet providers around the world prepare to buy new hardware for 5G, the coming generation of mobile technology. 5G promises superfast connections that enable self-driving cars and the "Internet of Things," in which factories and such everyday objects as heart monitors and sneakers are internet-connected.

U.S. officials say they worry about the prospect of Chinese telecom-equipment makers spying on or disabling connections to an exponentially growing universe of things, including components of manufacturing plants.

"We engage with countries around the world about our concerns regarding cyberthreats in telecommunications infrastructure," a U.S. official said. "As they're looking to move to 5G, we remind them of those concerns. There are additional complexities to 5G networks that make them more vulnerable to cyberattacks."

The briefings are aimed at dissuading governments and telecom executives from using Huawei components in both government and commercially operated networks. A core focus is Beijing's ability to force Chinese corporations to comply with requests from government authorities, a U.S. official said.

The talking points also emphasize how wireless and internet networks in a few years could be more susceptible to cyberattacks or espionage, people familiar with the briefings said. Today's cellular-tower equipment, for instance, is largely isolated from the "core" systems that handle much of a network's voice and data traffic. But in the 5G networks telecom carriers are preparing to install, cellular-tower hardware will take over some tasks from the core -- and that hardware could potentially be used to disrupt the core via cyberattacks. For that reason, U.S. officials worry that Huawei or ZTE cellular-tower equipment could compromise swaths of a telecom network.

Huawei is the world's No. 2 smartphone maker behind Samsung Electronics Co. It is the global leader for telecom equipment, such as the hardware that go into cellular towers, internet networks and other infrastructure that enables modern communication.

The company has been all but shut out of that market in the U.S. after a 2012 congressional report labeled it a national-security threat. American officials say the company could be compelled by Beijing to use its knowledge of its components to snoop on or disrupt telecommunications networks.

Huawei has long said it is an employee-owned company and isn't beholden to any government, and has never used its equipment to spy on or sabotage other countries. It said its equipment is as safe as that of Western competitors, such as Finland's Nokia Corp. and Sweden's Ericsson, because all manufacturers share common supply lines. Huawei representatives didn't provide comment on the U.S. government's overseas outreach.

The Trump administration and Congress this year initiated a multipronged push to tighten up restrictions on Huawei and other Chinese telecom-equipment manufacturers, including ZTE Corp. The Federal Communications Commission, for instance, moved to restrict federal subsidies to some carriers if they buy Chinese gear.

Even without U.S. business, Huawei dominates the world's telecom-equipment market. Last year, the company held a 22% share globally, according to research firm IHS Markit Ltd. Nokia had 13%, Ericsson had 11% and ZTE was in fourth at 10%.

Some other members of the "Five Eyes," a five-member intelligence pact among English-speaking countries that includes the U.S., have also publicly challenged Huawei. The Australian government in August banned Huawei and ZTE from its 5G networks. In October, U.K. authorities said they were reviewing the makeup of its telecom-equipment market, a move industry leaders said was clearly aimed at Huawei.

Still, there is a big hitch to U.S. efforts to curb Huawei overseas: The company is already popular among carriers in allied countries, including some of America's closest military partners. Some major carriers in these places say its wide offering of components allows them to build out a whole network with one supplier. They also cite lower costs and high quality.

"There is only one true 5G supplier right now, and that is Huawei," said Neil McRae, chief network architect for large British carrier BT Group PLC, at a Huawei event in London earlier this week. "The others need to catch up."

In an effort to narrow that advantage in some countries, Washington is considering ways to increase funding from various U.S. government sources to subsidize the purchase and use of non-Chinese equipment, according to people familiar with the matter. Countries buying Chinese telecommunications equipment would be ineligible for such subsidies.

In the past year, U.S. officials, including representatives from the National Security Council and Commerce, Defense and State departments, worked together to produce briefing notes about why they believe Chinese telecom equipment poses national-security risks, people familiar with the matter said. One U.S. government official said they focused on Huawei but also included ZTE, a Chinese rival with a much smaller business outside China.

A ZTE representative declined to comment on the U.S. effort.

Washington has circulated the notes to national-security officials as well as to embassies, with the idea that they can deliver the message to foreign officials and telecom executives, some of the people said.

A spokesman for the Commerce Department said it would "remain vigilant against any threat to U.S. national security." Spokesmen for the National Security Council and the State Department declined to comment. The Defense Department didn't return a request for comment.

U.S. officials have briefed counterparts in Germany, which has signaled a new wariness toward Huawei, according to people familiar with the matter. Huawei this month opened a lab in Germany similar to one it already operates in Britain, where Huawei products are inspected for security flaws. The U.K. government said in July it found shortcomings in the process.

American officials have also briefed Japanese officials about Huawei, people familiar with the matter said. A Japanese government official said "we share various information with the U.S.," but declined to comment on specifics. Japanese officials in August said they were studying restrictions on Huawei.

In Italy, U.S. officials met with executives of one of Italy's the country's major telecom carriers to explain the risk of using Huawei and ZTE equipment, according to a company board member. He said his carrier was aware of those risks but planned to keep using Huawei.

"We cannot ignore Huawei because they are a leading telecom equipment provider world-wide, and that's a very tough call," he said.