With Trump-Xi summit set, US and China to restart talks Wednesday 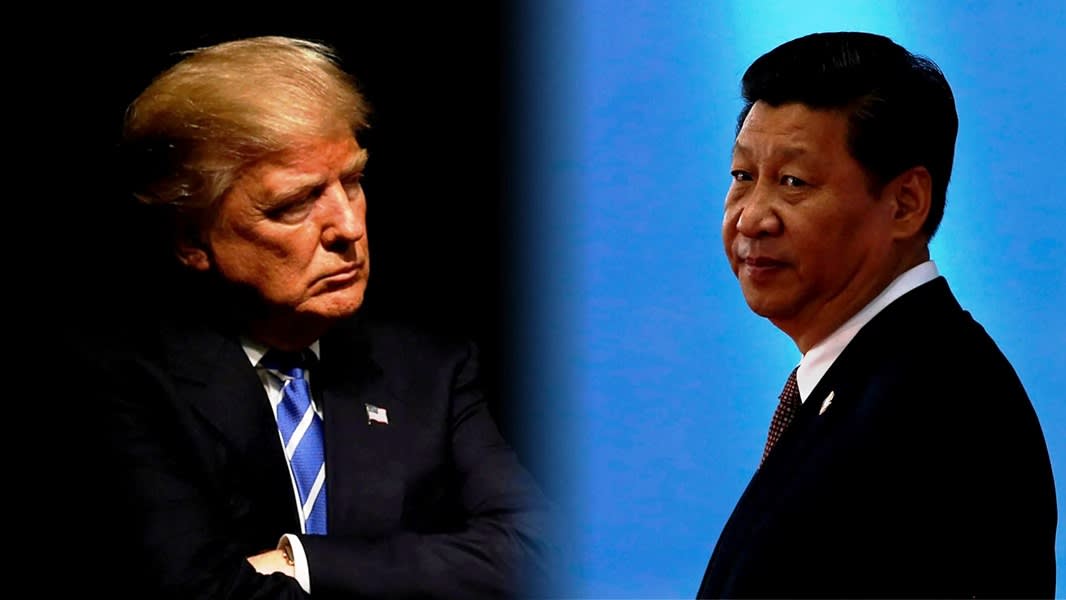 U.S. President Donald Trump, left, and Chinese President Xi Jinping both acknowledged the resumption of talks to address their trade conflict. The two will meet at next week's G-20 summit in Osaka.

NEW YORK -- U.S. President Donald Trump said Tuesday he will meet with Chinese counterpart Xi Jinping next week at the Group of 20 leaders summit in Osaka.

He also said that officials from both sides will begin talks from Wednesday. Rekindled hopes for a trade deal between the world's two largest economies sent the Dow Jones Industrial Average up over 400 points in Tuesday trading, before closing 353 points higher.

"Had a very good telephone conversation with President Xi of China," Trump wrote in a tweet. "We will be having an extended meeting next week at the G-20 in Japan. Our respective teams will begin talks prior to our meeting."

China's Xinhua News Agency later reported that the phone call was held at Trump's request and that Xi said he "stands ready to meet Trump in Osaka to exchange views on fundamental issues concerning the development of China-U.S. relations."

Xi said that the two sides should solve their trade problems "through talks on an equal footing," Xinhua reported. In an apparent reference to the U.S. ban on telecom equipment supplier Huawei Technologies, Xi added that China hopes the American side can treat Chinese companies "in a fair manner."

The Chinese side has long stressed the need for "equality" and "dignity" in talks between the two countries, signaling that it will not accede to Washington's every demand just to reach a trade deal, even as the Chinese economy suffers a toll from American tariffs.

Trump's brusque negotiating style -- walking out on North Korean leader Kim Jong Un earlier this year and threatening to impose tariffs on Mexico even in the presence of a trade deal with the country -- also leaves some in Beijing wary of the efficacy of talks with the U.S. president, experts have said. 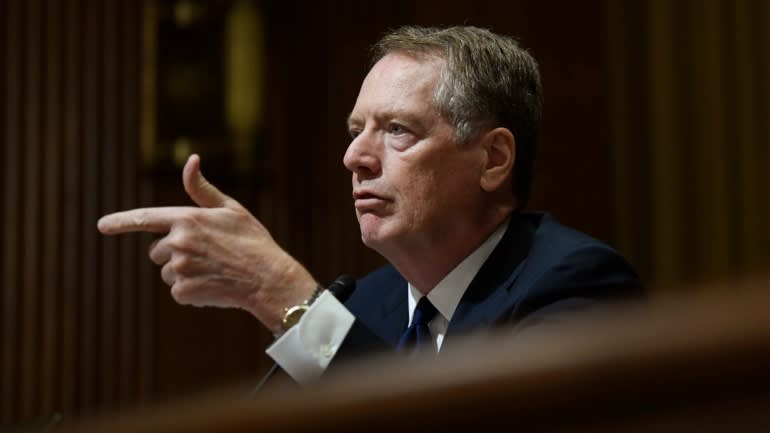 U.S. Trade Representative Robert Lighthizer said Tuesday that talking to China "won't work" to stop "cheating" and that tariffs, though an uncertain remedy, are the only resort available when dialogue has failed.   © AP

U.S. Trade Representative Robert Lighthizer said in a hearing Tuesday before the Senate Finance Committee that while it is unclear whether tariffs are effective in resolving outstanding issues in Sino-American trade, they are the only recourse available as dialogue has failed.

"I don't know if it will get them to stop cheating, tariffs alone," Lighthizer said. "I think you don't have any other option. I know one thing that won't work and that is talking to them."

Lighthizer said, however, that it is "up to the president" whether additional tariffs will be imposed on more Chinese imports.

Washington is looking for "an enforceable agreement," Kudlow said. "That's absolutely vital," he said, adding that no results are guaranteed.

Trump's announcement of his meeting with Xi came after a monthlong hiatus in formal trade negotiations between Washington and Beijing. Last month, Trump raised tariffs on $200 billion worth of Chinese imports to 25% from 10% after Beijing was accused of backtracking from commitments made in previous talks. China responded with retaliatory tariffs on $60 billion of American goods.

Trade tensions escalated further when the U.S. Department of Commerce added Huawei to its Entity List, effectively banning U.S. exports to the Chinese tech giant. Beijing followed suit with an announcement to establish its own list of "unreliable entities."

Trump also threatened to raise tariffs on the remaining $300 billion worth of Chinese goods immediately if Xi "skips" the summit. On Monday, the Office of the U.S. Trade Representative began a public hearing on the proposed new round of tariffs, which saw American companies -- including electronics retailer Best Buy, footwear maker New Balance and apparel seller Forever 21 -- voicing opposition.

Chinese Foreign Ministry spokesperson Lu Kang said at a Tuesday press conference in Beijing, ahead of Trump's announcement of his G-20 meeting with Xi, that talks between the two countries have to be based on "mutual respect, equality and mutual benefit" and that any practice against these principles "will lead nowhere."