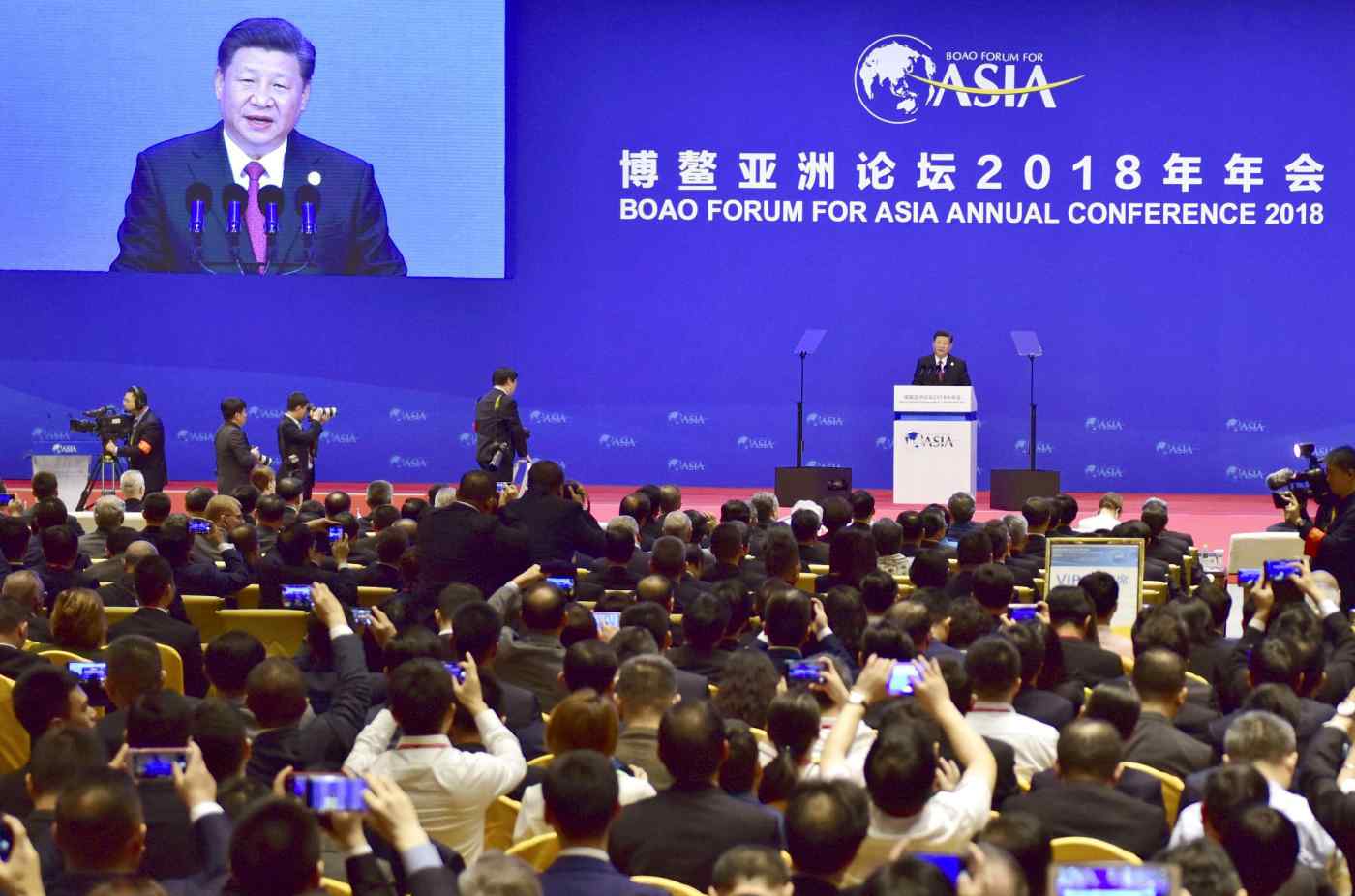 BOAO, China -- Chinese President Xi Jinping on Tuesday unveiled a broad set of measures to open up the country's economy, including lower import tariffs on cars and relaxed restrictions on foreign ownership in the automotive sector.

The president's highly anticipated speech to the Boao Forum, held in China's southern province of Hainan, was widely seen as an attempt to calm trade tensions with the U.S. This was Xi's first public address since the friction intensified last week, when both countries said they would slap tariffs on $50 billion worth of each other's imports.