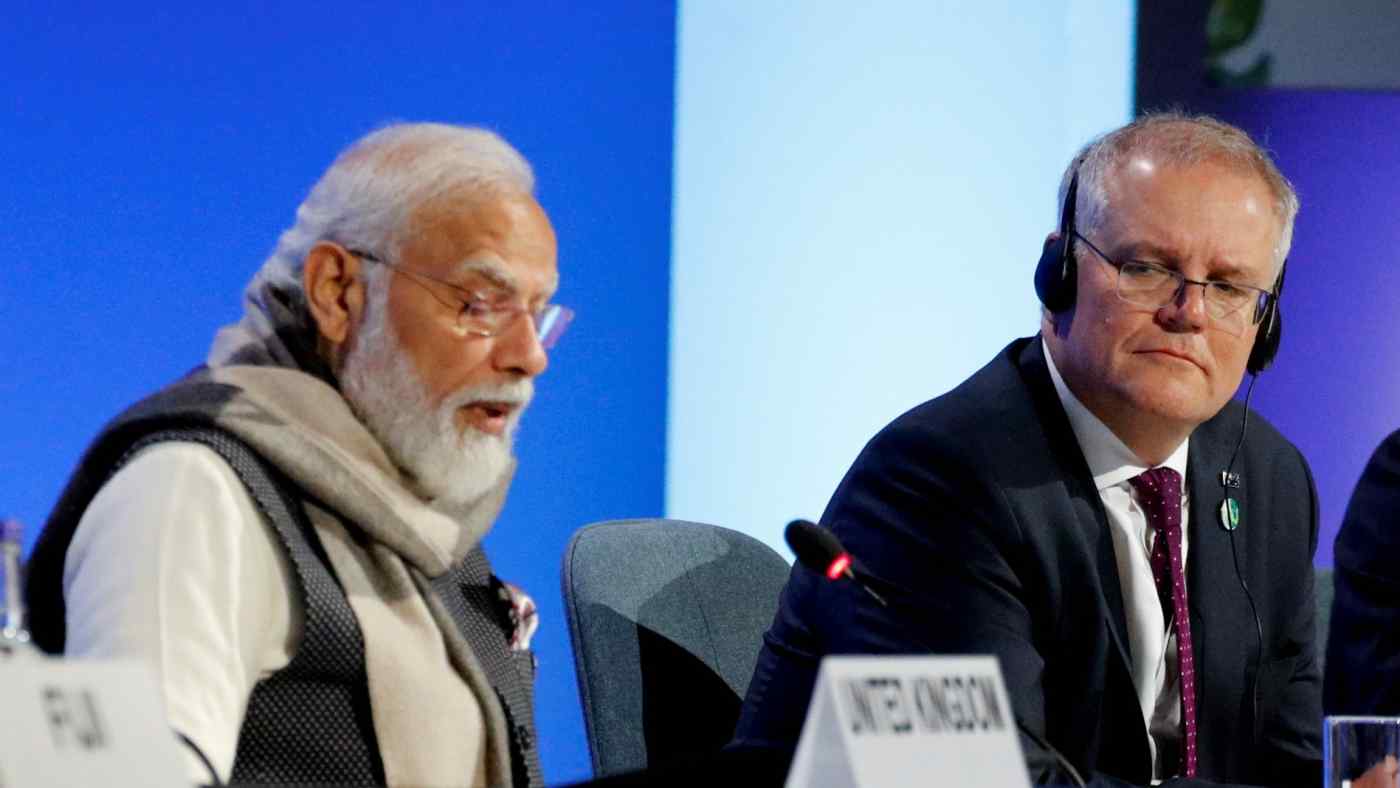 (Reuters) -- Australia formally signed a trade deal with India on Saturday as the nations signaled an intention to forge closer trade ties.

Morrison, who is expected to call a general election within days, has been eager to secure the trade deal before campaigning begins, having been in negotiations with India for a decade.

Speaking to reporters in Tasmania, Morrison said the agreement with the world's second most populous nation represented "one of the biggest economic doors there is to open in the world today."

The deal with India removes tariffs on more than 85% of Australian goods exports to India, worth A$12.6 billion, rising to almost 91% over 10 years.

It will see 96% of Indian goods imports enter Australia duty-free.

Both countries would continue to work toward a full free trade agreement, the federal government said on Friday.

After signing the deal, Minister of Commerce & Industry Goyal said India wanted to progress a full free trade agreement with Australia in an "accelerated manner".

"Soon after this current agreement comes into force, we'll get down to cracking the whip on the next stage to make this a comprehensive economic partnership," he said.

Trade Minister Tehan said he was confident negotiations would advance even if the Morrison government was replaced at the upcoming national election.

Scott Morrison lags in the polls leading up to the general election due in May.

"I have very strong hope," he said, "no matter who fills our chairs going forward, we'll be able to ... build on this groundbreaking agreement."