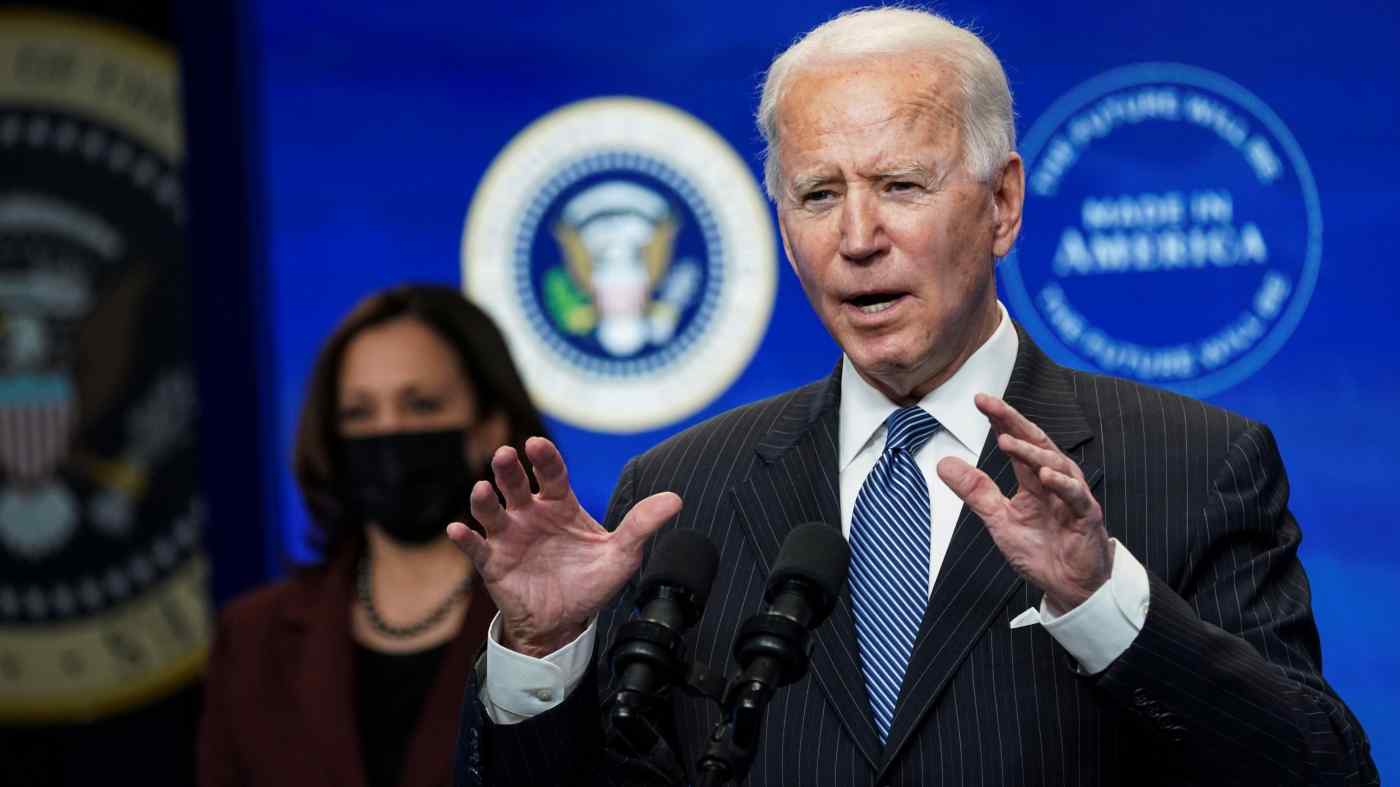 The Biden administration aims to make it harder for government agencies to purchase foreign products, raise the percentage of local content and use metrics such as job creation in the definition of U.S.-made. It also wants to extend the provisions to information technology -- which is currently exempt -- pending a review.

The executive order, titled "Ensuring the Future Is Made in All of America by All of America's Workers," comes as Asia and the world wait to see how Biden's stance on trade differs from that of his predecessor, Donald Trump.

While the new president on Monday criticized the previous administration's record of enforcing "Buy American" provisions, his tone was at times reminiscent of Trump's "America First" principle as he looks to kick-start a recovery from the COVID-19 pandemic.

"We will buy American products and support American jobs," Biden said at a news conference before signing the order, adding that "tens of billions of American taxpayers' dollars [supported] foreign jobs and foreign industries" under Trump's watch.

Imports already account for just a sliver of the U.S. federal government's purchases each year, where preference for domestic products has been required since 1933. Still, previous U.S. presidents including Trump also signed executive orders to tighten the rules.

In fiscal 2019, the federal government spent $586 billion on contracts for goods and services, according to the U.S. Government Accountability Office.

The volume of purchases covered by the rule could be more significant when taking into account the massive wave of procurement Biden's team has pledged, in areas including clean energy.

"We will invest hundreds of billions of dollars in buying American products and materials to modernize our infrastructure, and our competitive strength will increase in the competitive world," Biden said on Monday.

His administration has also vowed to invest heavily in strategic sectors including artificial intelligence to increase American competitiveness, partially a response to Beijing's "Made in China 2025" campaign.