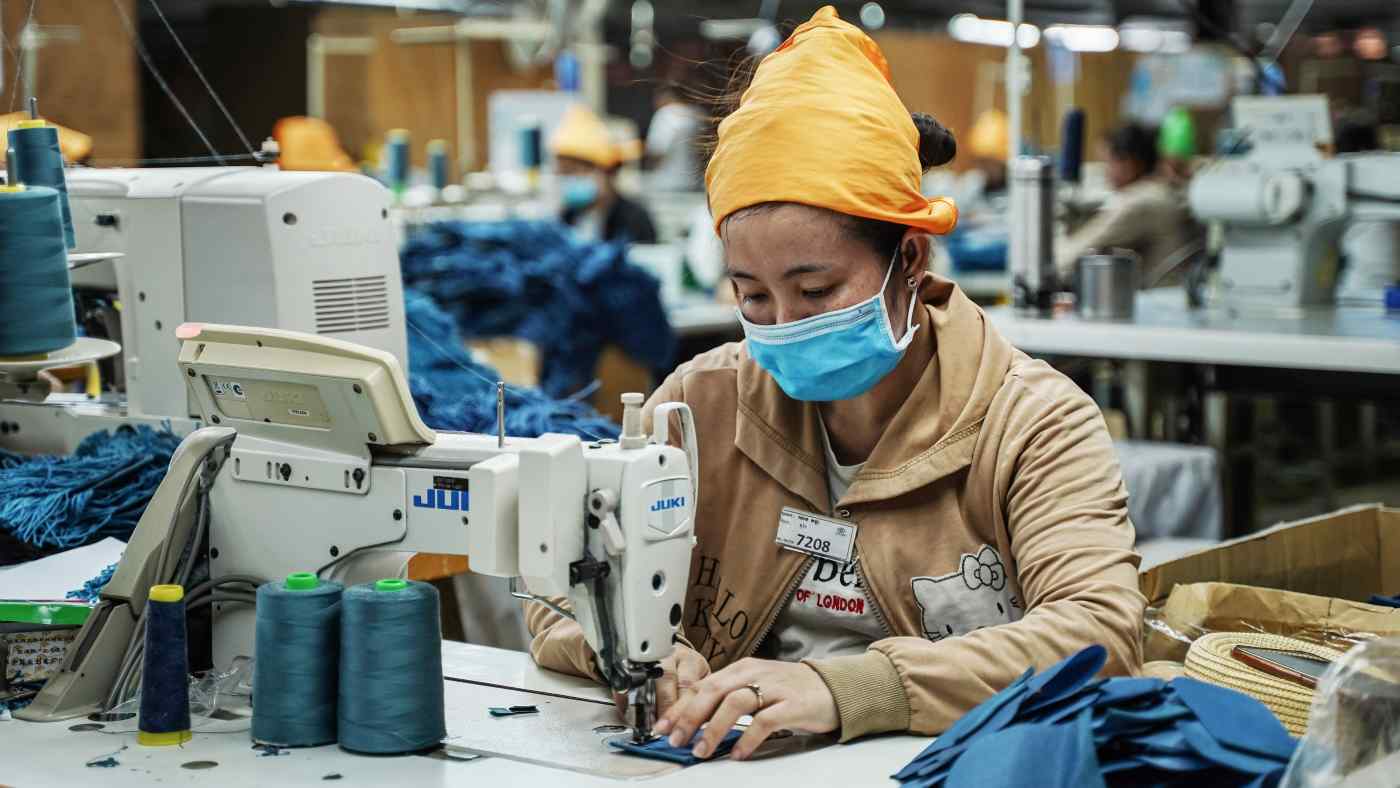 PHNOM PENH -- A group representing garment factories in Cambodia is urging the government to suspend the minimum wage to help the sector face "desperate times" in the wake of the coronavirus pandemic.

Cambodia's apparel and footwear sector is vital to the country's economy, generating $10 billion in annual exports and employing 800,000 people. It has been pummelled by the coronavirus crisis, which has wreaked havoc with global consumer demand.

More than 250 factories employing some 130,000 workers have suspended operations.

GMAC secretary-general Ken Loo said that with no new orders on the horizon employers needed "flexibility" to appeal to brands and avoid closure.

"Seeing that wages constitute almost up to 70% of local costs ... we really need to sit down and think about how we become more competitive overnight," Loo told the Nikkei Asian Review on Monday.

"We don't know when [demand will recover], but when that happens there will be new orders that will appear, however these limited orders will surely flock to countries that are the most price competitive."

Spearheaded by a determined union movement, Cambodia has approved several wage increases for the garment sector in recent years. Minimum salary for the sector has risen 137% since 2013.

Loo conceded that a temporary suspension was "unlikely" because the move was unprecedented. Ministry of Labor spokesman Heng Sour said he was not aware of the proposal.

"I think we should not listen to anything that is not written in law by anyone," Sour added via message.

Yang Sophorn, president of the Cambodian Alliance of Trade Unions, said GMAC's proposal was an "excuse" to avoid engaging in serious wage negotiations.

The government, she said, needed to do more to support workers. "I understand that employers are facing difficulty during the crisis. But for workers, it's even worse; they'll die first before the employer," she said.

Worker rights advocate Kun Tharo said he saw GMAC's proposal as a tactic deployed ahead of upcoming negotiations to determine next year's raise. He said the government's priority should be providing "adequate social support" to workers.

After years of annual growth around 7%, Cambodia is facing its first gross domestic product contraction since 1994, as the pandemic hits the main economic drivers of apparel, tourism and construction.

In May, the World Bank forecast at least 1.76 million jobs were at risk with GDP shrinking between 1% and 2.9% this year. However, in a more dire assessment, the Asian Development Bank last week predicted GDP could contract by 5.5%.

Currently, suspended garment workers are eligible for a $70 monthly payment, which is comprised of a $40 government stipend and a $30 contribution from employers.

The sector also faces the added crunch of losing some important European Union trading privileges in August, which were revoked by Brussels because of "systematic" human rights violations by the country's government.