Cambodia loses EU tariff privileges on $1bn worth of trade 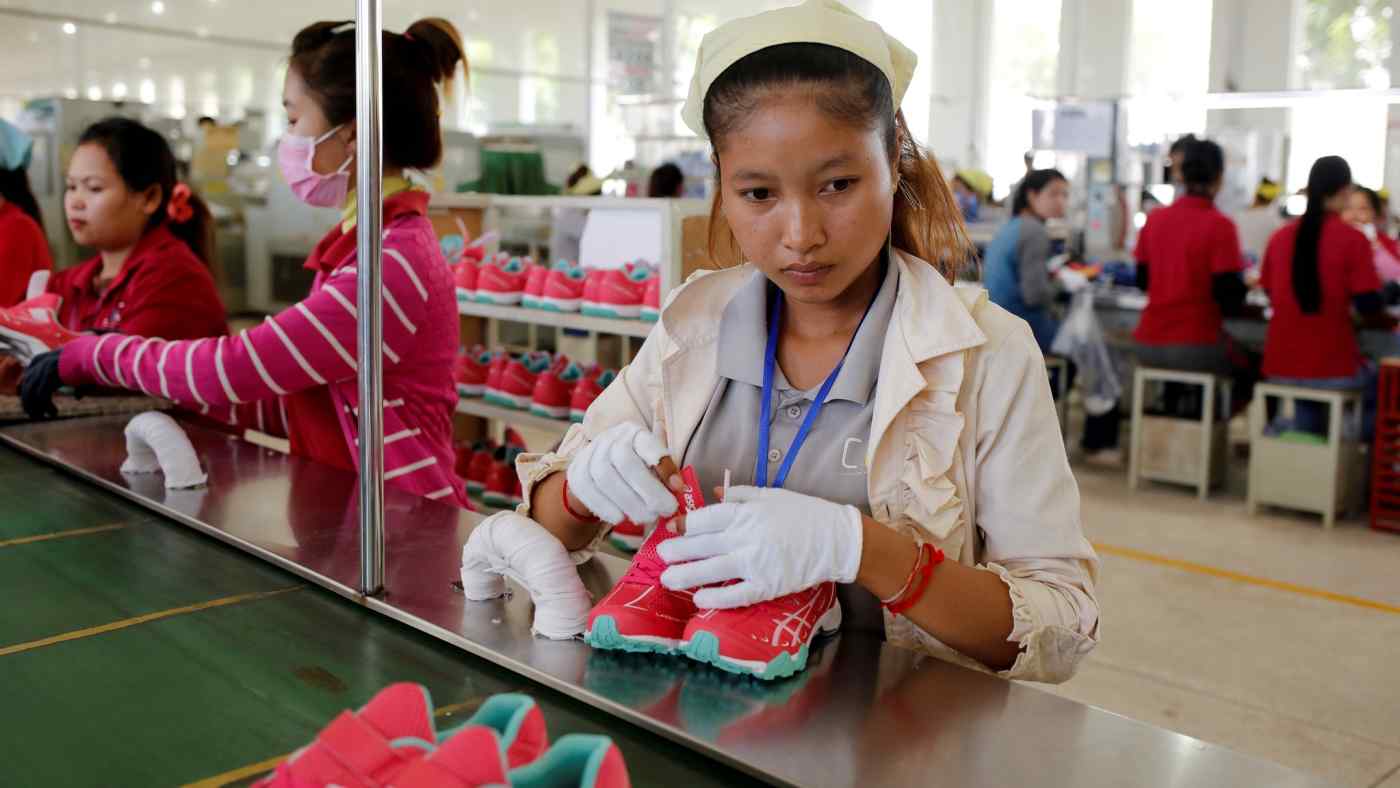 BRUSSELS -- The European Union said Wednesday that it will strip Cambodia of its preferential market access because of "systematic violations" of human rights, a decision that will raise tariffs on apparel and other goods made in the Southeast Asian country.

The higher tariffs will hit one-fifth of Cambodia's annual exports to the EU, or around 1 billion euros ($1.09 billion) in goods, the European Commission said.

All trade in Cambodian sugar and travel goods will be affected, as well as some exports of clothing and footwear. The move sends a strong message to Prime Minister Hun Sen's government in Cambodia, which counts the EU as its biggest trading partner.

"The duration, scale and impact of Cambodia's violations of the rights to political participation and to the freedoms of expression and association left the European Union with no other choice," Josep Borrell, the commission's high representative for foreign affairs and security, said in a statement.

Cambodia immediately criticized Brussels' "unjust move," saying the decision is "politically driven and is devoid of objectivity and impartiality" in a statement issued the same day.

Cambodia had enjoyed tariff-free access to the EU market under the bloc's Everything But Arms trade program, designed to support economic development in the world's poorest countries. In 2018, 45% of Cambodia's exports went to the EU. Cambodian Prime Minister Hun Sen is under pressure from the EU over a crackdown on opposition.   © Reuters

Wednesday's decision replaces some of the preferential tariffs with standard EU duties. The change takes effect Aug. 12, barring an objection from the European Parliament or the European Council, which consists of the leaders of member state governments.

The decision threatens to deal a blow to Cambodia's economy "not merely because of the inevitable increase in the price of Cambodian exports to the EU market, which could hurt employment in key sectors, but also due to the uncertainty that it creates, which could have a negative impact on investment in general and foreign direct investment in particular," said Mike Plummer, director of the Johns Hopkins University School of Advanced International Studies Europe.

Given other uncertainties, including the coronavirus outbreak, "the timing is particularly bad," Plummer added.

Daniel Russel, vice president of the U.S.-based Asia Society Policy Institute, said: "Hun Sen has gone all-in on China as Cambodia's principal economic partner and the EU's suspension of some trade preferences will cause him to double down on economic ties with China."

But "because a huge number of Cambodians are employed by the garment and footwear industry, the EU's move could add to a political backlash against Hun Sen and the ruling party," said Russel, who served as U.S. assistant secretary of state for Asian affairs in President Barack Obama's administration.

The EU appears to have stopped short of a full withdrawal of preferential tariffs, in order to encourage Hun Sen's government to ease its grip.

"We recognize the progress Cambodia has made, but serious concerns remain," EU Trade Commissioner Phil Hogan said. "Our aim is that the Cambodian authorities end human rights violations, and we will continue working with them in order to achieve that."

The EU warned Cambodia in November of the potential suspension of trade benefits. Hun Sen's government is accused of a crackdown on the opposition and the media.

The commission said it might review its decision and reinstate preferences granted under the EBA program.