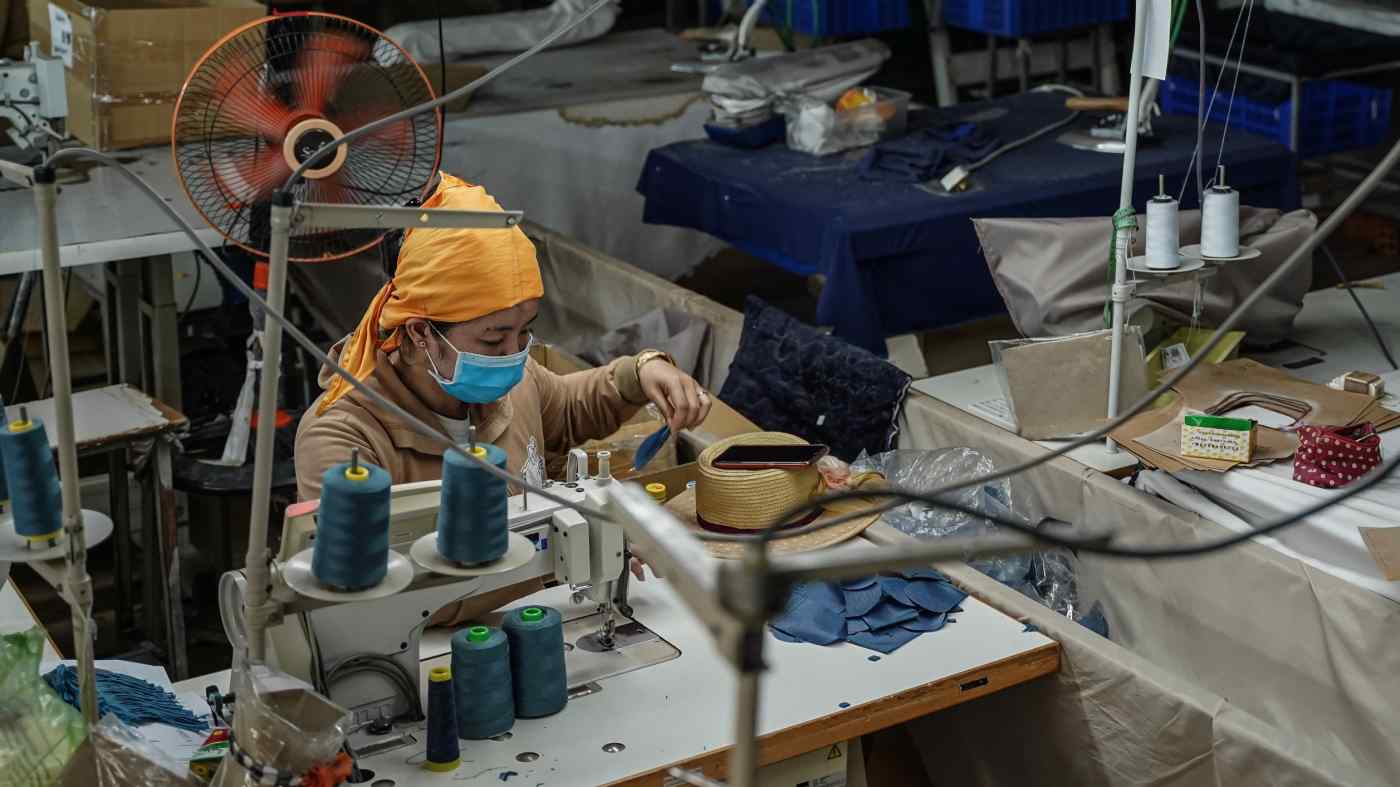 PHNOM PENH -- The European Union on Wednesday enforced trade sanctions against Cambodia in response to its government's oppression of political opponents, among other human rights violations.

EU tariffs will now be levied on about 20% of Cambodia's exports to the bloc, or about $1.1 billion of shipments in dollar terms.

The punitive measures, certain to exacerbate Cambodia's unfolding economic crisis precipitated by the coronavirus pandemic, stem from a year-long review concluded in February.

The review, triggered in 2018 after Cambodia's main opposition party was banned and its leader Kem Sokha was charged with treason, recommended partially suspending Cambodia's privileges under the Everything But Arms (EBA) scheme.

The scheme grants developing nations duty-free access to the bloc for all exports except weapons and ammunition, but requires beneficiary countries to abide by human rights conventions.

The preferences are vital for Cambodia's $10 billion garment and footwear sector, which has already suffered mass job suspensions after global consumer demand collapsed amid the pandemic.

Cambodia sent about 25% of its exports to Europe in 2019, according to the World Bank. The country is the second-largest beneficiary of the scheme after Bangladesh, one of its biggest rivals in the low-cost apparel export sector.

The country will now face tariffs of up to 12% on 40 items it exports to the EU, including travel goods, sugar, and some garment and footwear products.

In a statement on Wednesday, Europe's Commissioner for Trade Phil Hogan said he remained open to restoring Cambodia's full EBA benefits if it showed "substantial improvement" in its respect for human and labor rights.

"We have provided Cambodia with trade opportunities that let the country develop an export-oriented industry and gave jobs to thousands of Cambodians," Hogan said.

"We stand by their side also now in the difficult circumstances caused by the pandemic. Nonetheless, our continued support does not diminish the urgent need for Cambodia to respect human rights and labour rights."

Cambodia's longtime Prime Minister Hun Sen, however, has remained defiant and refused to make the concessions demanded by Brussels, such as dropping the case against Sokha. Workers make garments at a factory in Phnom Penh. Cambodia now faces tariffs of up to 12% on 40 items it exports to the EU, including travel goods, sugar, and some garment and footwear products.

Instead, the government has turned to its close ally China for support and is expected soon to sign a bilateral free trade agreement with Beijing.

Analysts, however, say the FTA, which focuses on agricultural exports and was completed in less than six months, appears symbolic rather than practical and will do little to help Cambodia's apparel sector, which employs more than 900,000 workers.

"It won't be enough. China is just not as big an export market for Cambodian apparel" said Riley Walters, an economist at the Heritage Foundation's Asian Studies Center.

"Cambodia's deteriorating trade relationship with the EU is tangent with its deteriorating human rights record," Walters said. "It's a shame though that these types of broad sanctions will end up hurting Cambodians more than those in power."

Economist Intelligence Unit analyst Imogen Page-Jarrett said the organization forecast Cambodia's goods exports to contract 13.4% this year. The downturn, she said, would principally stem from weak demand, but would be exacerbated by the partial EBA loss. Ramifications, she added, could be serious.

"We expect the factory closures and subsequent job losses in the manufacturing sector to contribute to rising unemployment in Cambodia," Page-Jarrett told the Nikkei Asian Review.

"We expect rising redundancies to spark demonstrations against employers and the government. The security forces will launch swift and harsh responses, which will stop protests from spreading. However, there is a risk that unrest could spread into a widespread movement and threaten political stability."

Sheng Lu, an associate professor at the University of Delaware's department of fashion and apparel studies, said the suspension would result in a "significant and lasting" impact on Cambodia's apparel sector.

"For those apparel categories directly targeted by the EBA suspension, EU fashion brands and retailers may quickly shift sourcing orders from Cambodia to other supplying countries to avoid paying the additional tariffs," Lu told Nikkei.

"Chasing the low price, including taking advantage of the EBA duty-saving benefits, is the predominant reason why EU fashion companies choose to source from Cambodia."