Cars and cardboard drive gains, even as some companies warn on overreliance 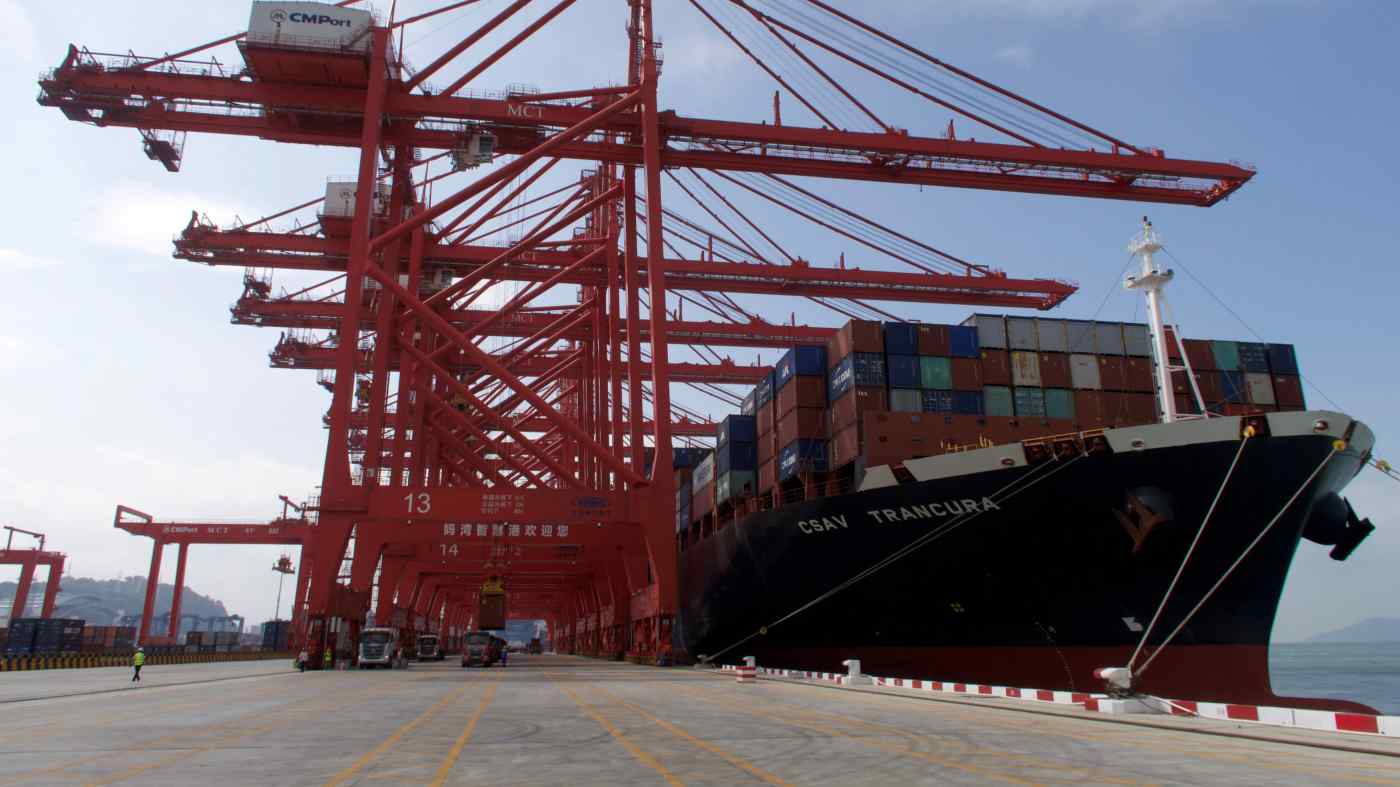 TOKYO -- China consumed more than 20% of Japanese exports for the first time last year, driven largely by its ability to shake off the effects of the coronavirus pandemic on its economy quicker than other major trading partners.

China took in 15.08 trillion yen ($146 billion) worth of Japanese goods in 2020, according to preliminary data released Thursday by Japan's Ministry of Finance, leapfrogging the U.S. to become Japan's leading destination for exports for the first time in two years.

This came despite some Japanese businesses warning of the risk of relying too much on China, given the U.S. trade war and other uncertainties.

China and the U.S. have repeatedly alternated as Japan's leading trading partner since the late 2000s. Last year, China accounted for 22% of all exports, while the U.S. trailed at 18.4%.

Total Japanese exports fell by 11.1% to 68.4 trillion yen due to weak demand from Europe and the U.S. Chinese-bound exports, however, gained by 2.7%.

"China made a quick recovery from COVID and sales increased," a Toyota executive said.

Auto parts supplier Musashi Seimitsu Industry boosted China-bound exports by double digits in value terms last year. Although a slump occurred in the first half of 2020, a recovery ensued from June. The company has also successfully responded to demand from electrified vehicles.

"Our share [of exports] to China, where sales of electric and other vehicles are strong, will expand further going forward," said a Musashi Seimitsu Industry executive.

The automotive industry was not the only beneficiary of Chinese demand. Paper exports to China jumped 26.6% by value. Shipments of cardboard material soared 93% to 880,000 tons last year, according to preliminary data from the Japan Paper Association.

Waste paper is used to make cardboard, but the Chinese government has started tightening restrictions on such imports of its environmental policy. Foreseeing the added hurdles in procuring cardboard material, Chinese importers have brought in more from overseas.

"Exports to China will increase going forward," said Toru Nozawa, the chairman of the Japan Paper Association and president of Nippon Paper Industries.

Steel is also in demand. China has put public works investments front and center of its economic stimulus measures. Facing a decrease in demand at home, Tokyo Steel Manufacturing restarted steel exports to China for the first time in a decade.

Yet Japanese companies have voiced concern about the risk of a rising reliance on exports to China. During the 2010s, the share of Japanese exports going to China held steady between 17% to 19%.

One large auto parts supplier's Chinese business generated over 20% of consolidated sales in December, up from 10% last spring. The company aims to boost the shares of its revenue from Western markets as well as other countries in Asia.

"There are various risks in China, such as political interference," said a representative at the auto supplier.