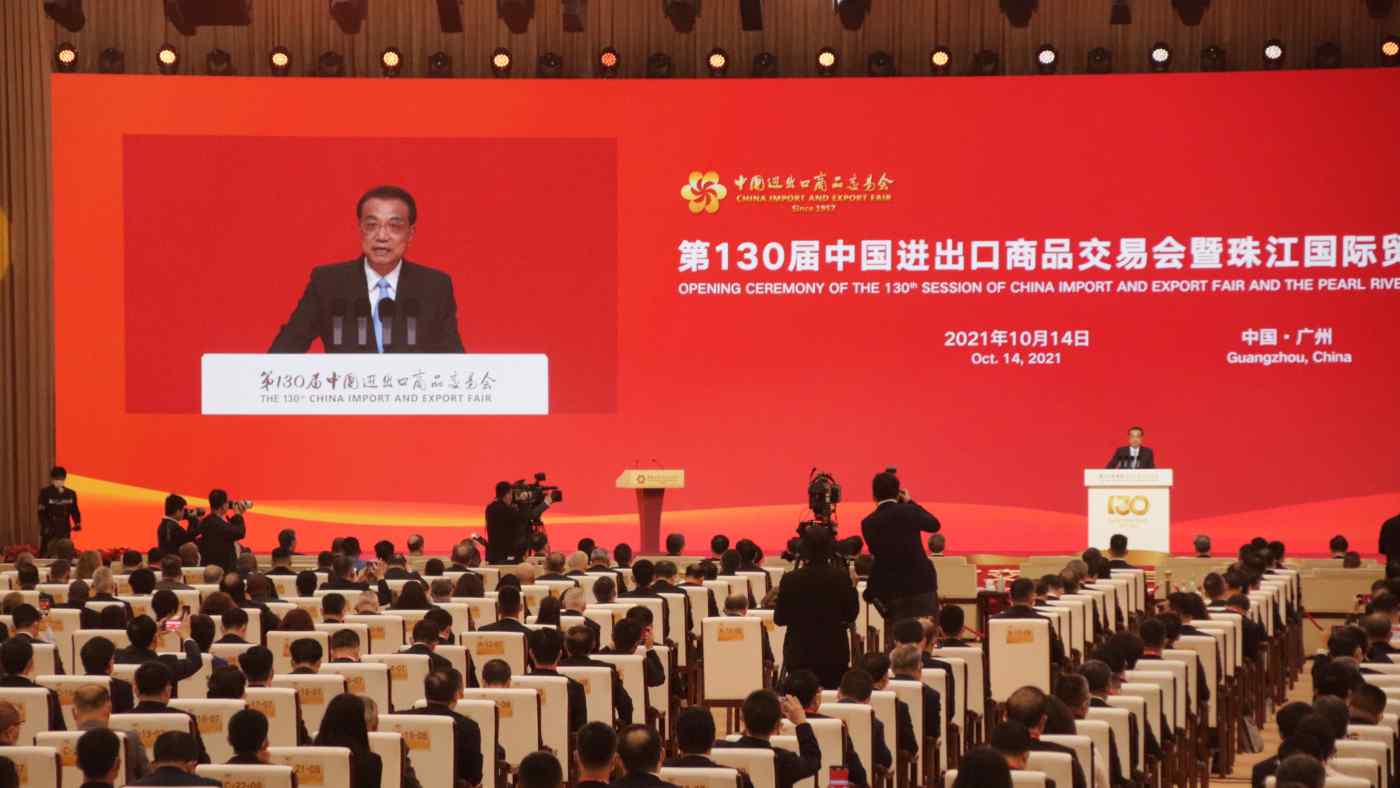 GUANGZHOU -- China "can strengthen cooperation in trade through free trade agreements with high standards," Premier Li Keqiang said Thursday in a keynote speech for one of the country's largest trade fair, amid questions about China's application to join the CPTPP.

"We will actively participate in and promote" deals like the Comprehensive and Progressive Agreement for Trans-Pacific Partnership, Li said at the opening ceremony for the China Import and Export Fair. Also known as the Canton Fair, the event is attended by overseas suppliers and traders and runs from Friday to Tuesday.

The message at the closely watched trade event seemed intended to assure skeptics of China's commitment to free trade. Its CPTPP bid last month raised questions about Beijing's ability and willingness to meet the requirements of the trade deal, including reform of state-owned enterprises and free cross-border data flows.

"The doors of liberalization are already open in China, and they will open further going forward," Li said.

He stressed Beijing's willingness to engage with both the CPTPP and the Regional Comprehensive Economic Partnership, another major regional trade pact that participants aim to bring into force in January.

Beijing will push for RCEP to go into effect along with the pact's other members, Li said, as well actively advance the process of joining the CPTPP while moving to sign more high-standard free trade deals.

Li's address touched on the state of the Chinese economy, acknowledging that "the speed of development slowed somewhat" last quarter but stressing that the government is "confident we can achieve our overall development targets for 2021."

On the power shortage that is starting to hit China's economy, Li said, "We will use various methods to ensure a stable supply of electricity this winter and spring."

The Canton Fair had been held virtually since 2020 due to the coronavirus pandemic. While the in-person format has returned for this edition alongside the online fair, it has been shortened to five days from the originally planned 20. Attendees must show proof of a negative PCR test within the preceding 48 hours.

With overseas participants largely joining in virtually, the fair may lack some of its usual bustle.